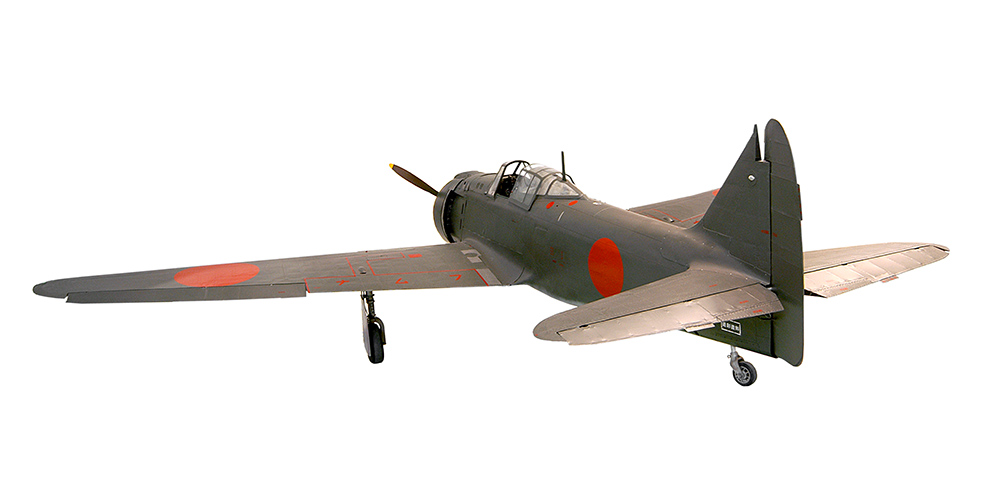 Initially conceived as a stop gap design, the Kawasaki Ki-100 1b was one of the finest Japanese fighters of World War Two although not introduced until 1945.

One consequence of the American ‘island hopping’ campaign across the Pacific was to expose Japan to air attack by long range bombers. In response, the Imperial Japanese Army Air Force urgently sought fighters with improved high altitude performance.

To meet this need in the short term, Kawasaki produced a high altitude version of the Ki-61 Hien (Swallow) fighter. However, problems with its liquid cooled engine resulted in large numbers of airframes being placed in storage awaiting serviceable engines. In an attempt to overcome this bottleneck, three airframes were modified to accept a Mitsubishi radial engine.

Redesignated the Ki-100, the first prototype made its maiden flight on 1 February 1945. Following an accelerated and highly successful flight test programme, 272 of the stored airframes were rebuilt to Ki-100 1a standard between February and June 1945 and pressed into service as Army Type 5 fighters. An additional 118 new airframes with bubble canopies designated Ki-100 1b were manufactured before the Japanese surrender.

Manoeuvrable, rugged, well armed and reliable, Allied pilots found the Ki-100 a formidable opponent. This is the only one to survive.