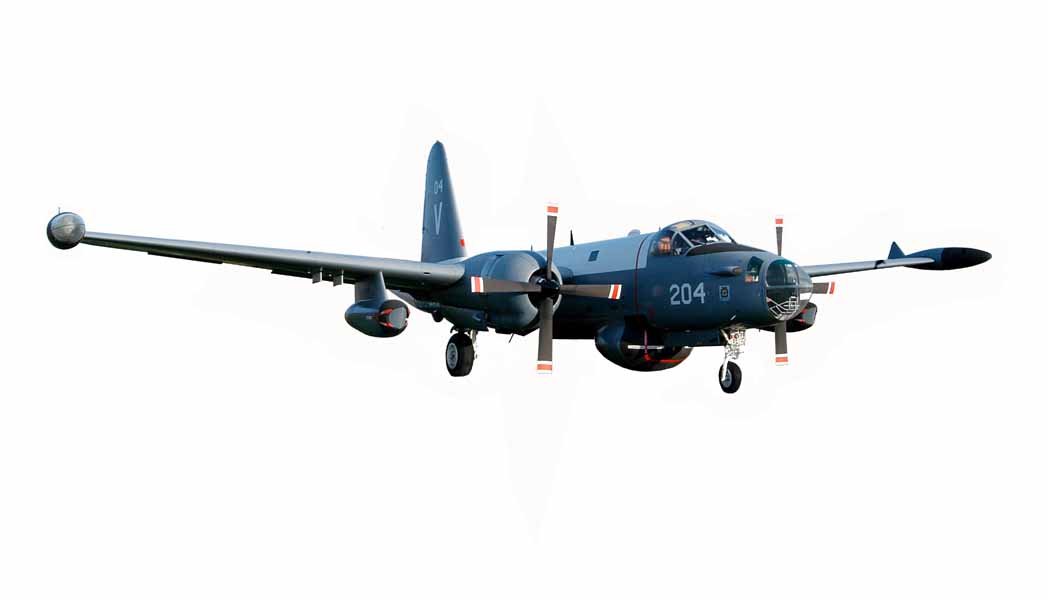 The P-2H Neptune is a land based maritime patrol and anti-submarine aircraft. It was designed during WWII and is powered by two piston engines and two jet pods to assist in take-off and for extra power when required to reach submarine contacts. Its first flight was on 15 May 1945 and squadron delivery was in March 1947. More than 1100 were built and no other post war maritime patrol aircraft has been built in such large numbers.

Bought by several armed forces, the Neptune served with the Royal Air Force in six squadrons of Coastal Command and on one flight (No.1453 Flight) for Airborne Early Warning Trials during the period 1952 to 1957.