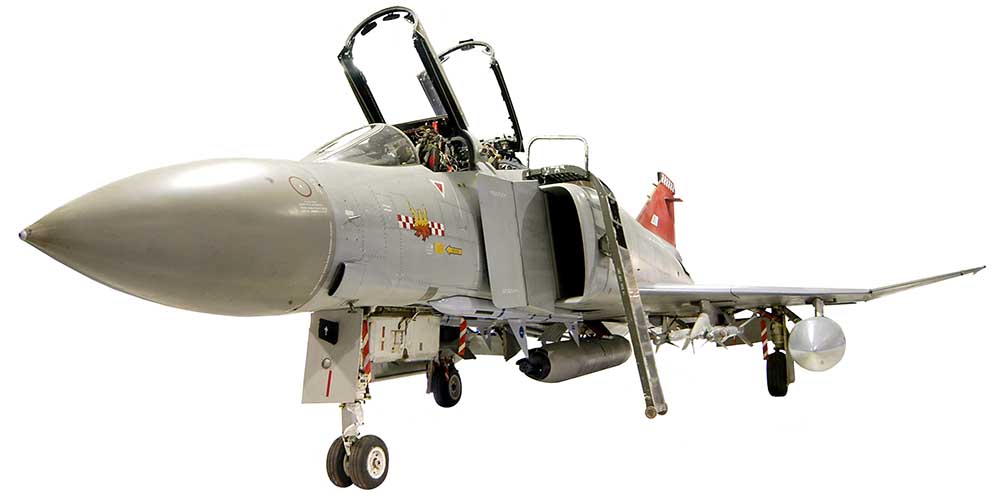 The Phantom formed a major part of the Royal Air Force’s combat aircraft strength for over twenty years and provided the Service with one of the world’s most capable strike fighters.

Two versions of the Rolls Royce Spey-powered Phantom entered service with the Royal Air Force. The FG1 (the version also used by the Royal Navy) in the interceptor role and the FGR2 in the ground attack and tactical reconnaissance role in Germany. From 1977, all the Royal Air Force Phantoms were used exclusively as interceptor fighters over United Kingdom air-space.

With the deployment of Phantoms to the South Atlantic in 1982 an additional order for 15 Phantoms was placed. These were second hand United States Navy F-4Js fitted with General Electric F-79 engines. After an extensive refurbishment and the fitting of some British equipment they were designated F-4J(UK).

The collapse of the threat from the Eastern Europe led to an accelerated run down of the Phantom fleet and the last unit disbanded at the end of September 1992.