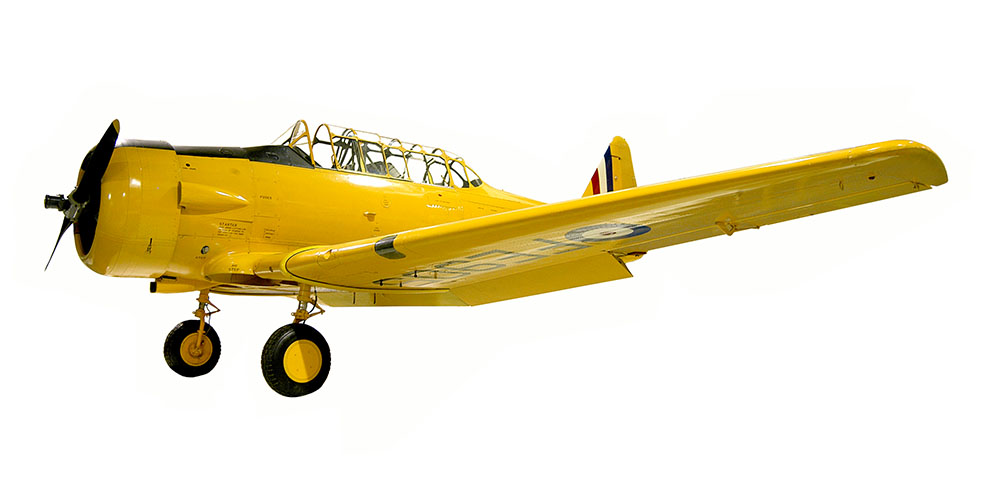 The North American Harvard trainer was built in greater numbers than most combat aircraft during World War Two, 17096 being produced. By the end of the War over 5000 had been supplied to British and Commonwealth Air Forces.

As conflict became inevitable the Royal Air Force expansion programme demanded a massive increase in pilot training and to meet this need the Empire Air Training Scheme was established.

The Royal Air Force soon turned to the United States to acquire the trainer aircraft needed to equip the Scheme. The Harvard was one of the first American aircraft ordered by the RAF when a contract for two-hundred was placed in June 1938. British purchasing contracts reached 1100 before American Lend Lease arrangements began.

Some of the first aircraft were delivered to the United Kingdom, but soon after the outbreak of war the majority of flying training units were moved to Canada, Southern Rhodesia and the United States. This made room for operational aircraft in Great Britain and provided safer conditions for training.

Harvards were gradually withdrawn from Royal Air Force service in the 1950s.