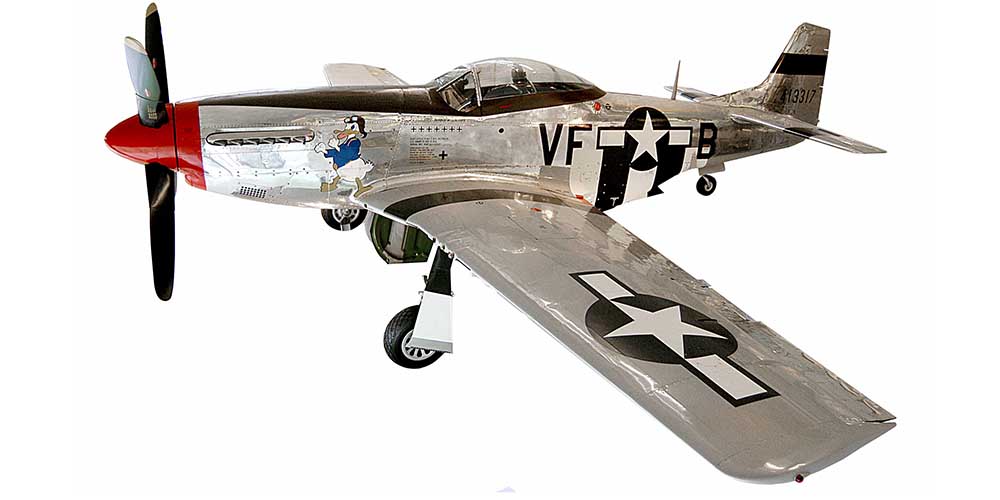 The Mustang was undoubtedly one of the most versatile and successful single-seat fighters of World War Two. Originally designed to meet a British requirement early versions quickly demonstrated their superior performance and when later Mustangs were fitted with a Rolls-Royce Merlin engine the Allies had one of the truly great fighters of the 20th Century.

The fitting of drop tanks allowed Mustangs to escort American bombers all the way to Berlin and back. The everyday appearance of such a superb Allied fighter over the German capital sounded the death knell of the Third Reich.
What makes this a milestone aircraft?

Apart from being the most successful aircraft of its type, the Mustang illustrates the close co-operation between the USA and the UK. The Americans produced one of the best fighter airframes in the world and when matched to the superb British Merlin aero-engine a thoroughbred was born.