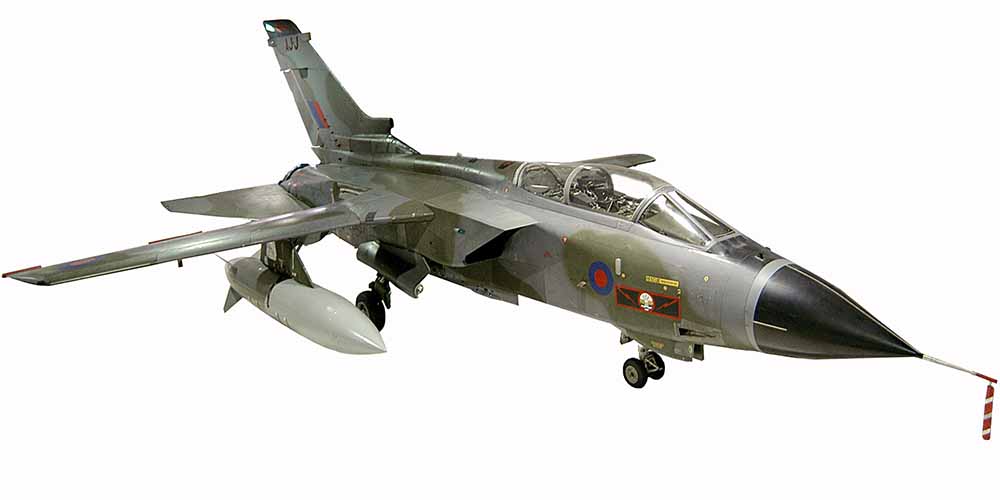 Built by British Aerospace (BAe) at Warton in Lancashire in 1983 and delivered to the Tornado Operational Evaluation Unit at Boscombe Down in December 1983. This aircraft later served with Nos. 9, 15, 17 and 617 Squadrons and in ‘Operation Desert Storm’, the Gulf War, between January and February 1991.

The aircraft carries the name ‘Bob’ from the popular television comedy series ‘Black Adder’. Modified to a GR1B in 1994 to carrying the Sea Eagle anti-shipping missile. Last served with No.2 (AC) Squadron. Delivered by road to RAF Museum London in July 2003.

The aircraft has No.617 Squadron markings on nose and tail, the latter reproducing the wartime Avro Lancaster ‘Dambusters’ era Squadron codes, AJ-J. Other markings include two mission symbols below the port side of cockpit, dated 2001, following attacks on Iraqi targets and serial number ZA457.