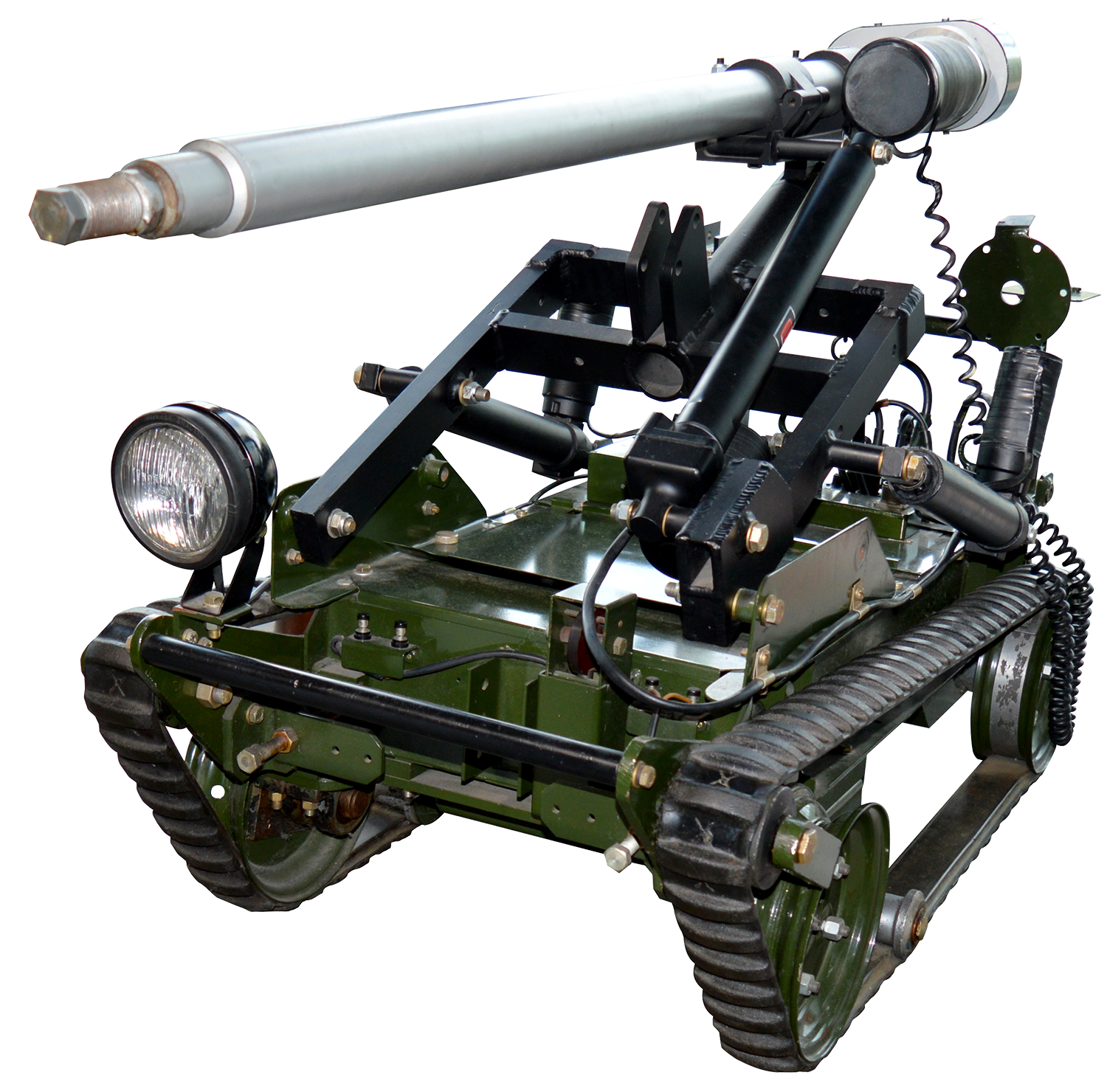 The second half of the Cold War saw a major increase in urban terrorism. The Wheelbarrow is a remotely controlled bomb disposal vehicle designed to allow a detailed investigation of a suspect explosive device to take place while protecting the operator’s life.

Originally produced in 1972 at the request of British Explosive Ordnance Disposal (EOD) personnel in Northern Ireland, the design was based on an electronically powered three-wheeled garden wheelbarrow – the name remained even though the wheels soon gave way to tracks.

Since then Wheelbarrows have greatly improved in performance and versatility. Both the British Army and the Royal Air Force use Wheelbarrows.