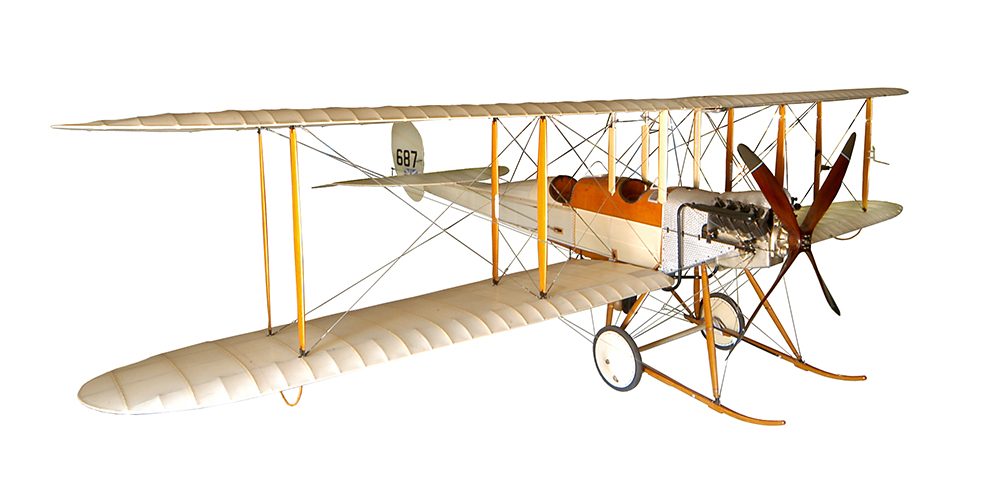 The BE2b evolved from earlier aircraft after a great deal of experimental work by the government-owned Royal Aircraft Factory at Farnborough and proved to be one of the first practical aircraft supplied to the Royal Flying Corps.

The BE2b was the outcome of further design work by the Royal Aircraft Factory on the earlier BE2a version. It was produced by outside contractors from 1914. It had an improved fuselage giving the crew a little more ‘comfort’ and the arrangement of the elevators and rudder controls was revised. Wing warping was retained for lateral control and the 70hp Renault engine was kept as standard. Development continued and eventually wing warping was replaced by ailerons.

In August 1914 three squadrons equipped with this reconnaissance and light bomber were immediately sent to France on the outbreak of World War One. The early BE2a and 2b aircraft remained in operational service into 1915. When withdrawn from squadron service they were transferred to flying training establishments.

It is impossible to say how many BE2, 2a and 2b aircraft were built because of the early practice of rebuilding damaged aircraft but it is thought to be in the order of 150.