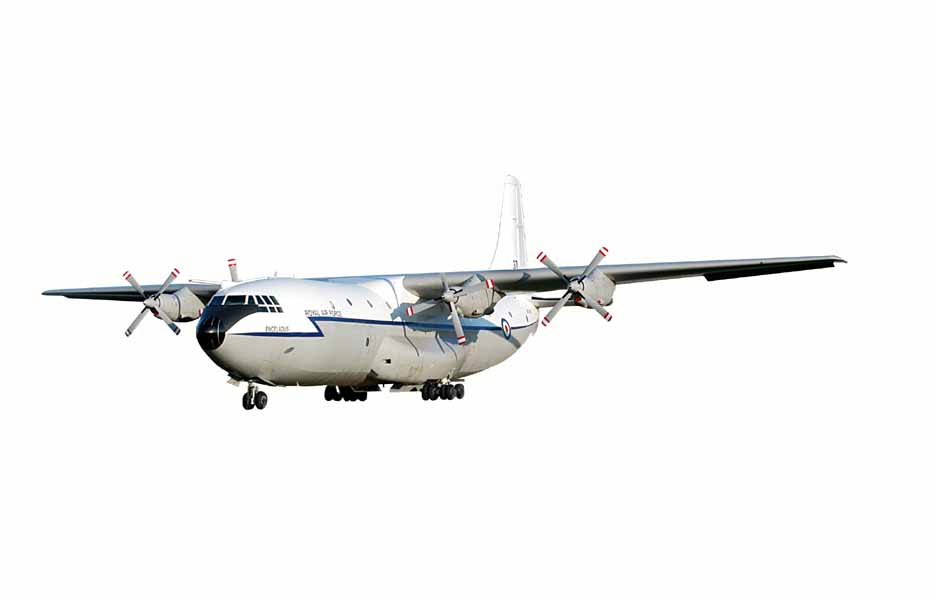 Design of this long-range, strategic transport aircraft began in February 1959, with the first flight in January 1964. Only ten of the originally ordered thirty Belfasts were built, all for the RAF.

The Belfast, built by Short Brothers, is a giant of an aircraft at over 48m (158ft) span and 41m (136ft) long, weighing 56 tons empty and more than twice that when fully loaded; consequently each aircraft was named after a giant and XR371 was called ‘Enceladus’.

The Belfast could carry 150 fully-equipped troops or a Chieftain tank or two Wessex helicopters. It has enough room in its hold to carry two single deck buses.

It worked all over the world on special flights for the armed forces until phased out of service in 1976. Belfast XR371 was flown to Cosford in the Autumn of 1978.