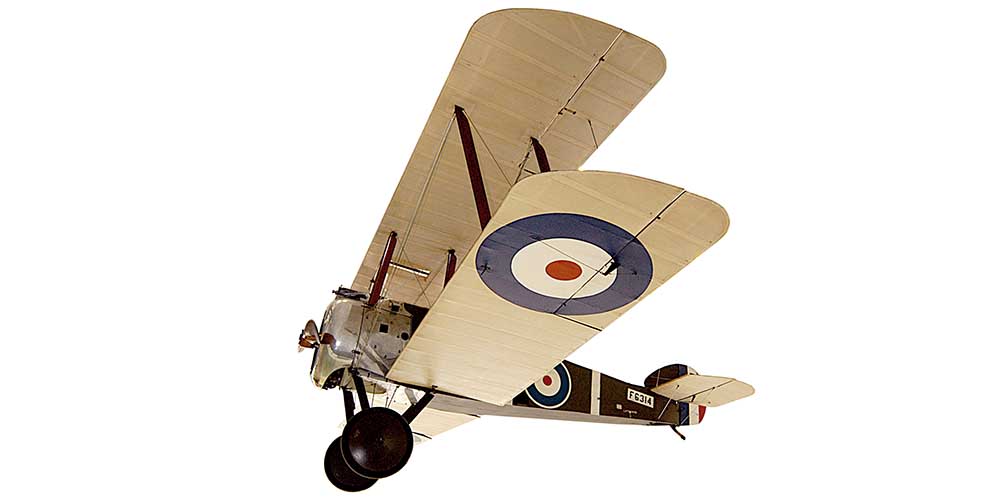 So famous the Arabs named an animal after it
J.M. Ramsden

The Camel designed by Thomas Sopwith was the highest scoring fighter of World War One. This single-seat fighter took its name from the hump over the breeches of the two front machine guns; the nickname given it by one of the squadrons was rapidly adopted as the types’ name.

The first prototype flew in December 1916 and two main versions were produced by a variety of contractors, the F1 and the 2F1 shipboard variant, both powered by no fewer than six different rotary engines at various stages.

Its handling characteristics were a gift to the skilful pilot but could kill the slow or unwary. This made the Camel ideal for daylight combat but versatile enough to allow it to be used as a night fighter and ground attack aircraft. The shipboard 2F1 Camel also saw some success operating against German airships and seaplanes over the North Sea.

Production totalled some 5500 aircraft, the final number being confused by cancellations and non-delivery after the Armistice.

The Camel saw extensive service in home defence, over the Western front, in the UK on training and test work until 1923 and in other countries up until 1928 – a remarkably long career for the time.
What makes this a milestone aircraft?

This aircraft was held in the same high regard by those who fought in World War One as the Spitfire was for those involved in World War Two. With a superb fighting record it is hardly surprising it was nicknamed The King of the Air Fighters”.”