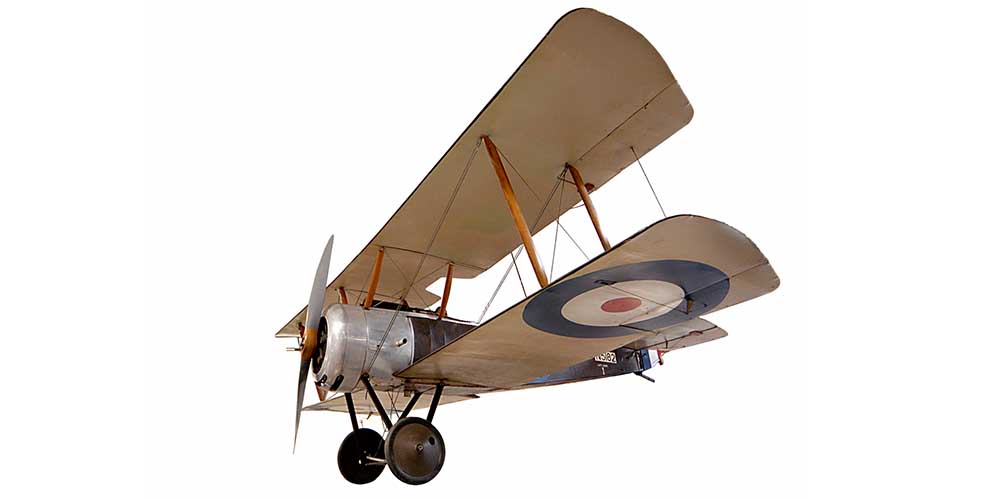 The Pup, thought of by its pilots as the perfect flying machine, was used extensively by the Royal Naval Air Service and the Royal Flying Corps both at home and abroad.

The first Pups reached the Western Front in the autumn of 1916 allowing the enthusiastic British pilots to maintain their hard won domination until mid-1917 when newer German aircraft redressed the balance.

.no matter how good the [German] pilot was.when it came to manoeuvring the Sopwith [Pup] would turn twice to an Albatros’ once.” Lt (later Major) J.T.B McCudden VC – British fighter ace.

Officialdom hated the name Pup thinking it undignified. They decreed the aircraft should only be referred to as the Sopwith Scout; this order did more than anything else to perpetuate the name Pup in history. Much experimentation took place at sea with Pups some were flown from tiny platforms built on gun-turrets of cruisers and on 2 August 1917 Sqn Cdr Dunning became the first man to land an aircraft on an aircraft carrier when he brought a Pup down on HMS Furious. Dunning was killed on his third landing when his machine crashed over the side of the ship.
“