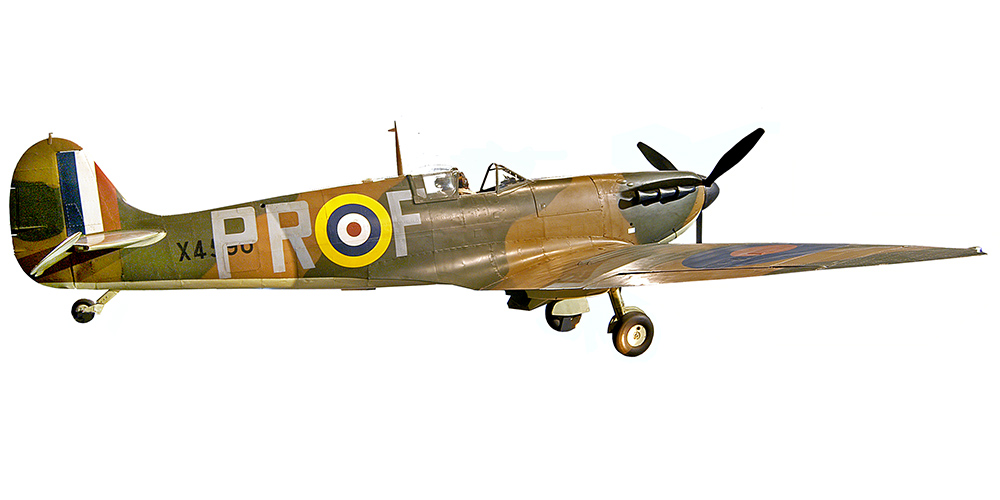 The Spitfire is the most famous British fighter aircraft in history. It became a symbol of freedom during the summer months of 1940 by helping to defeat the German air attacks during the Battle of Britain. It was the highest performing Allied aircraft in 1940.

The crowds at the 1936 RAF Display at Hendon had a first glimpse of the prototype Spitfire in the New Types Park but it was not until August 1938 that production Spitfires began to enter service. By the outbreak of war, a year later, nine squadrons were equipped. In spite of vigorous demands from the France the Commander in Chief of Fighter Command refused to send any Spitfires to France during the German Blitzkrieg of 1940. The wisdom of that decision was clearly shown. By July 1940 RAF Fighter Command had nineteen Spitfire MkI squadrons available.

Once the RAF modified their tactics to properly counter the Luftwaffe, the Spitfire MkI proved to be the only British fighter capable of meeting the Messerschmitt Bf109E on equal terms. Often the outcome of a combat depended more on the quality of the pilot than his aircraft.

Further improvements in performance were made by fitting new type propellers, known as constant speed units, and modifying the Merlin engine to run on 100 octane fuel.