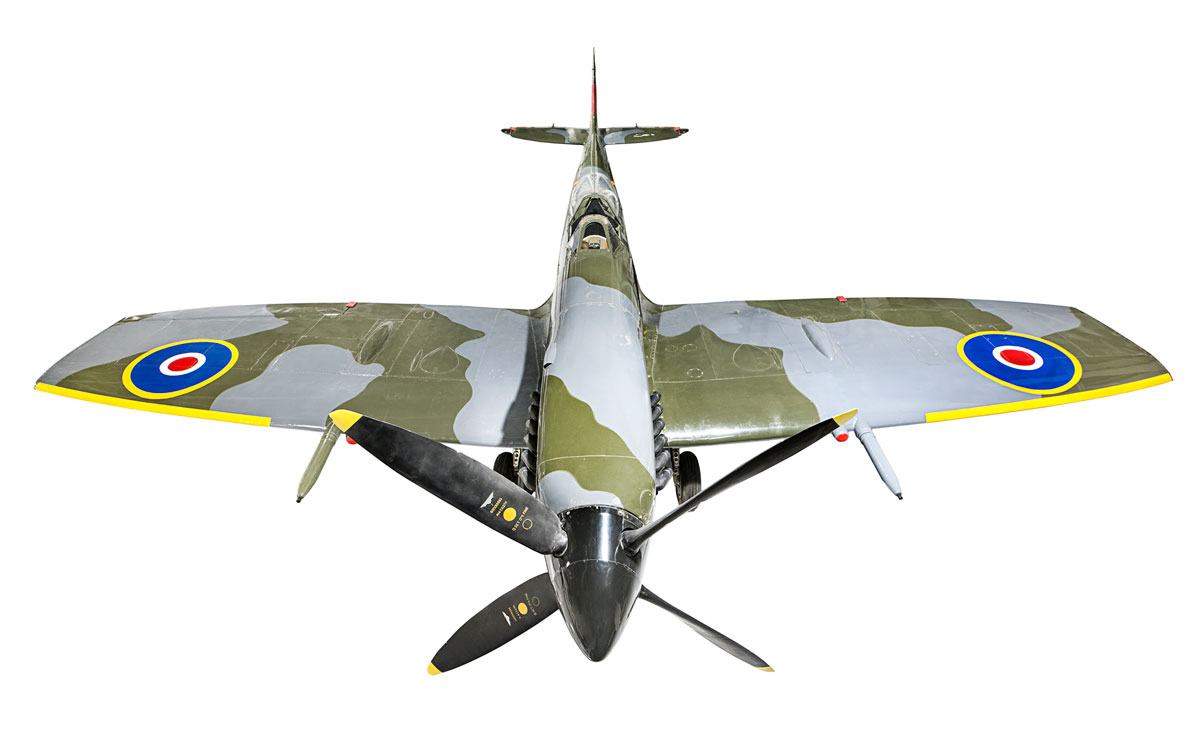 The Spitfire XVI was the last major version of the Spitfire to be powered by the Rolls-Royce Merlin before introduction of the RR Griffon powered variants. Externally similar to the Mk.IX, it was powered by the US licence-built Packard Merlin 266 and was flown with both normal and clipped wings. Later production examples featured a cut-down rear fuselage with a sliding bubble canopy to improve the pilots’ view. Total production of the type was 1,054, entering service in November 1944 and remaining in production until August 1945, the last month of the war. It was used as a fighter bomber against V2 rocket sites and airfields in the closing months of the European war, and a handful remained in RAF service until the mid-1950s. This explains why so many of this variant survive today, helped by the use of many as RAF station Gate Guardians into the 1980s, including the Hendon example.