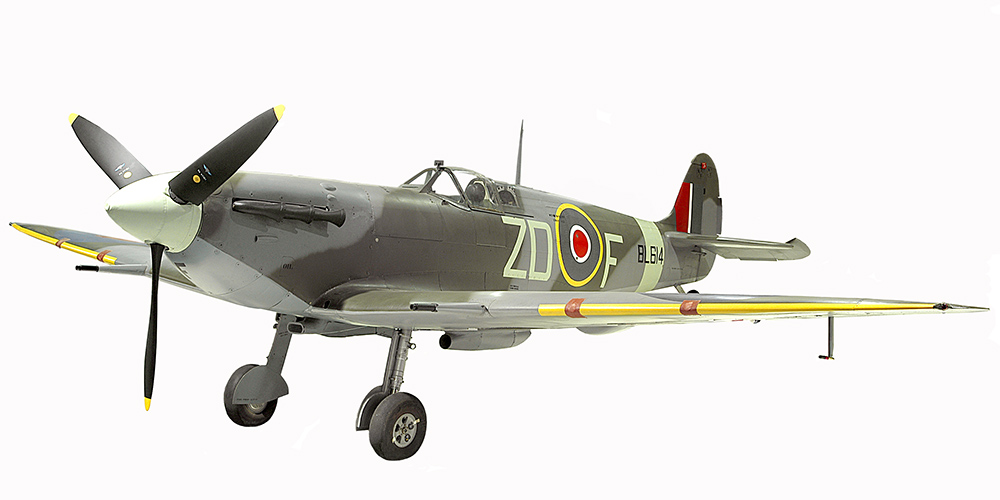 The Spitfire MkV was one of the most successful ‘stop-gaps’ ever introduced into Royal Air Force Service. Over one hundred and forty RAF squadrons operated the type. It served on all battlefronts and was supplied to nine other countries including the Soviet Union and the United States.

During 1940 the Spitfire MkI and MkII barely maintained superiority over the Messerschmitt Bf109E so the Air Staff turned their attention to the question of a replacement. Their preferred successor was the MkIII, fitted with a Merlin XX engine and incorporating a new wing design.

Realising it would take time to tool up for a new production aircraft and because of problems with the Merlin XX, the Air Ministry asked Rolls-Royce, as an interim measure, to install the Merlin 45 engine in the Spitfire MkI airframe. Between 1941 and 1943 over 6500 of this MkV version were produced. The spitfire MkIII never did go into production but some of the new design features intended for it were incorporated into the MkV

By 1944 only five squadrons remained in service. Even so, two Spitfire MkV squadrons provided gunfire direction on 6 June 1944 for naval units off the D-Day beached of Normandy.