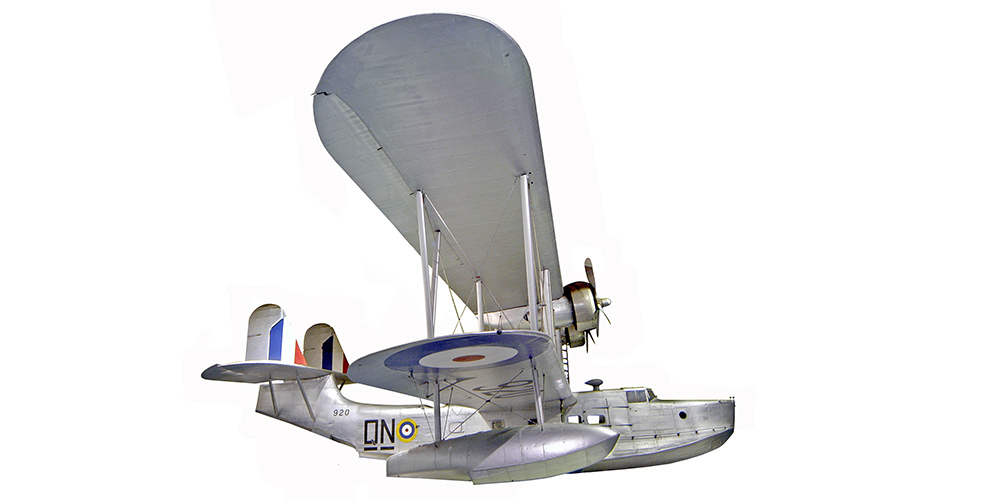 The Stranraer was the final development of the Southampton flying boat to be put into production and was one of the world’s last biplane flying boat.

A production contract was placed in August 1935 for seventeen aircraft. The first joined No.228 Squadron at Pembroke Dock in early 1937. Two units were equipped with Stranraers during the early part of World War Two. Withdrawn from operational service in March 1941, they continued to serve in a training capacity until October 1942.

Curiously, the Stranraer was built in greater numbers and had a longer service life outside the United Kingdom than with the Royal Air Force. Selected by the Royal Canadian Air Force, the type was put into production by Canadian Vickers who built forty.

Eight were in service with the Canadians at the outbreak of war. Hese aircraft were used for patrol duties both on the Atlantic and Pacific coasts. They were finally retired from service in February 1945.

After retirement from service use, several Stranraers were registered for civil use. Queen Charlotte Airlines continued to use Stranraers into the 1950s, operating from Vancouver and providing a service along the pacific coast of British Columbia.