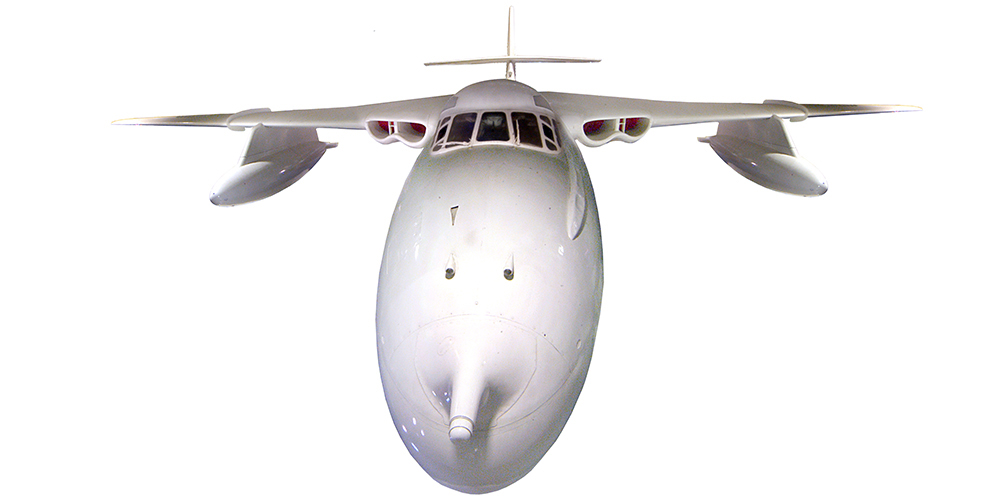 The arrival of the turbojet and the nuclear bomb, in 1945, profoundly influenced the Royal Air Force’s requirements for a heavy bomber replacement. Carrying a weapon with a greater destructive force than a Second World War 1000-bomber raid meant that only small numbers of aircraft were required to drop nuclear bombs. They were designed to fly at high speed and extreme altitude to penetrate the Russian air defences. The new V bombers dispensed with all means of defence, except electronic jamming, to protect the aircraft as it made its high speed, high altitude run into the target.

Thankfully the aircraft were never used for their primary role, but Valiants, armed with conventional bombs, attacked Egyptian airfields during the Suez crisis in 1956.

With the introduction of more advanced V-bombers the Valiant was converted to a tanker role for in-flight refuelling. In January 1965, all Valiants were prematurely scrapped after metal fatigue was found in the wings of a few aircraft.