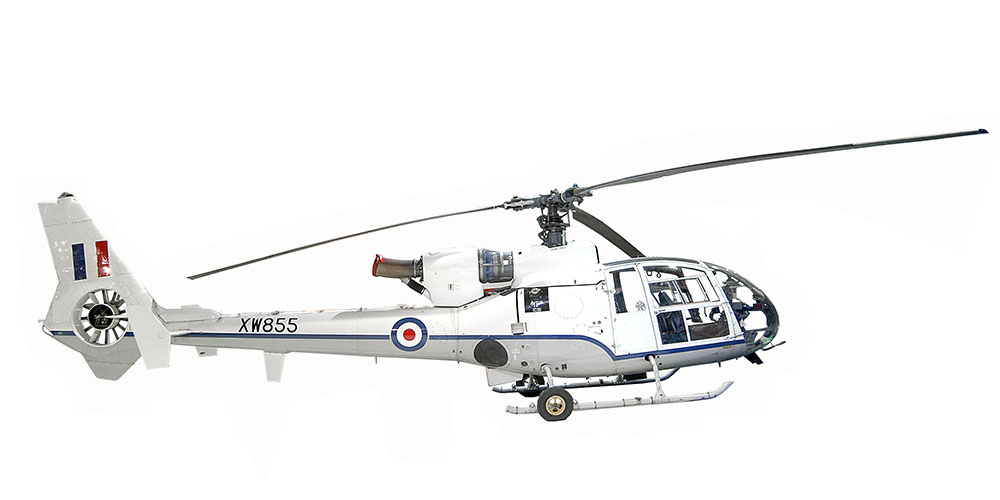 Built 1973 by Westland Helicopters Ltd of Weston-Super Mare in Somerset as a Gazelle HT Mk3, this aircraft is one of 32 Gazelles delivered to the Royal Air Force. Others served with the Army Air Corps and Fleet Air Arm.

Originally used as a helicopter pilot trainer at RAF Ternhill in Shropshire, XW855 moved to No.32 Squadron at RAF Northolt in Greater London in 1976, where it was used as a short-range light communications/fast VIP transport, following modification to HCC4 VIP transport standard.

The aircraft’s final flight was 2 April 1996, after a total flying time of 3958 hours. Stored, latterly at RAF Shawbury in Salop and moved by road to RAF Museum Hendon in April 2003.