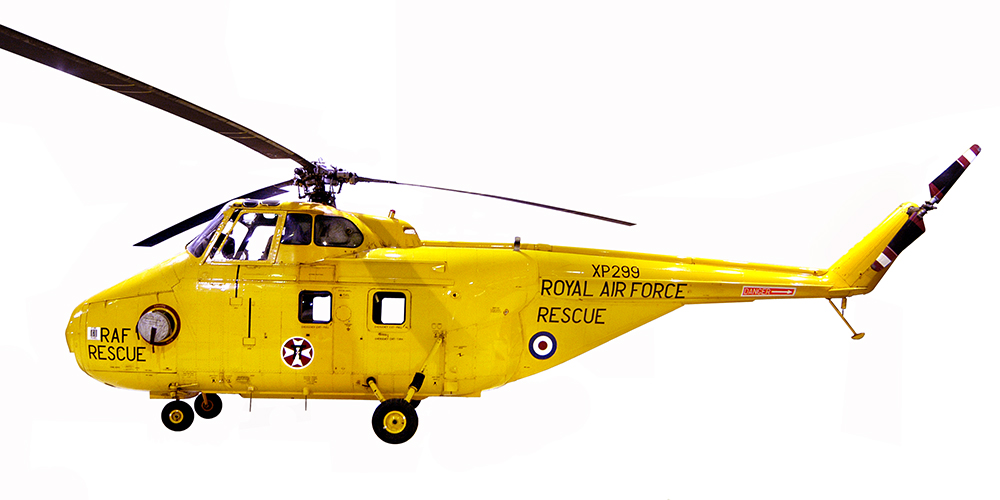 Gas turbine powered Whirlwind HAR10 and HC10 helicopters were to form the backbone of the RAF’s search and rescue and tactical transport helicopter force during the 1960s.

The new turboshaft engine was lighter and more powerful than the piston engine it superseded and offered improved performance and reliability. A total of sixty-eight new air-sea rescue HAR10 and transport HC10s were manufactured by Westland and a number of Whirlwind HAR2 and HAR4 piston-engined helicopters were subsequently re-engined.

The first RAF unit to employ the HAR10 was No.225 Squadron, Transport Command, which became operational with the aircraft on 4 November 1961. Used by the RAF in Europe, the Mediterranean and the Far East, the last squadron to be equipped with the aircraft Cyprus based No.84 Squadron converted to the Westland Wessex in March 1982.

This aircraft is the first production machine. The design was so successful that jet-engined Whirlwinds were in service for twenty-one years.