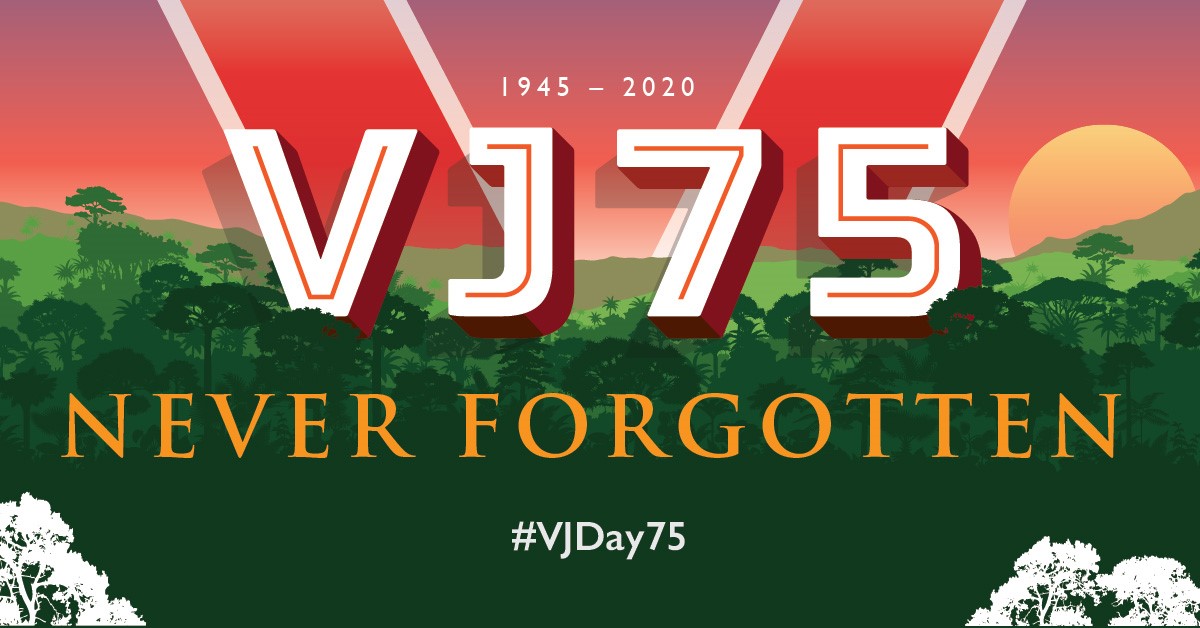 Marking the 75th anniversary of Victory over Japan (VJ) Day, this virtual programme explores the contribution of British Commonwealth forces during the Far East campaign of the Second World War.

The National Museum of the Royal Navy, the National Army Museum, the Royal Air Force Museum and the Commonwealth War Graves Commission are joining forces to mark the 75th anniversary of VJ Day with a free programme of online talks and events from Friday 14 to Sunday 16 August 2020

From 1941 to 1945, British Commonwealth forces and their allies fought a bitter campaign against the Japanese in Asia.

The fighting took place over challenging terrain, from the jungles of Burma to the remote islands of the Pacific, and always against a tenacious enemy.

Discover the Far East campaign’s vast geographical spread, the experiences of individual soldiers – both as combatants and captives – and the impact and legacy of the campaign on the Armed Forces and the wider world.

Watch this space for more information as we share our programme over the coming week. Links to videos, blogs and some talks will go live over the weekend.

Geography of the War

VJ75 at the National Museum of the Royal Navy

VJ75 at the National Army Museum