A New Dawn at the RAF Museum London

The following article sets out the Museum’s vision for its RAF Centenary Programme and the redevelopment of the Museum’s London site. It is based on an interview with our CEO Maggie Appleton, which was published in the January 2016 edition of Flypast magazine.

With the Centenary of the RAF approaching fast, its flagship museum at London will undergo some radical changes. Flypast Editor Chris Gilson talks to its Chief Executive Officer, Maggie Appleton MBE to find out more. 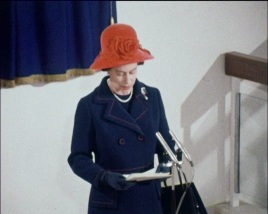 Since its doors opened in November 1972, the RAF Museum, based on the historic site of RAF Hendon and the London Aerodrome, has been a popular attraction for both enthusiasts and the general public alike – evoking emotions ranging from admiration at the beauty of the airframes contained within, to grief at the sacrifice of so many brave servicemen and women in many different conflicts.

Yet Maggie Appleton, the Museum’s Chief Executive for the past year, isn’t satisfied: “It’s terrifying to think of the percentage of people who visit but don’t realise we were ever a RAF site. One of our key aims is to make the most of what we have and do justice to the RAF. We’re here to tell the story of the RAF, and its people.”

Hendon originally became an RAF station in 1922 and is due to be extensively changed in time for the Centenary of the RAF in 2018. In discussing these ambitious plans, the first thing that’s obvious is Maggie’s love for the Museum, and enthusiasm for the project. Not only has she been a regular visitor for many years, but her father was a wartime Lancaster armourer, something which lends fuel to her passion. 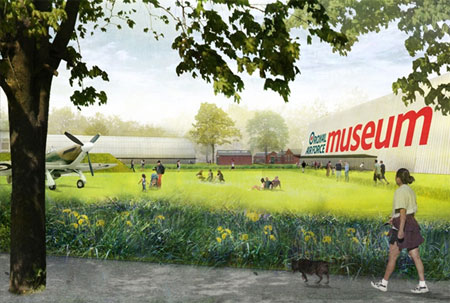 Maggie starts by explaining that some areas around the Museum, including the current car park and paved section by the entrance, will be grassed over, to not only open up the site aesthetically, but also to bring back some of the former station’s “echoes” as she likes to call them. Maggie explains that it’s planned to have runway style paths across the grass, broadening the Museum’s appeal from a wet weather attraction into an inspiring public space that can be enjoyed through all the seasons, and featuring a picnic area and children’s playground. The Museum is also keen to take down the imposing fences at the front to improve the visitor entrance.

“We want to give people a warm welcome,” says Maggie. Visitors will park next to Hangar 1 and the new glass entrance will be where the current restaurant is.” 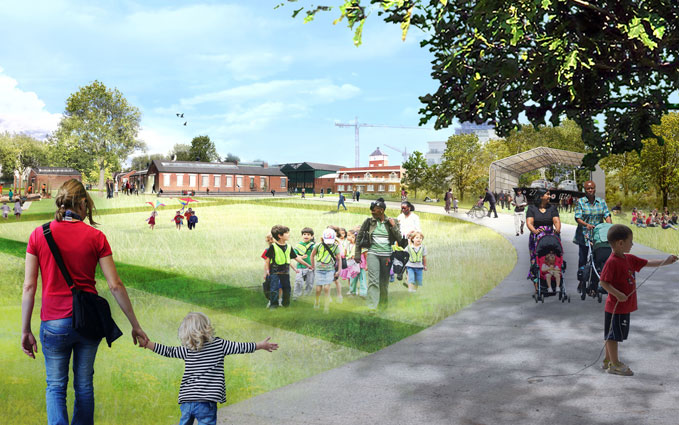 It’s at this point that things really will start to change. Apart from the Short Sunderland, which will be staying where it is, Hangar 1 will be transformed with two new exhibitions. Foremost will be the ‘First 100 Year of the RAF’ display – focusing on the people of the RAF through its lifetime. The second has a working title ‘Now and the Future’, and will be a place where people can look at what the next stages for the RAF are. It’s something that former social history curator Maggie is keen to promote: “We want to encourage conversations,” she says. “It could be a platform for discussions and to make people really think. It’s not just about the past.” 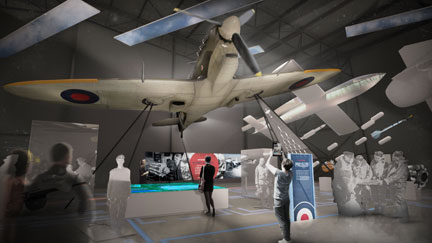 First, however, the Battle of Britain collection will need to be moved across to the main gallery and the Museum’s Cosford site. This is a process that will involve several very complicated manoeuvres, with many of the aeroplanes seeing the sunlight for the first time in many years. The Museum will be interpreting the Battle of Britain story within the wider context of the Second World War across both London and Cosford – which currently does not reference this important chapter in the RAF’s history.

The majority of the Battle of Britain collection will stay at London and Cosford will receive the the Ju-88, the Gladiator and the Defiant so that the Museum can share the story of ‘Our Finest Hour’ with its audience in the Midlands. The Messerschmitt Bf109E ‘Black 6’ will also join the Axis aircraft at Cosford. The movement of the Boulton Paul Defiant holds a significant interest to the Midlands as the factory which manufactured it was based in Wolverhampton – a few miles from the Cosford site. 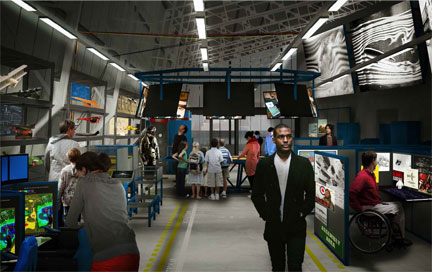 Also moving to covered accommodation near Hangar 1 at London will be the two RAF Air Sea Rescue launches, which currently sit near the car park, and which are to undergo conservation with advice from the National Maritime Museum. This will open up the site even more, enabling visitors to better appreciate the older buildings behind.

“You see those?” says Maggie pointing down, behind the launches, “that’s one of the original aerodrome buildings, and it still has its World War Two camouflage paint, but no one really sees that. And that building there, Building 69, that was the parachute packing shed, which is why it has a raised roof. At the moment the majority of our visitors don’t know that and this is an opportunity to share the history of the site with more people.” 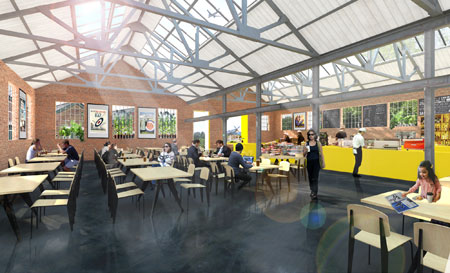 The 1931-vintage supplies building will become the restaurant, giving it a new lease of life, and enhancing its future. One idea is to fit it out to tell the story of the famous pre-war Hendon Air Pageants, which attracted tens of thousands of people from across the capital. As Maggie points out: “The airfield has been a visitor attraction from the beginning. There’s a golden thread of people coming to Hendon for a day out.”

An Age of Uncertainty

London’s ‘Milestones of Flight’ building will also be refurbished, emerging as a learning centre accessible to people of all ages. The main gallery will be transformed with a new exhibition which explores the more recent history of the RAF from the Falklands to the present day.

“It’s important that we bring the story up to date,“ says Maggie”. It’s also important to have a long-term collecting strategy. There are people who’ve got stories about Afghanistan that want to be sharing them now, and it’s important we listen and record them now or we shall be in danger of finding in 20 or 30 years time that we have a gap in the Museum that’s hard to fill.”

The team are experimenting with projections on the sides of the hangars, further enhancing the site’s visual appearance, as well as making its presence known. 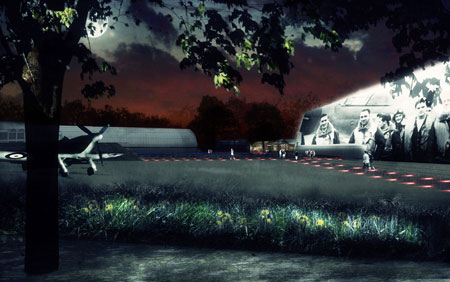 Suffice it to say, the project will come at a price. In fact, the whole scheme will cost £23m, although so far the museum has gained immense support from sponsors, fundraising and the Heritage Lottery Fund (HLF).

The HLF has been very supportive, having already granted the splendid World War One First World War in the Air exhibition an award and committing important funding for the larger project.

In the last year £10m was raised through fundraising, but as Maggie points out, there’s still around £8m to raise this year alone – no mean feat. The public fundraising campaign was launched at Horse Guard’s Parade in London on April 1 – the birthday of the RAF. Titled ‘Names on a Plane’, it enables donors to have their names written on the underside of a Red Arrows hawk for next year’s flying season, for as little as £30.

“It’s about building support,” Maggie says. “We’re also looking at aircraft loans, and possibly lending an iconic object out to one of our partner museums in the USA. We should be getting our exhibits out; lending our aircraft around the UK and beyond is part of what we should do as a National Museum. In fact, there’s a Spitfire visiting Bahrain’s national museum at present.

Maggie has been CEO at Hendon since January last year. I ask her how she’s found her time there so far.

“It’s a massive privilege to be here,” she smiles. “The team are incredible, I can’t even begin to describe their depth of knowledge and passion. I take an opportunity to walk through the galleries every day when I am here. It’s invaluable to see how the visitors engage with the museum, and I enjoying talking to my colleagues across the team.

When complete, the Museum at London will be not only a visitor attraction to impress even the most hardened visitors, but also a centre of the community. Finally, and most importantly, the hard work that is going into its transformation will see it remain as a tribute to the brave men and women who have served in the RAF since its inception in 1918.

For now, the clock is ticking to get the work complete.

“There’s not much room for slip-ups,” finishes Maggie. “We’ve all got to keep focused, because summer 2018 is now very close indeed.”

Republished and amended with the kind permission of Flypast Magazine.