The Royal Air Force Museum is proud to announce that
our CEO – Maggie Appleton has been appointed as president of the Museums
Association.

Previously a board member of
the MA, Maggie will begin her presidency on 1 April 2018. 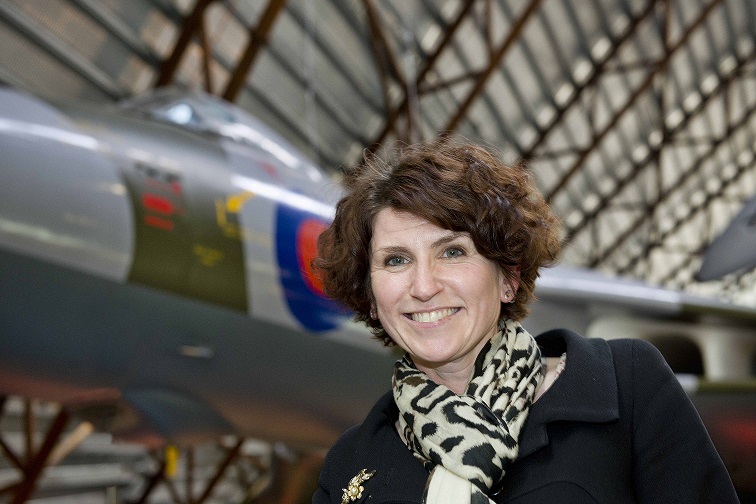 Maggie has over twenty-five years’ experience in
the sector, focusing on the difference that museums and culture can make to
people’s lives. After starting her career at the Royal Armouries, she worked in
community museums in Stevenage and Luton, going on to be the chief executive of
Luton Culture before moving to her current role at the RAF Museum in January
2015.

She led the development of Stockwood Discovery
Centre, which opened in July 2008, and was behind a campaign to save the
medieval Wenlok Jug for Luton and the nation after its export was stopped in
2006.

In 2012 she received an MBE for services to
museums and heritage.

Her presidency begins on the centenary of the
Royal Air Force’s foundation, which heralds a £26m transformation at the RAF
Museum’s London site, with a focus on storytelling.

“I’m absolutely delighted to be elected as MA
president,” says Appleton. Having been a
member of the MA for about 25 years, it’s an utter privilege, and I am very
much looking forward to working with Sharon, the fabulous MA team, my
colleagues on the board and all our members, to build on David Fleming’s
immense contribution to museums. We
continue to face unprecedented challenges and it’s more important than ever
that the MA works with our partners to lead, listen and advocate with clarity,
bravery and positivity.”

“It is vital that the MA not only continues
to help ensure that it represents the interests of its membership, but that
museums continue to modernise, and that the world takes museums seriously. It is a natural next step to elect a
moderniser like Maggie Appleton to the job of president of the MA. I am confident that the key relationship
Maggie needs – with the director of the MA, Sharon Heal – will enable the MA to
continue its upward trajectory, which is so important for the welfare of the
nation. The MA is in very good hands.

“I am delighted that the MA board has elected
Maggie Appleton as our new president. She
is a champion of museums and the difference that they can make working with
their communities. I am looking forward to working closely with her and the
rest of the board to advocate the value of museums to society and to support
our members and the wider sector to connect to wide and diverse audiences. It has been a pleasure to work with David
Fleming over the past few years and he has provided visionary leadership for
the MA while we have grown our membership, influence and networks.”

The MA’s trustees are elected by the membership
and nominations are currently open for a member to join the board in April.