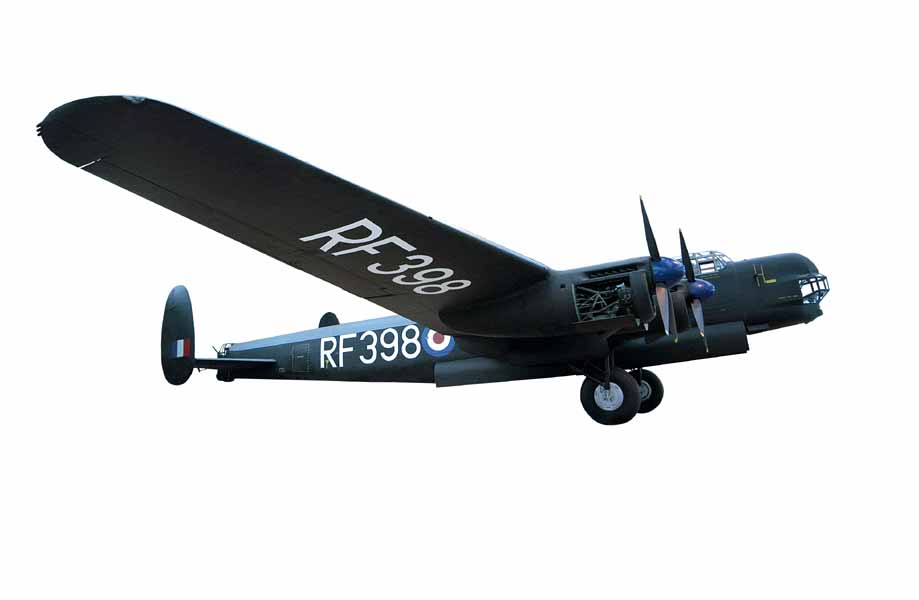 Just too late to see service during the Second World War, the Lincoln became the mainstay of Bomber Command post-war, but was destined for a short front line career as the Cold War and the jet age brought the shortcomings of its performance into sharp relief.

The RAF’s lack of an aircraft with sufficient range to be deployed in the Pacific led the Air Ministry to suggest that AV Roe Limited design an enlarged Lancaster to meet the requirement. The resulting Lincoln first flew in June 1944. However, the need to maintain supplies of Lancasters delayed production until 1945; the first production Lincolns reaching No.57 Squadron in August. Lincolns were intended to join the Tiger Force in the bombing of Japan but the war ended before they were needed.

583 Lincolns were built to equip around twenty squadrons. However, inferior performance in the face of jet fighters and the need to be able to reach targets behind the Iron Curtain saw their partial replacement with Boeing Washington’s from 1950. The type saw action against communist terrorists in Malaya in 1950 and Mau-Mau dissidents in Kenya from 1953, but Lincolns were finally superseded by the jet V-Bomber force from 1955.

The last Lincolns in RAF service were those engaged in radar development trials with No.151 Squadron, Signals Command until May 1963.