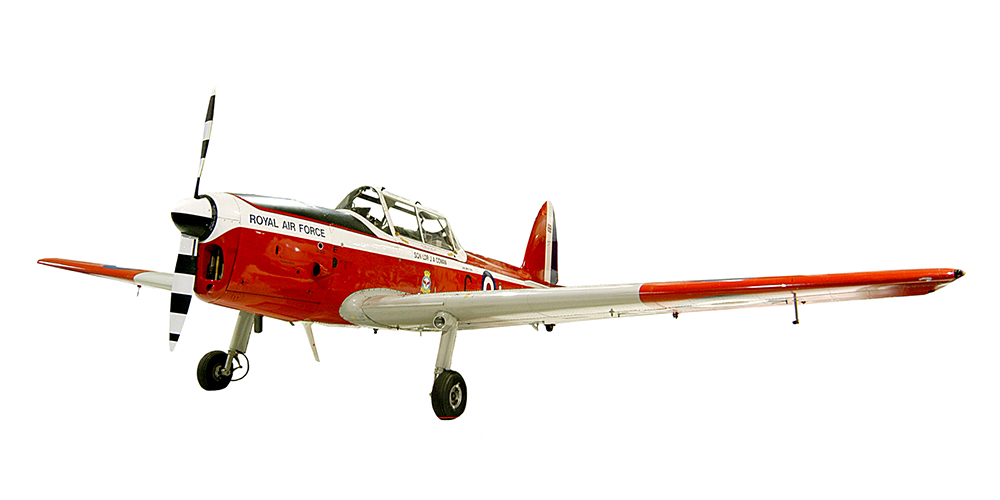 de Havilland produced another classic with the replacement for their world famous Tiger Moth. The Chipmunk was designed and produced in Canada before being adopted as the Royal Air Force’s primary trainer.

Beginning in 1950, the University Air Squadrons were the first RAF units to receive Chipmunks, shortly followed by the twenty Reserve Flying Schools.

The selection of the Chipmunk as the RAF’s primary trainer during the early 1950s expansion of its pilot training programme transformed the aircraft’s story. With increased orders to meet these expanded needs, eventually totalling 735, the Chipmunk was set to repeat the success of its illustrious predecessor.

In 1952, the aircraft received the royal seal of approval when HRH the Duke of Edinburgh took his first flying lessons in Chipmunk (which can be seen at RAF Museum Midlands) operated by a special flight at White Waltham, Berkshire.

New trainers such as the Scottish Aviation Bulldog entered service with the RAF but they did not completely replace the Chipmunk. Many Air Experience Flights continued to operate Chipmunks through the 1980s and into the mid-1990s.

Although best known as a training aircraft, RAF Chipmunks operating from Berlin were converted for covert reconnaissance missions.