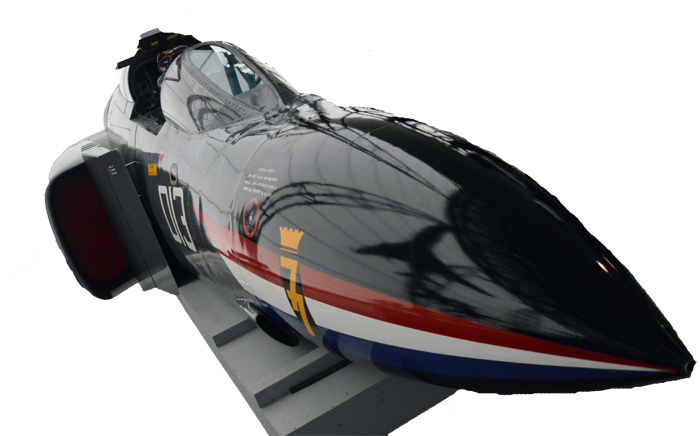 One of the most successful and widely-used warplanes of all time, originally designed to meet a US Navy requirement for a supersonic two-seat carrier-borne air defence fighter, the Phantom first flew in May 1958 and entered US Navy service in July 1961. In all, 5,195 were built until May 1981, the last under licence in Japan; 170 were built to British contracts. Many American examples saw combat in Vietnam. The example on display at Cosford (Phantom FG1 XV591) is one of 48 production Phantom FG1 aircraft purchased for British service, 20 for the RAF initially and 24 of the remainder, including XV591, for the Royal Navy.