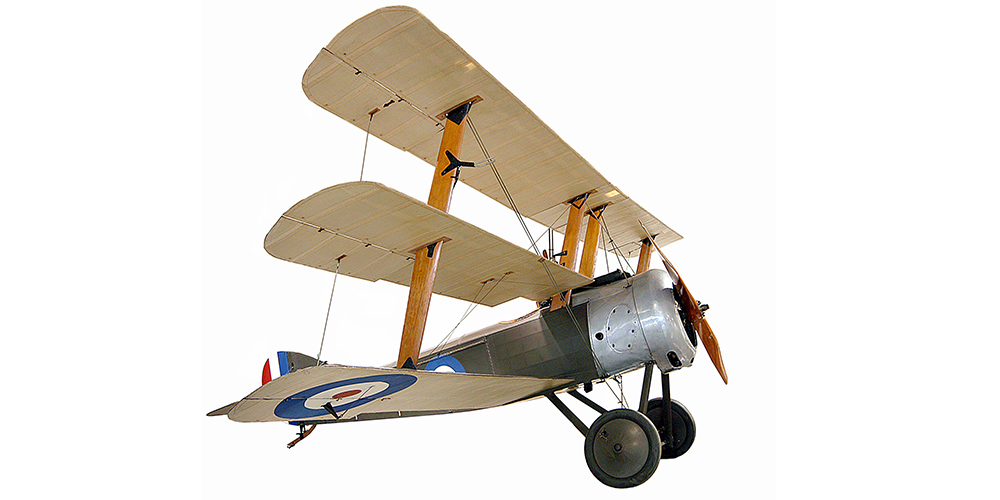 The prototype appeared in May 1916 and was found to be highly manoeuvrable with a phenomenal rate of climb.

Several of the Royal Naval Air Squadron pilots scored many victories while flying the type and it made such a profound impression on the Germans that a specific request was made to their aircraft manufacturers to design and produce triplane fighters. Only the Fokker Dr1 was built in quantity and it gained fame as the aircraft frequently flown by Manfred von Richthofen. The triplane concept had a brief life and in less than two years it had been eclipsed by the new and more powerful biplane fighters on both sides.