75 years ago Operation Overlord, the first stage of the liberation of Europe, was in full swing. The combined might of the RAF and USAAF undertook over 8,000 sorties during the night of the 5th/6th June and all through the following day. With such an impressive effort in the air, it’s easy to overlook some of the RAFs other contributions towards the assault on Hitler’s Fortress Europe.

Long before the Allied fleet even sighted the Normandy beaches, the RAF component of Operation Neptune was in action in the form of three Fighter Direction Tenders (or FDTs). The FDTs were former Landing Ships Tank refurbished and fitted with Ground Controlled Interception (GCI) equipment, turning them into floating radar stations. 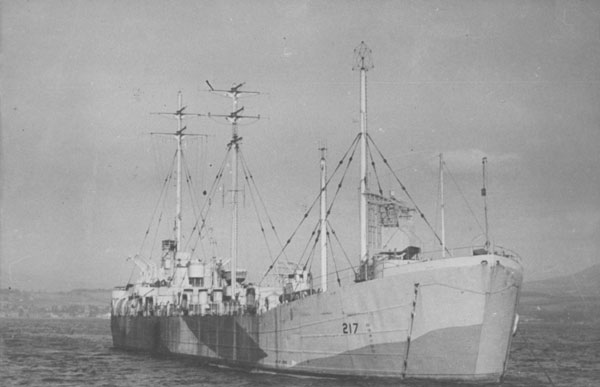 The Chain Home series of radar stations around the coast of Britain had proved their worth during the Battle of Britain, however, those stations did not have the range to provide adequate warning to the vulnerable armada crossing the channel. Instead the FDTs sailed with the fleet providing round the clock cover, able to call on any of the twelve RAF and USAAF fighter squadrons flying cover over the channel on the 6th June. With one FDT off the American beaches, one off the British beaches and one further out in the channel, to cover the constant stream of vessels taking part in the invasion, the Luftwaffe would not have had an easy time attacking the shipping. In fact, the official report on the performance of the FDTs stated:

“There was no hostile activity until 18:57 hours on the first day when six single engine fighters approached “SWORD” beach from the south but turned away before they could be intercepted”

However, despite several obstacles to their effectiveness, the information supplied by the FDTs was responsible for the destruction of at least 42 enemy aircraft between the 6th and 13th June 1944. Furthermore, a number of large formations were broken up by aircraft directed by the FDTS, reducing the effectiveness of their attacks. As well as their more aggressive role, each FDT also had two High Speed Launches assigned. The HSLs would be sent to rescue downed aircrew, with the FDT able to coordinate the rescue efforts.

Once the forces of liberation disembarked from their vessels, the need to extend radar coverage to ensure the safety of the beachhead was paramount. RAF GCI units went ashore in both the British and American sectors, tasked with getting their equipment up and running before nightfall when the Luftwaffe could try and attack the large concentration of troops preparing to break out. 15083 GCI was the unit responsible for the British sector; planned to land at midday, they actually came ashore on the King Red section of Gold Beach around 3:45pm on the 6th. After fighting through a convoy of ambulances returning wounded men to the beach, the unit was able to reach the field they were supposed to set up their equipment in. However there still a few obstacles to overcome before they could be ready for that night’s duties, as the Commanding Officer, Sqn Ldr R H McCall relates:

“Our site was easy to find and proved perfect in every way except two. First there were tanks in it facing two directions ready to deal with an expected German counter attack. They said the enemy was “just over there” pointing to a nearby wood and that they might have to fire across the site. I said my order was clear, to get set up at once which I was going to do. But the second difficulty was that the grass was waiting for hay, long in places and the cable around our site, providing power from the diesels to the radar and signals vehicles, were hidden in the grass. It was imperative the tanks should not drive over our cables. I had to summon up my poor old pre-war French, find the farmer and persuade him or her to brave the tanks and cut the grass immediately, or at least those parts near the cables. I succeeded, much to my surprise, and my three or four “voulez vous coupez ces…grass…ces?” were met with “Ces herbes Capitaine?”.”

However, by nightfall the first of three frequencies was online, with the second following by midnight, and the unit was able to assume its task of directing night fighters.

Air support was a very important element of any offensive by 1944, and the liberation of Europe would be no different. The types of aircraft used in the role, though, often had a rather limited range when you consider they were based in the UK and had to cross the channel before they could begin their patrols. This drawback had already been considered long before the plans for Operation Overlord were drawn up and the need for any offensive force to be able to establish airstrips close to front line to service aircraft flying close support was recognised. This led to the RAF posting notices to all units asking for skilled tradesmen willing to volunteer for “arduous and dangerous duties”. Each of these airmen were expected to be well versed in their particular trade, and to be of high physical fitness. They would form the RAF Servicing Commando units, trained at the Combined Operations Training Centre in Scotland to prepare them for amphibious landings as well as receiving a full range of combat training; it was a life far removed their previous duties on relatively sedate airfields. 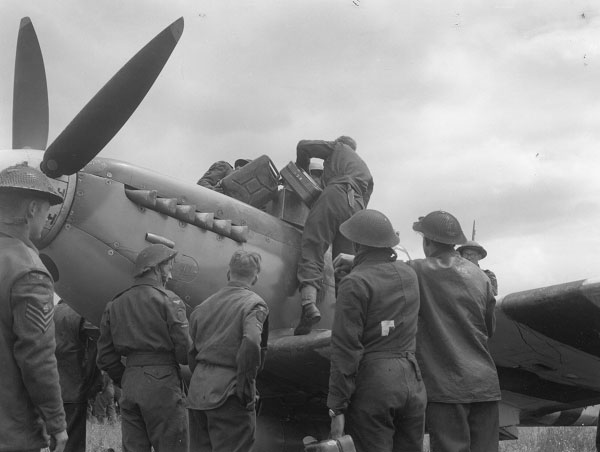 The Servicing Commandos were expected to be amongst the first waves of any landing, tasked with securing pre-designated fields for use as landing strips. They would then set up the most basic airfield facilities, a radio for flying control, a tented kitchen to serve meals to pilots, and of course everything needed to refuel, rearm and repair the aircraft. Since it could not be predicted what types of aircraft would be visiting the airfield the airmen were expected to be able to ply their trade on any type that arrived, which in one instance even included a Handley Page Halifax returning from a raid low on fuel! In the event, none of the Servicing Commando units were able to land on D-Day and instead were held offshore overnight. However, each of the Servicing Commando units did valuable work in the following days ensuring the maximum amount of air cover was made available to the liberation forces. 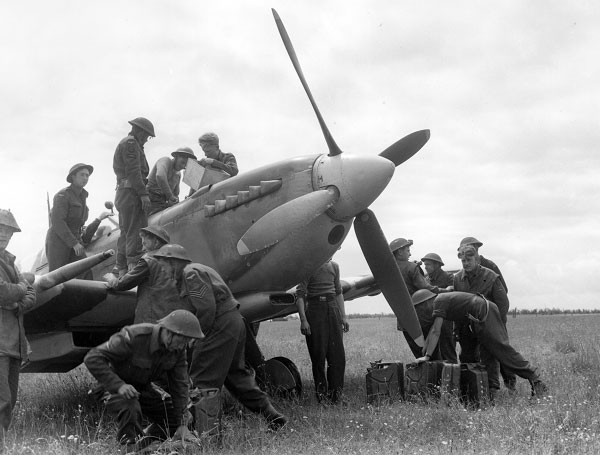 Of course, many other RAF units arrived on the Normandy beaches on and just after D-Day, all of them a small part in a big operation, and it’s easy to see how and why they can be overlooked when compared to the pilots and aircrew of the Second Tactical Air Force. But like any piece of machinery, each component was a vital part of the whole, all working together to make Operation Overlord a success.