Chelsea Women’s Academy team were due to play a friendly match today with UK Armed Forces Women at Kingsmeadow to mark Remembrance Day 2020. Unfortunately, due to the implemented national lockdown, Chelsea made the decision to cancel the match, with the health and safety of participants remaining paramount to this decision.

The match, which was to be dedicated to the British Jewish women who served in the UK forces during the Second World War, is part of the club’s partnership with the Royal Air Force Museum and our ‘Hidden Heroes’ project, which seeks to raise awareness of the vital roles played by Jewish personnel in the RAF during the Second World War. The initiative is sponsored by club owner Roman Abramovich.

Five to six thousand British Jewish women joined the forces during the Second World War and, in addition, nearly 4,000 women living in Palestine joined the British Services in the Middle East. These women all joined to fight against tyranny, racism and antisemitism, fully aware that due to their heritage, they risked torture and execution if captured. 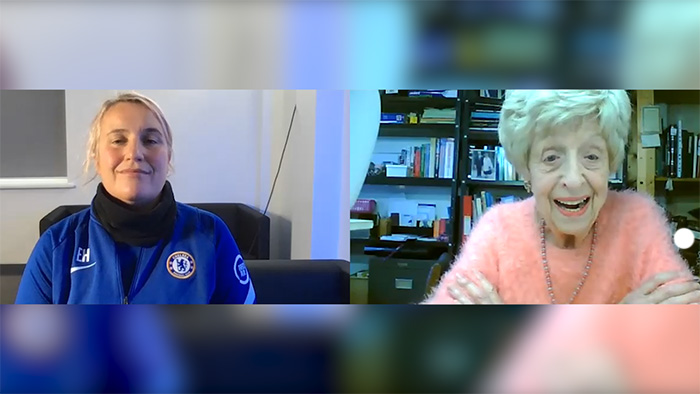 As part of this tribute, the remarkable stories of three Jewish women will be highlighted through a special publication issued in partnership with the Royal Air Force Museum, to raise awareness of the bravery of these women who served during WW2, Muriel Byck, Hannah Szenes and Vera Atkins.

At the age of 25, Muriel Byck was recruited as a secret agent by the Special Operations Executive (SOE). She was sent to Nazi occupied France where she helped gather intelligence for the allied forces as well as help the local resistance movement.

Hannah Szenes was only 22 when she joined the RAF and was parachuted into Yugoslavia, with the aim to enter Hungary to rescue Jews facing deportation to the death camp at Auschwitz.
Hannah was arrested during her mission and executed a year later, at the age of 23.

Vera Atkins was recruited as an intelligence agent before the war and quickly rose through the ranks to become an intelligence officer. After the war, Vera went to Germany to interrogate Nazi officials and concentration camp guards to establish what had become of the SOE agents that failed to return.

Emma Hayes, manager of Chelsea Women, was also invited to virtually interview Jewish veteran, Ruth Bourne. Ruth joined the Women’s Royal Naval Service in 1944 before transferring over for ‘special duties’ at Eastcote in Bletchley, the secret centre for Britain’s codebreakers who worked day and night to break the encrypted codes used by the German military. 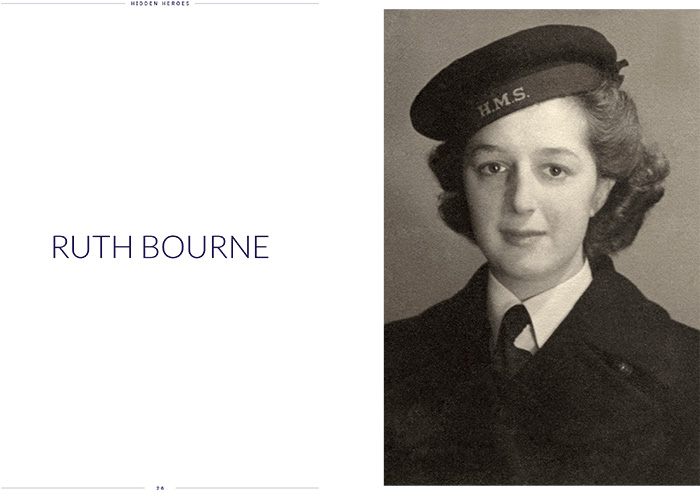 During the interview, Hayes learned about Ruth’s fascinating life at Bletchley, how she kept her work life secret from friends and family for over 35 years, and the important role that women played during the war. It has been said that the intelligence produced at Bletchley Park shortened the war by two to four years, and without it the outcome of the war would have been uncertain.

Hayes was proud to be part of the project and spoke powerfully about its importance.

“Through our partnership with the RAF Museum, we are committed to sharing the important story of the critical role the Jewish personnel played in winning the Second World War” she said. “While it’s disappointing the Remembrance match cannot take place, it’s important we still share these fascinating stories such as Ruth’s, as they offer a powerful window to the past, through which we can make links to today and use their stories to inspire future generations and ensure their legacy continues.”

UK Armed Forces commented: “Every year, UKAF Football along with our colleagues across Defence, join with the country to remember British and Commonwealth Armed Forces personnel who died in the Service of their country since the beginning of the First World War. We will remember them.”

Maggie Appleton MBE, CEO, Royal Air Force Museum added: “The stories of these exceptional Jewish women are an inspiration to us all. Their determination to stand up to fascism and contribute to a future that was free from hatred and discrimination is a legacy we all have the responsibility to live up to. Their future is our present, and the Royal Air Force Museum is delighted to work with Chelsea FC to ensure we share – and strive to live up to – their brilliance.”

You can view the ‘Hidden Heroes’ book and learn more about the remarkable stories of Muriel Byck, Hannah Szenes and Vera Atkins here.