Within its first year, the Royal Air Force Museum’s Adopt an Artefact initiative has helped raise more than £65,000 to help keep the Museum flying, with over 200 adoptees supporting the Museum in one of the toughest years faced by visitor attractions.

‘Adopt an Artefact’ highlights a selection of iconic and unusual objects from the Museum collection which span more than a century of aviation and RAF history.  It’s also a unique opportunity for everyone to be part of the RAF’s story while raising funds for the Museum.

To celebrate the first anniversary, the Museum is introducing five new objects for people to adopt, each with their own fascinating story to tell.  The new objects joining the list of over 60 already available to adopt include a flying car, dog lead, RAF Cosford hospital tag, fighter fund card and even a toothbrush. These five new items have all been specially selected from the Museum’s collection of more than 1.3 million items and can be adopted online at rafmuseum.org.

The NEW Anniversary artefacts available for adoption include the Nylon Halex toothbrush.  But this is no ordinary toothbrush and concealed within the handle is a small, magnetised compass swinger. This is an example of the work of Section 9 of the Directorate of Military Intelligence (MI9). One of MI9’s specialities was smuggling escape aids into prisoner of war camps in otherwise unremarkable looking objects. It’s the perfect adoption for any budding spies and can be spotted on display at the Museums London site.

The RAF Cosford Hospital Key Tag for the female nurses’ quarter is a poignant adoption for the medical staff who worked there. Opened in 1940 and housed in a series of inter-connected wooden huts, the RAF Cosford hospital treated more than 42,000 patients during the Second World War, including returning prisoners of war and burns victims. Following the war, the hospital’s remit was widened to include care for the local population, and thousands of military and civilian patients were treated at the hospital before its closure in 1977.  Visitors to the Museums Cosford site can view the tag on display. 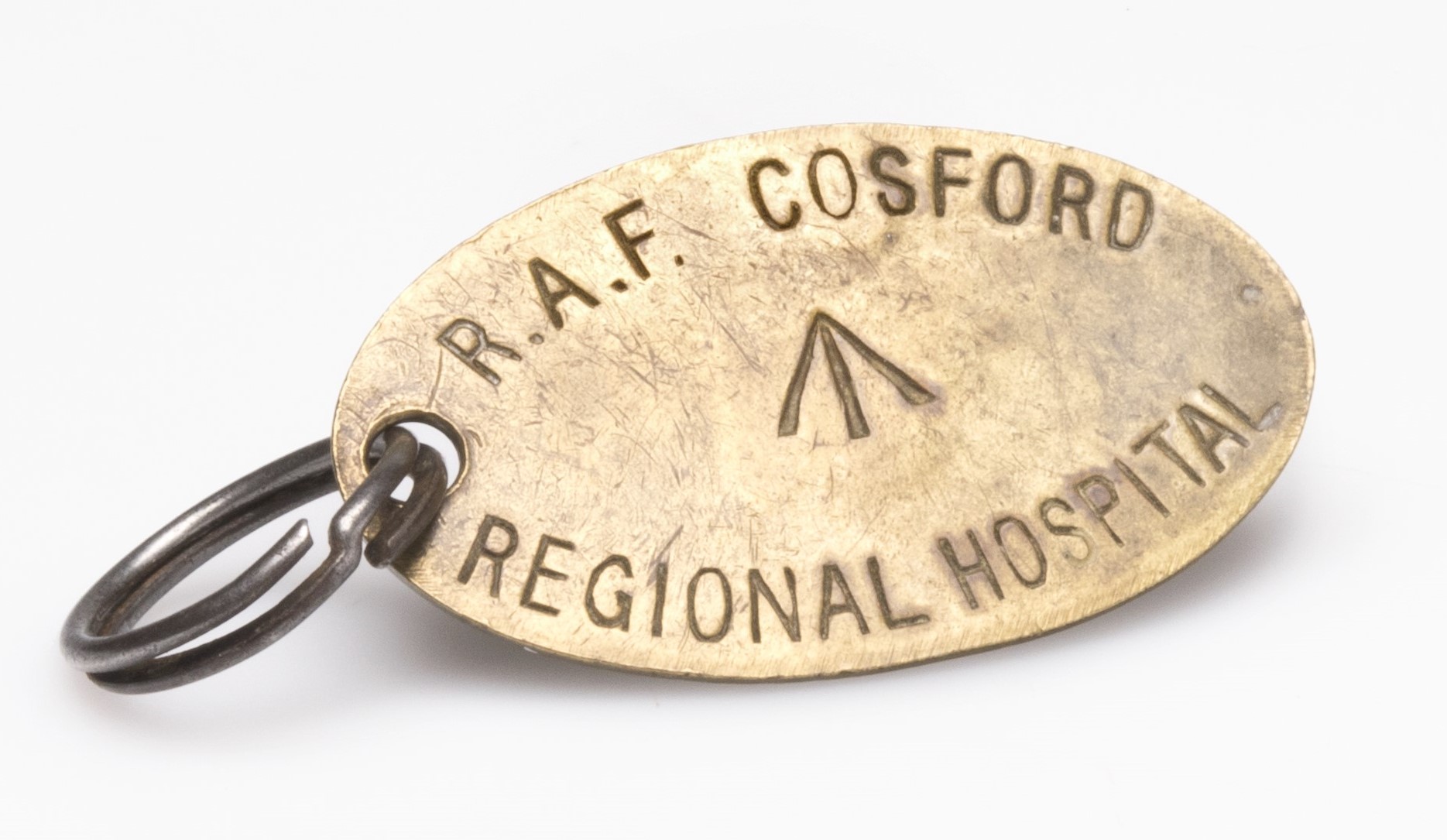 The sky’s the limit with Handley Page HP120 Flying Car adoption! Developed in 1950s when there was considerable interest in the concept of a flying car, this model was built for wind tunnel testing. Before building full-sized prototypes, designers often use large accurate models to observe the behaviour of proposed new aircraft under simulated flight conditions.  Powered by a jet engine and fitted with folding wings and a moveable tail, this flying car concept never went beyond the wind tunnel model stage. Adoptees can view this unique item on display in London.

Calling all dog lovers…the heavy-duty Dog Lead used with patrol dogs at RAF Scampton in the 1970s is the perfect adoption for you. RAF police dogs have their own RAF service numbers and non-commissioned ranks. This sometimes means that the dog will outrank its handler! The RAF Police have used dogs in the protection of airfields and military installations since 1945. RAF police dogs are trained in two distinct roles, either patrol and guarding or as specialist search dogs.  This object, which recognises the important contribution of service dogs, is proudly on display at Cosford. 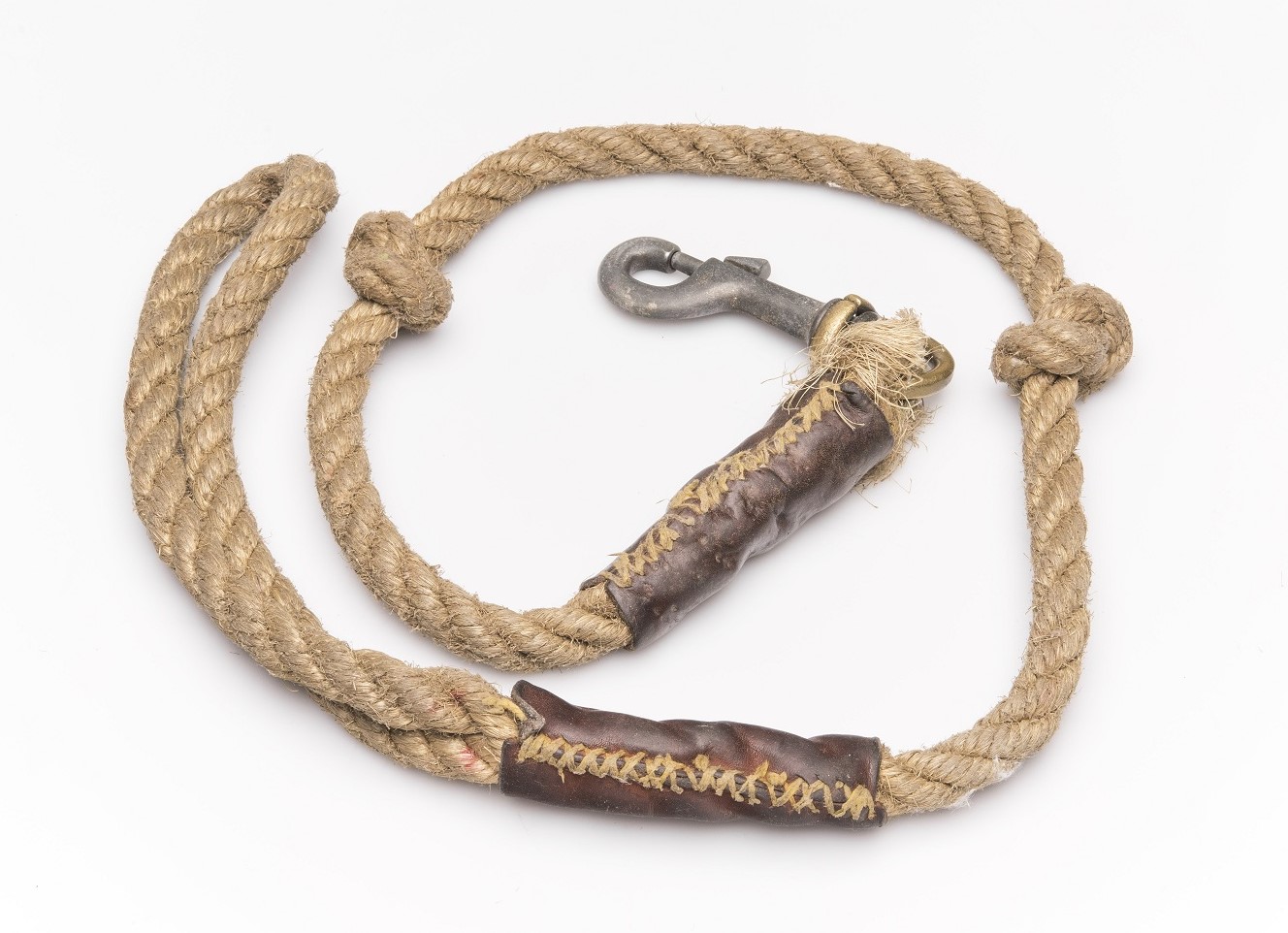 The Fighter Fund Card of Honour now available for adoption is an example of the many Fighter Funds established in 1940 to raise the £5,000 required to purchase an RAF fighter aircraft which was then named after an individual, business, town or city.  They enabled ordinary people to contribute to the war effort and brought communities and Allied counties together.  Savings cards encouraged the public to donate a small but regular amount to a Fighter Fund. Stamps could be purchased for a penny and, on completion of the card, the owner was issued with a large Stamp of Honour. Eighty years on, you can help support the Museum’s public fund by adopting the Fighter Fund Card of Honour!  Look out for this artefact next time you visit the Museums Cosford site. 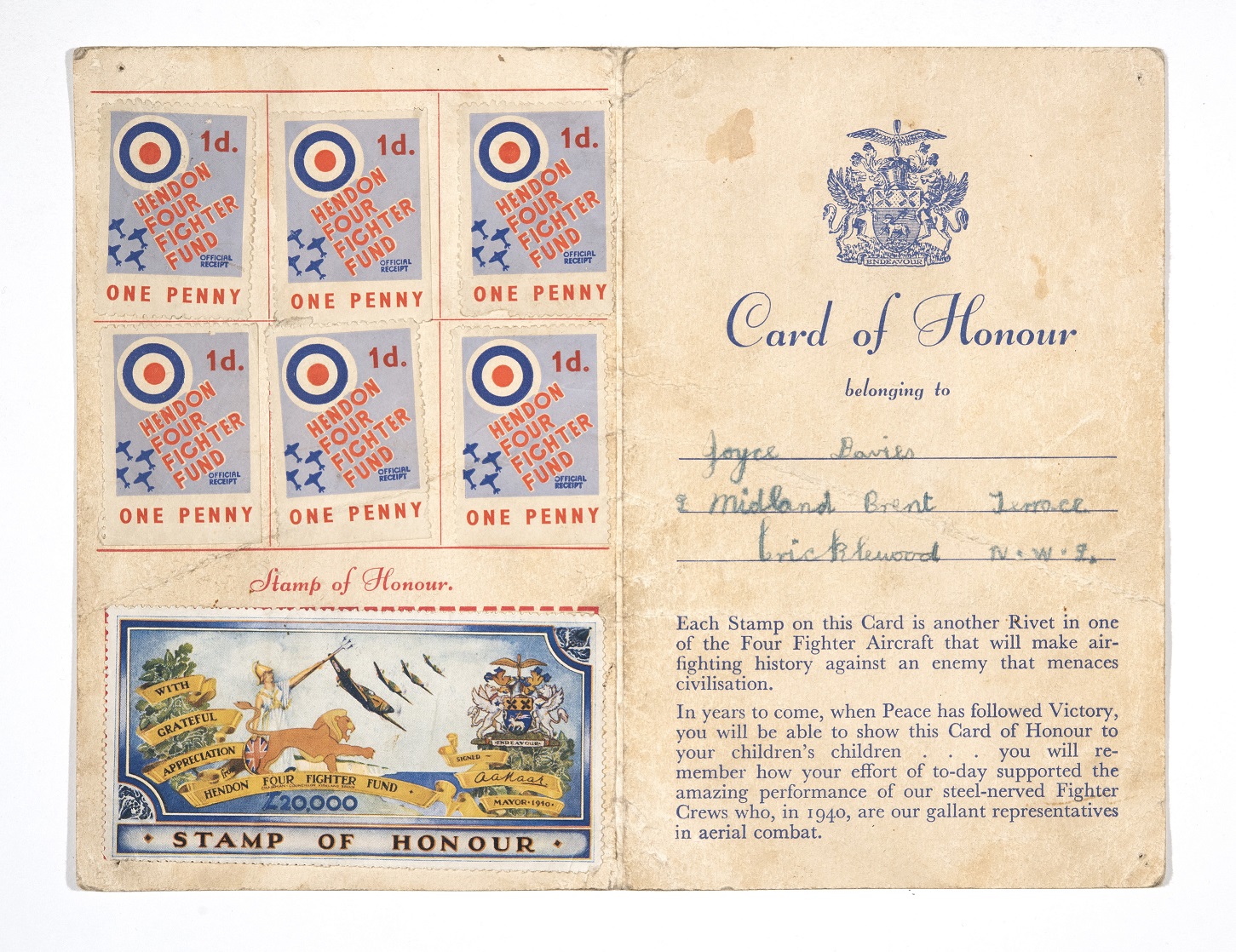 Adopt online, where you can discover more about the new artefacts and browse through more than 60 items up for adoption, including everything from a Red Arrows flying suit, to lucky mascots, and even a commemorative beer mat, there really is something for everyone!  Adoptions can be made on an individual or corporate basis; join Mars and Chelsea FC by adopting one of our amazing aircraft!

Starting at £25.00, adoptions last 12 months from the date they are adopted.  As recognition for their adoption, all adoptees will receive a digital adoption certificate and photo, exclusive updates, and the option to include a dedicated message along with the name of the adoptee alongside the object on Collections Online, the Museum’s digital collections system.

‘Since we launched Adopt an Artefact last year, dedication messages from adoptees have continued to flood our web pages.  We have seen many personal tributes to loved ones, like Twinkletoes the Cat who was adopted in memory of someone’s father, a wartime Hurricane pilot and cat lover.  One of the more humorous dedications we have seen was for the Elsanol Chemical Toilet Fluid, it read ‘Lest we forget all the little underappreciated jobs that make the world go around’.  There have also been messages of reflection, encouragement and support, it is very moving to read through them.

Adopting an artefact can help make a real difference to the services we continue to deliver.  The money raised through adoptions could help fund places for students on our three-year engineering Apprenticeship in the Michael Beetham Conservation Centre, or provide our Access and Learning team additional members of staff, enabling them to deliver our amazing learning programme to even more learners.’

‘As a result of the pandemic, the Museum has seen a reduction in our self-generated income of over £3m.  By adopting one of our amazing objects in the collection, support from our adoptees is helping the Museum continue inspiring everyone with the RAF story. It is also a fantastic opportunity for individuals and organisations to be part of the RAF’s history and to receive something unique in return for their support. We hope adoptees have enjoyed being part of Adopt an Artefact and will consider continuing to support us and adopt for another year.’

All adoptees can view their adopted artefact during a visit to the Museum, where each object can be found on display at either the Museum’s Cosford or London site.

The Museum is open daily from 10.00am and admission is free, simply pre-book your arrival time online CLICK HERE.  Then it’s chocks away as you explore the Museum’s vast collection of aircraft, vehicles, artefacts and the fascinating story of the RAF!