A Spitfire from the Royal Air Force Museum Midlands is heading to Birmingham in July, as five new dates are added to the Spitfire’s tour of the Midlands. 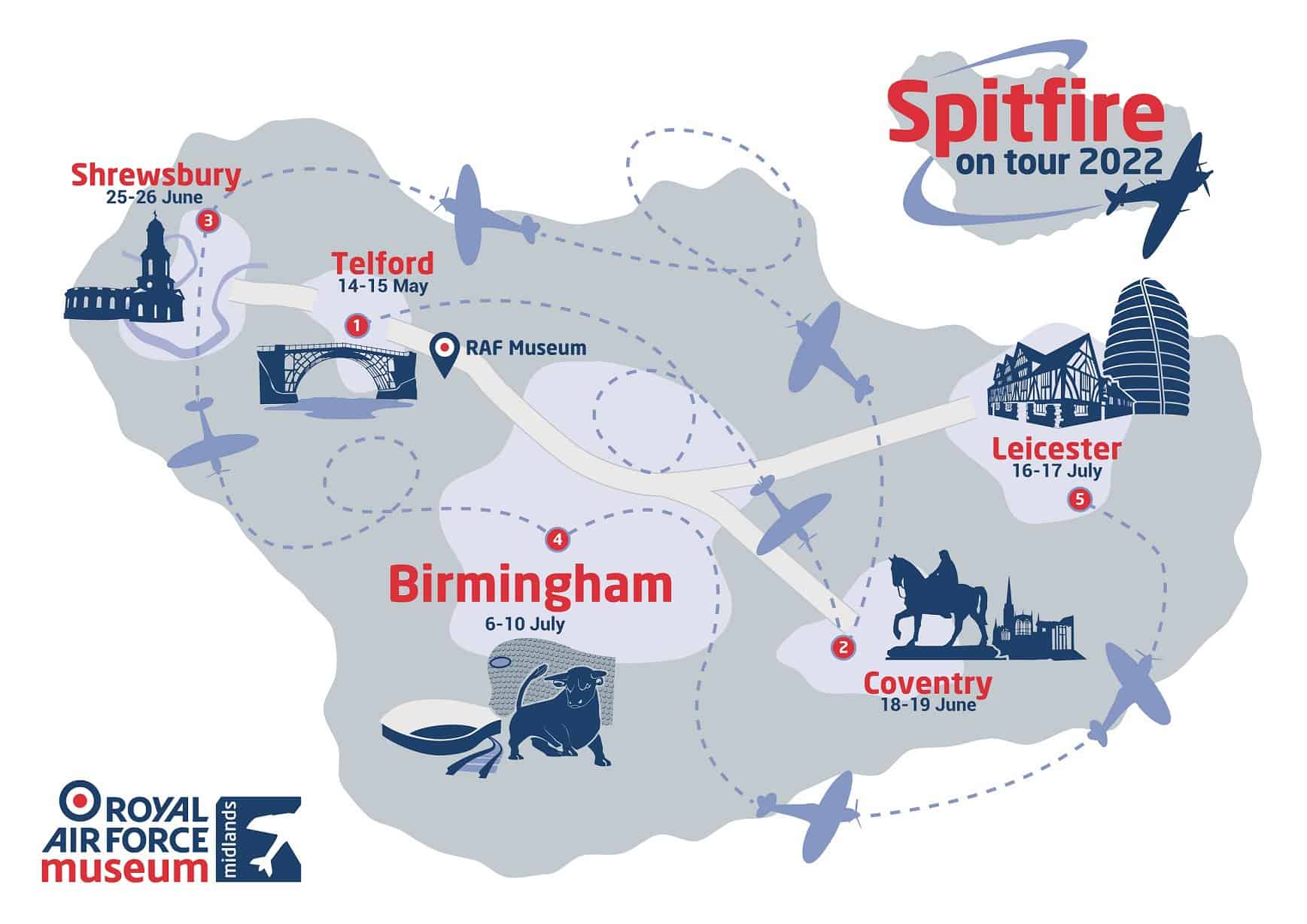 In celebration of the Museum’s 50th anniversary, the Spitfire will visit regional towns and cities highlighting the area’s rich RAF heritage. Museum bosses are thrilled to announce that Birmingham, ‘home of the Spitfire’, will be hosting five days! ‘Brummies’ can get up close to the iconic aircraft when it goes on display outside Birmingham New Street Station from Wednesday 6 to Sunday 10 July. 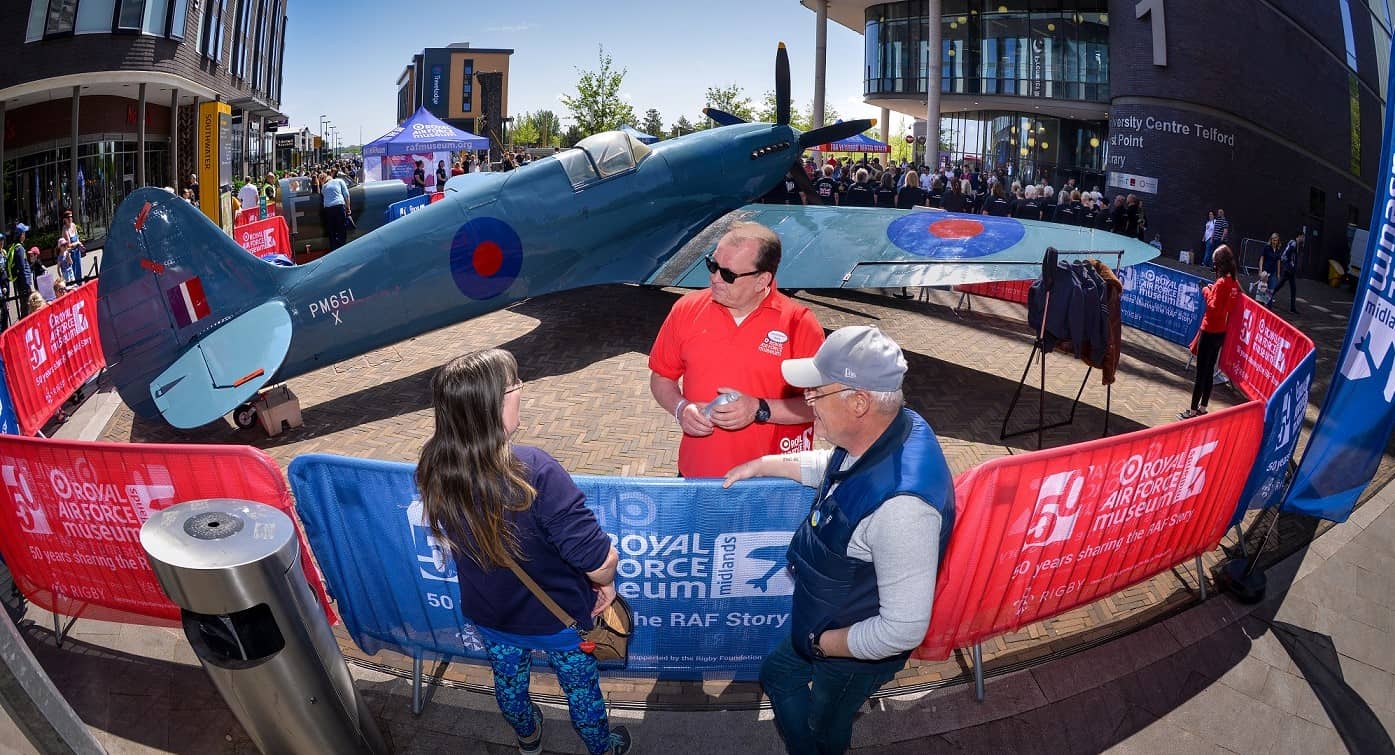 Before heading to Birmingham, the rare blue reconnaissance Spitfire PR. XIX will visit Coventry on 18-19 June and Shrewsbury on 25-26 June. Following five days of engagement with families, shoppers and commuters in Birmingham early July, the aircraft will finish the tour in Leicester on 16-17 July.

The Spitfire received a warm welcome from the people of Telford on the first tour date in May, and following an appearance at the Cosford Air Show this weekend, the aircraft will be back on the road once again. Visit the Spitfire at a location near you and try on some of the real RAF uniforms, flying jackets and hats. Alongside the real Spitfire is a replica cockpit section to climb inside for an authentic Spitfire experience, perfect for a Spitfire selfie! 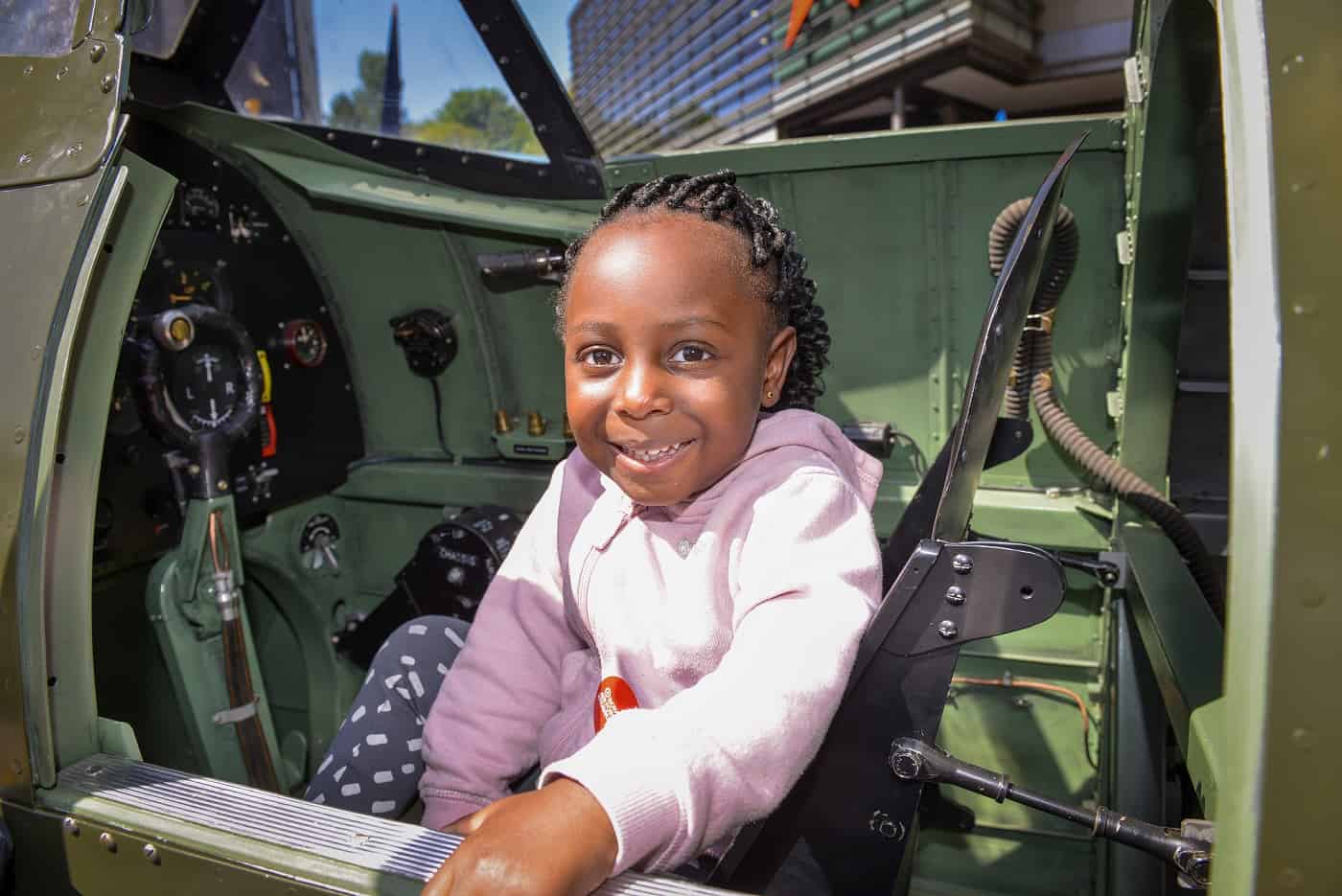 Birmingham’s manufacturing brilliance produced more Spitfires than anywhere else in the UK, making it a fitting venue for the tour. During the Second World War the people of Birmingham also contributed to the war efforts through Fighter Funds. These funds were set up to encourage the public to donate money to buy aircraft and brought communities and Allied countries together. The aircraft bought were named after that individual town, country or business. £5,000, approximately £175,000 today, bought one aircraft.

The Lord Mayor of Birmingham’s Spitfire Fund collected £23,500, enough to buy four Spitfires, all made at Castle Bromwich. The Vickers-Armstrong aircraft factory at Castle Bromwich was one of the largest producers of aircraft during the Second World War. It produced 11,939 Spitfires and 305 Avro Lancasters. The factory closed in December 1945 and the Castle Vale housing estate was built on the site. 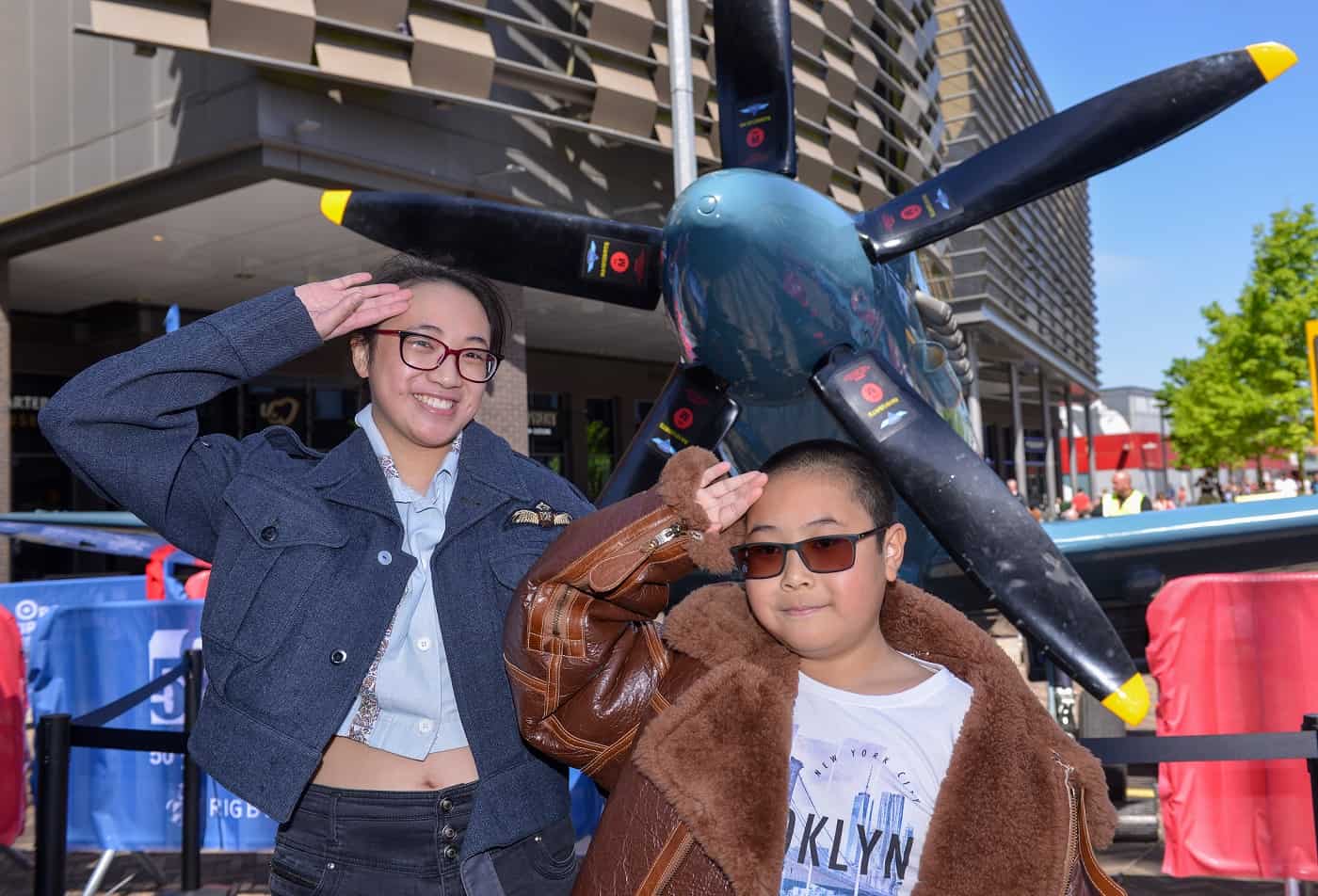 Look out for the Spitfire ‘flying’ into a town or city near you on the following dates:

Visit the Spitfire on tour this summer and pick up your free Spitfire virtual reality experience voucher code, redeemable on your next visit to the RAF Museum Midlands (Terms and Conditions apply). Entry to the Museum is free, to pre-book your arrival time CLICK HERE. 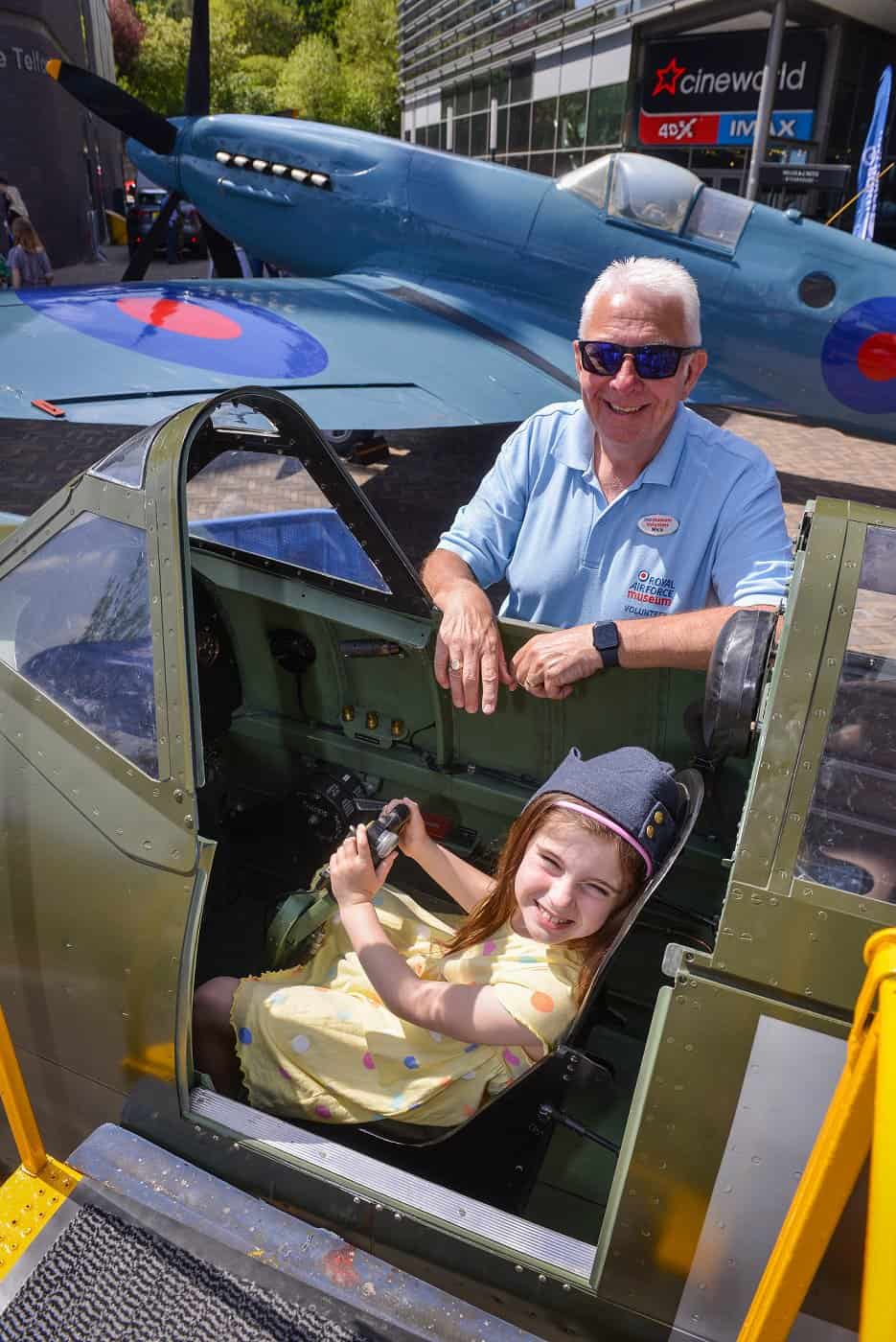