The sole surviving Chinook helicopter flown by the RAF during the Falklands campaign is now on display at the Royal Air Force Museum Midlands. The legendary Chinook HC6A ‘Bravo November’ is displayed alongside the Harrier GR3 in a new Falklands 40 cluster, commemorating 40 years since the start of the conflict.

Arguably the most famous aircraft the RAF has flown in the last 40 years, Bravo November is one of the original 30 Chinooks ordered by the RAF for its heavy lifting capability.

During the liberation of the Falklands Islands in 1982, Bravo November earned itself the nickname ‘The Survivor’ when the MS Atlantic Conveyor container ship it was sailing on, was struck by a missile causing a fire to break out, subsequently sinking a few days later. The chinook fleet along with all the supplies, spares, and maintenance kits were lost, Bravo November was the only survivor, forcing a radical redesign of how the campaign would be fought. Bravo November remained in service for the rest of the campaign, helping deliver victory through carrying out essential tasks, moving troops, supplies, casualties, and prisoners of war. Its significant contribution was a testament to the skill of the aircrew.

For the first time ever Bravo November is now on public display, and visitors to the RAF Museum Midlands are the first in the UK to be able to get up close to the iconic helicopter. 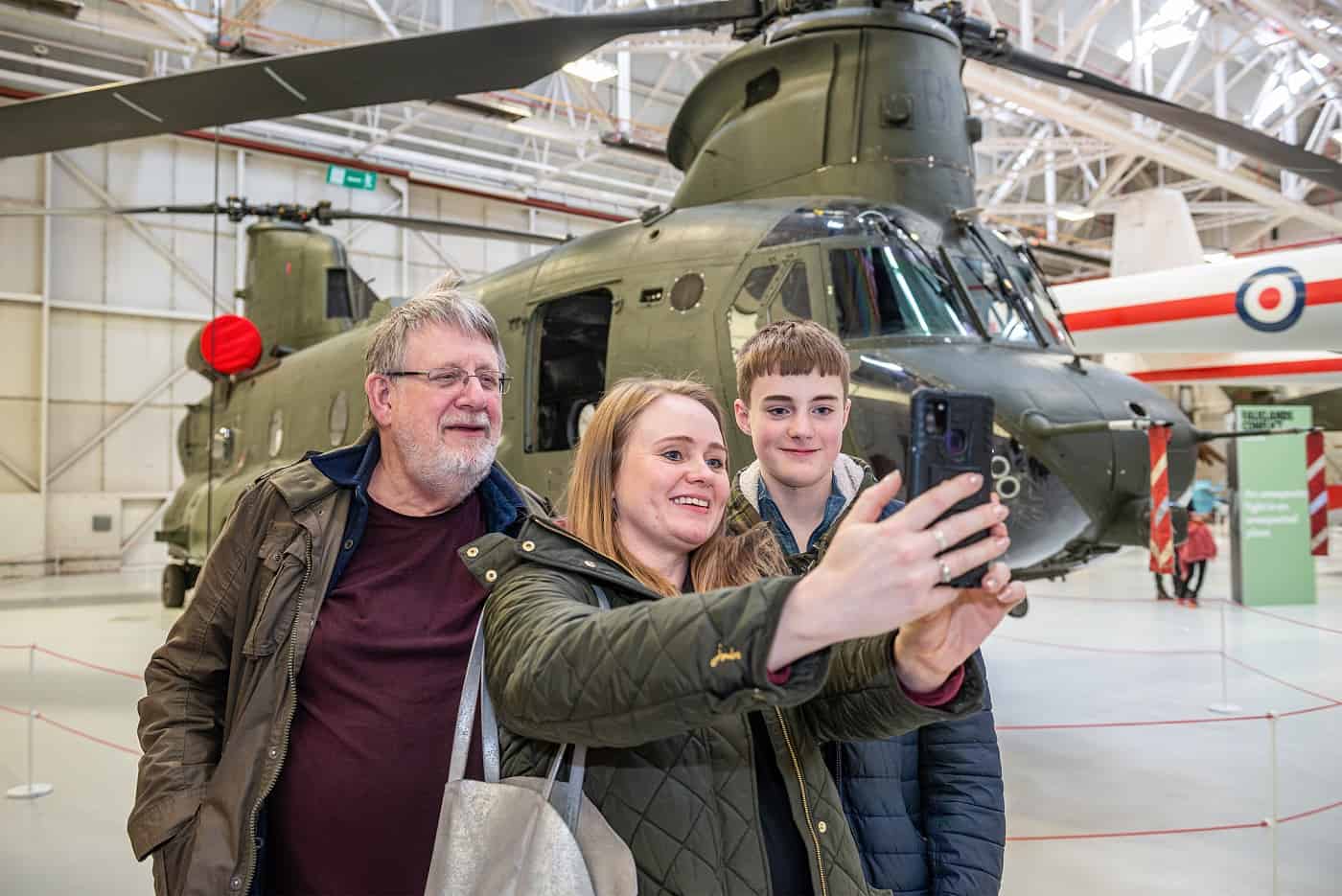 ‘We’re absolutely delighted to add Bravo November to the RAF Museum’s collection and have her on display at the start of the Falklands 40 anniversary commemorations. Bravo November is an iconic aircraft, with a fascinating history in the Falklands and beyond, she’s been a real witness to war, having travelled the world doing her job.

Indeed, four of her pilots have been awarded the Distinguished Flying Cross (DFC), a remarkable achievement for one aircraft, that brings with it amazing stories of courage and bravery. She is a wonderful addition to our collection, and we’re thrilled to display Bravo November alongside the Harrier GR3, to talk about the role the RAF played in the Falklands campaign, a role that has been overlooked in comparison to that of the Royal Navy and the Army at the time, but still just as important.’ 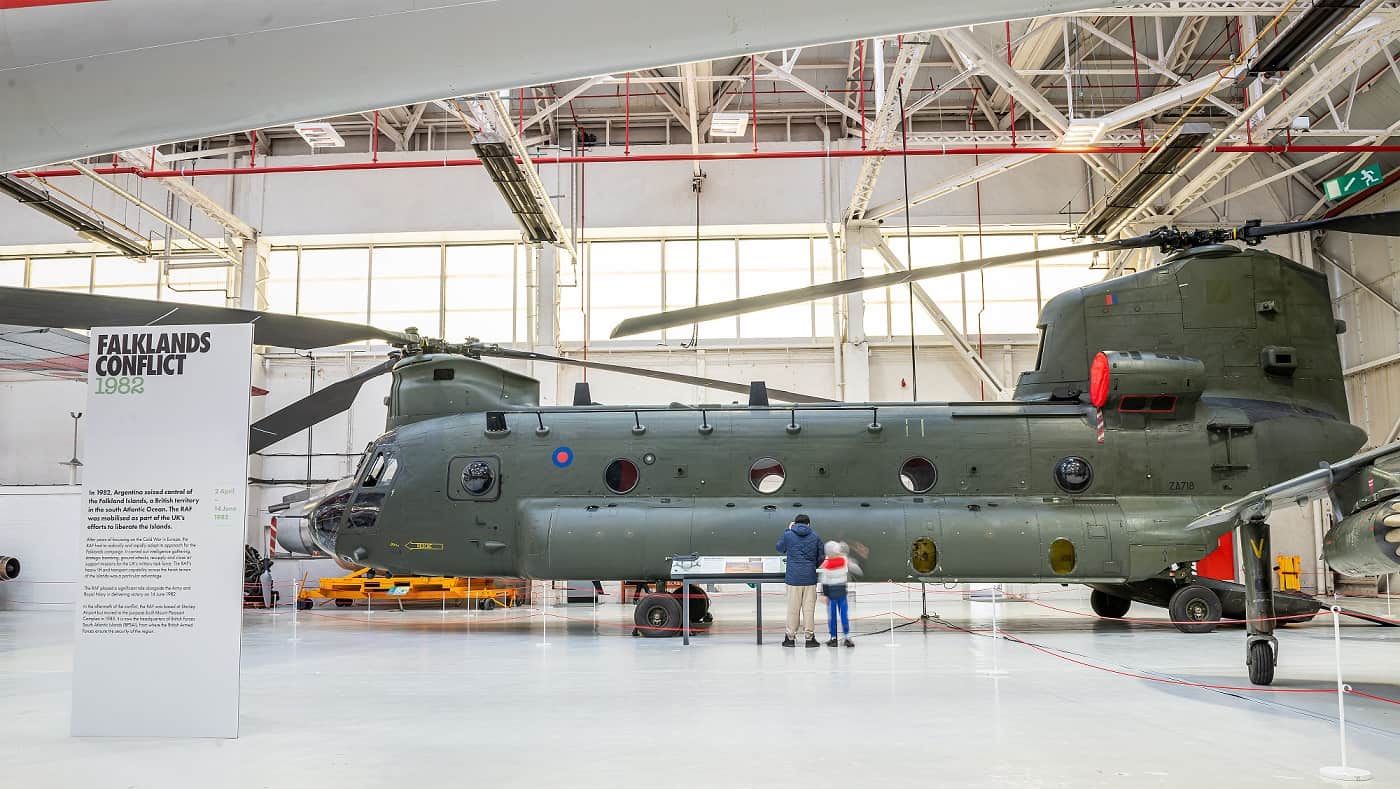 Alongside the aircraft, new Falklands 40 interpretation displays, including 3D touch models and footage in operation will highlight the role the RAF played in the conflict at this important time of remembrance, reflection, and commemoration. People stories from the Falklands, including first-hand accounts of Bravo November will be shared through the Museum’s RAF Stories platform. 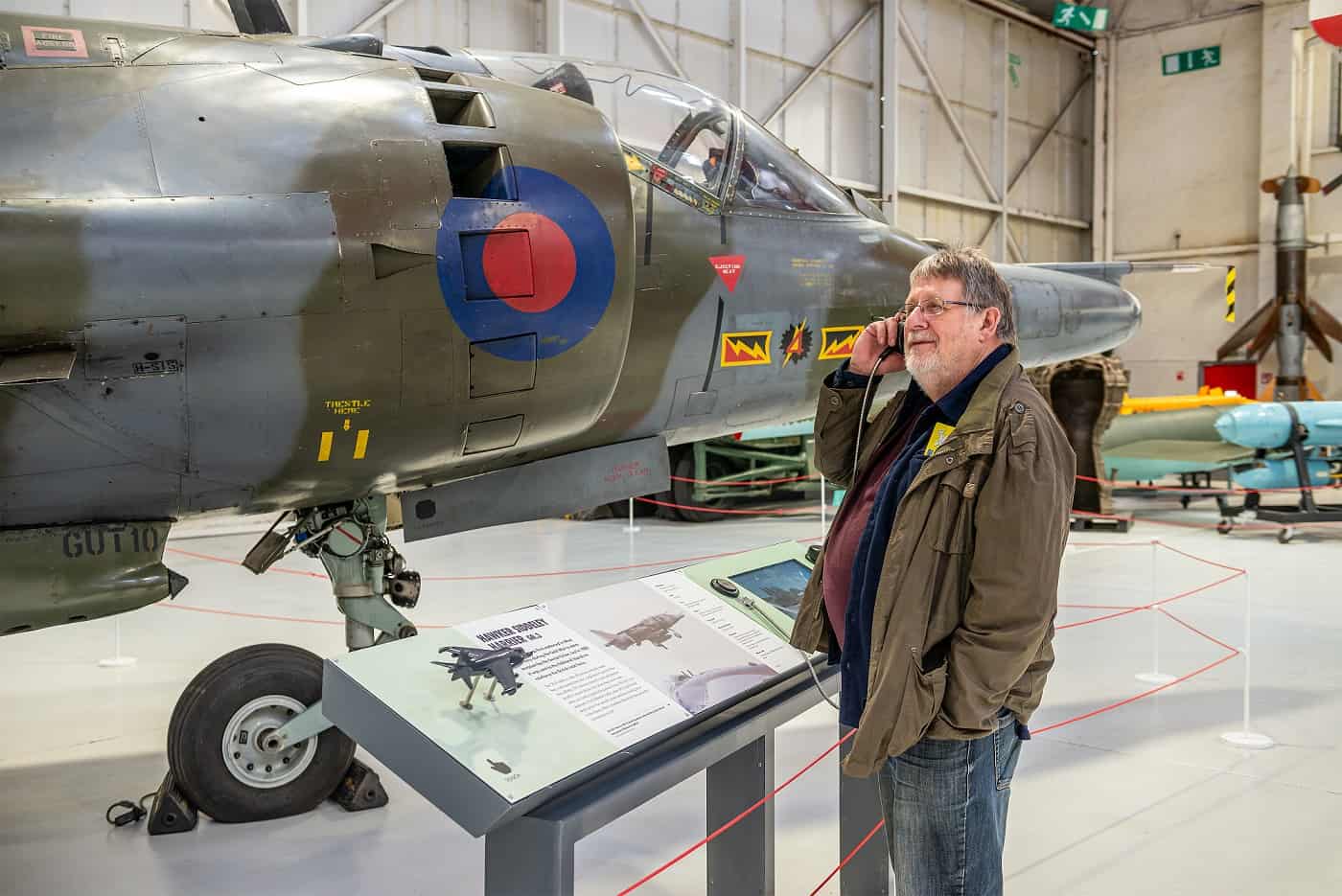 ‘As the Station Commander at RAF Odiham and the Commander of the Chinook Force, it has been a pleasure to be part of the dedication of this iconic aircraft. Bravo November has been at the heart of RAF Odiham’s operational commitments since she joined the Chinook Force in 1980. It is fitting that we remember her, and all who have served on her, and this exhibit is a fantastic way to showcase her history with the Chinook Force.’

Bravo November recently retired after more than 40 years of service with the RAF and was transported by road from RAF Odiham by the Joint Aircraft Recovery and Transportation Squadron (JARTS) and reassembled over five days by a team of Technicians from RAF Odiham and RAF Cosford, before being moved into the Museum’s hangar for public display. 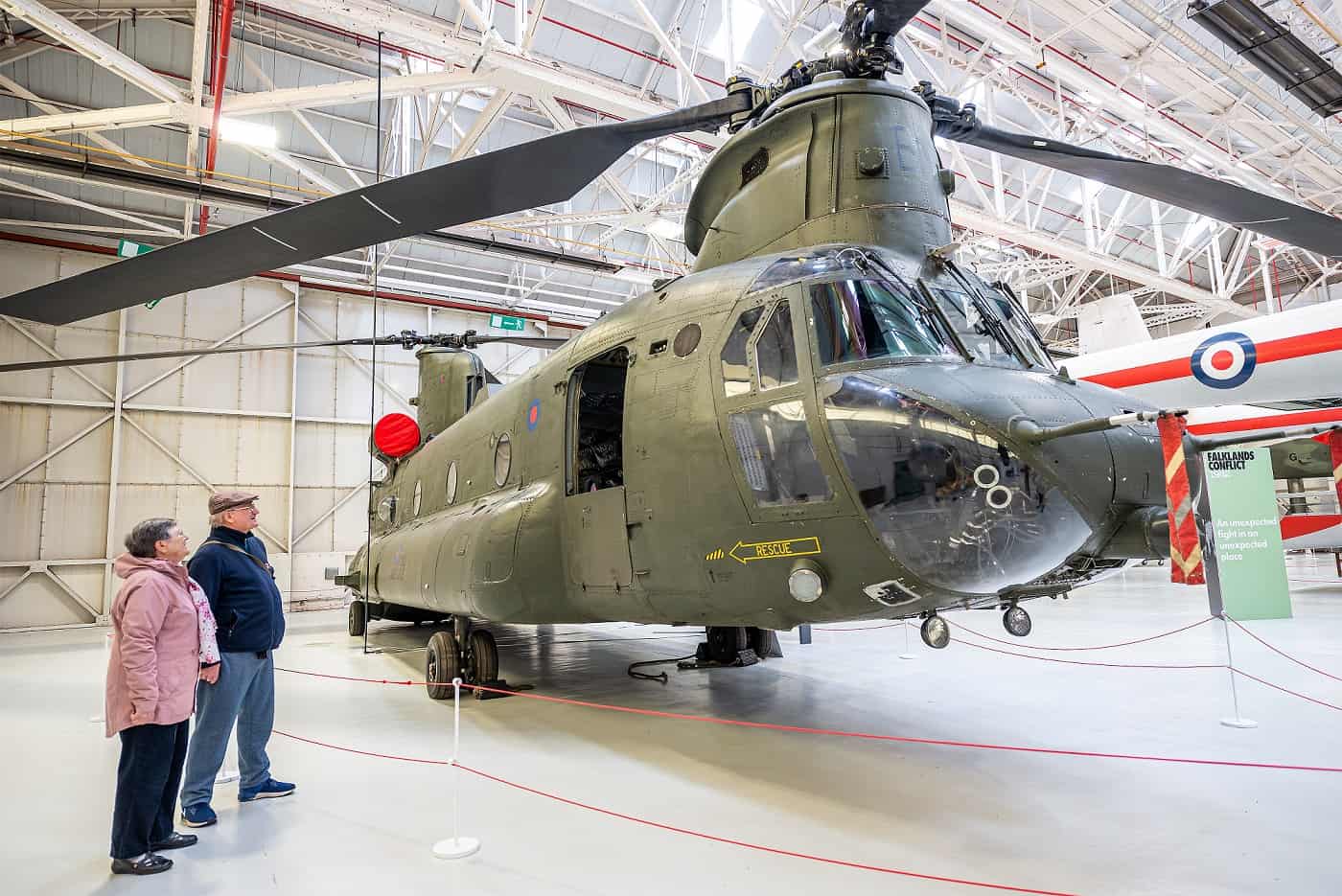 Be one of the first to view Bravo November, the Harrier GR3 and the new Falklands 40 display at the RAF Museum Midlands. The Museum is also home to the Vulcan and Victor bombers, as well as the VC10, Nimrod and Hercules, all examples of the type used by the RAF in the Falklands campaign. Entry to the Museum is free, simply pre-book your arrival time online CLICK HERE.