The Supermarine Spitfire Mk 1 K9942 displayed at the Royal Air Force Museum Midlands has been presented with a prestigious ‘Engineering Heritage Award’ by the Institution of Mechanical Engineers (IMechE). The awards, established in 1984, celebrate the contribution of mechanical engineering past and present, recognising artefacts, sites and landmarks of significant engineering importance.

The Spitfire was recognised for the contribution and vital role it played both in terms of protecting our nation and its pioneering engineering. The award was presented to RAF Museum CEO Maggie Appleton by current Chair of IMechE’s Engineering Heritage Committee John Wood, with fellow IMechE members in attendance. 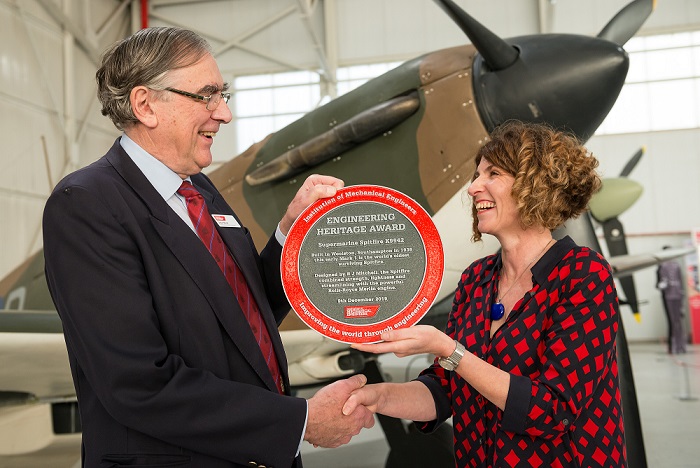 Built in Woolston, Southampton in 1939 this early Mark 1 is the world’s oldest surviving Spitfire. Designed by R J Mitchell, the Spitfire combined strength, lightness and streamlining with the powerful Rolls-Royce Merlin engine. From the beginning pilots recognised it as a thoroughbred combining a perfection of design with superb handling characteristics.

RAF Museum Midlands Curator, Tom Hopkins said:
“The Spitfire is the most famous British fighter aircraft in history. It won immortal fame during the summer months of 1940 by helping to defeat the German air attacks during the Battle of Britain. Although Hurricanes outnumbered Spitfires throughout the Battle of Britain, it was the Spitfire which captured the imagination of the British public and enemy alike. The Spitfire was developed into many subsequent variants and continued to serve with the RAF until well after the end of the Second World War.”

Chair of IMechE’s Engineering Heritage Committee, John Wood said:
“The Institution of Mechanical Engineers is delighted to present this award to the Spitfire to recognise the huge contribution, its designers and pilots made during the Battle of Britain. The UK’s large aerospace industry is built on the rich heritage of engineering innovation which is a legacy of aircraft such as the Spitfire.” 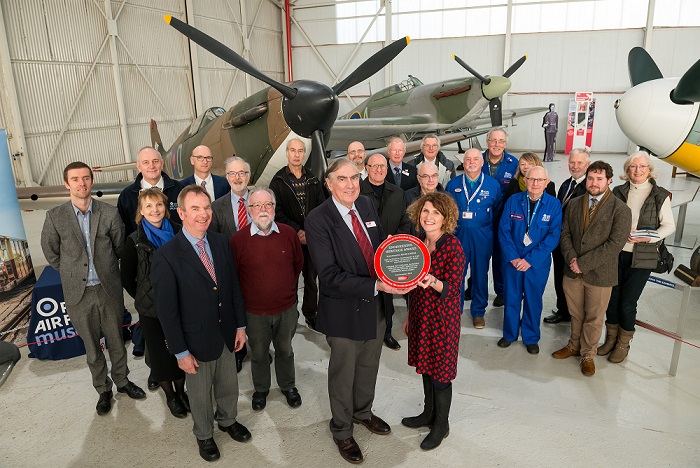 Spitfires first went into service in August 1938 with No.19 Squadron and by the outbreak of war, a year later, nine squadrons were equipped. Production rapidly built up and by July 1940 there were nineteen Spitfire Mk 1 squadrons available. 1,566 Spitfire Mk 1’s were built and the example on display at RAF Museum Midlands is the oldest surviving example of its type. The aircraft can be viewed daily from 10am in the Museum’s War in the Air hangar. Entry to the Museum is free.

This is the 129th Engineering Heritage Award to be presented by IMechE, which has over 120,000 members across the UK and overseas, with over 400 members based in Shropshire. By holding events and working on engineering initiatives, they aim to raise the profile of engineering across a broad spectrum of industries and offer practical guidance and support to engineers. Further details can be found at imeche.org 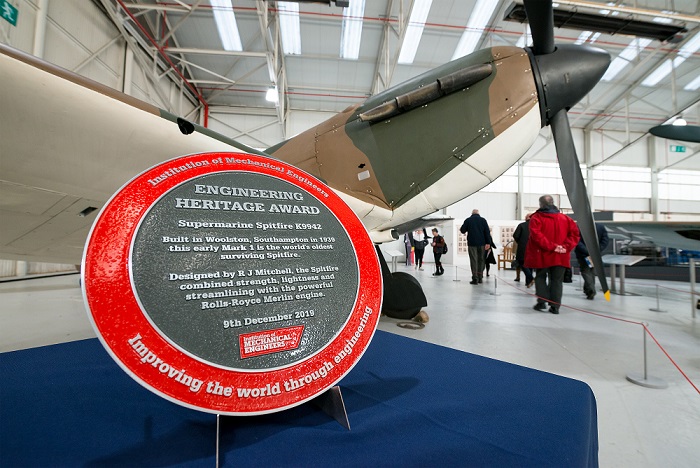 Keep a look out in 2020 for the RAF Museum’s Spitfire tour of the West Midlands, details coming soon…!