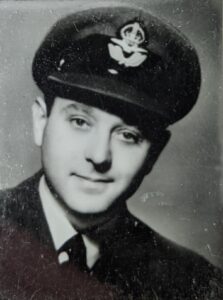 The Royal Air Force Museum is saddened by the news that Squadron Leader Lawrence ‘Benny’ Goodman has died at the age of 100. Benny enjoyed a distinguished RAF career spanning 24 years, during which he completed a full operational tour as a wartime bomber pilot with No. 617 Squadron, the celebrated ‘Dambusters.’ In retirement, Benny supported several RAF charities and worked hard to promote reconciliation with Germany and educate younger people about the realities of war. More recently, he offered tireless support to the RAF Museum’s ‘Jewish Hidden Heroes’ project, which highlights the vital role played by Jewish people, like himself, in the RAF’s battle against Nazi tyranny.

Lawrence Goodman was born in London and volunteered to join the RAF, aged 18, at the outbreak of war in September 1939. Selected to train as a pilot, he proved so skilful that in 1942, he was posted to Canada as a flying instructor. Benny requested a return to the UK, and after retraining, became the first pilot without operational experience to be posted to No. 617 Squadron, the RAF’s crack precision bombing unit. Beginning in August 1944, Benny participated in 30 operations with the squadron against important enemy targets. On 19 March 1945, he demolished the Arnsberg railway viaduct with a 22,000 lb (10,000 kg) Grand Slam bomb, and on 25 April, he attacked Hitler’s ‘Eagle’s Nest’ at Berchtesgaden. 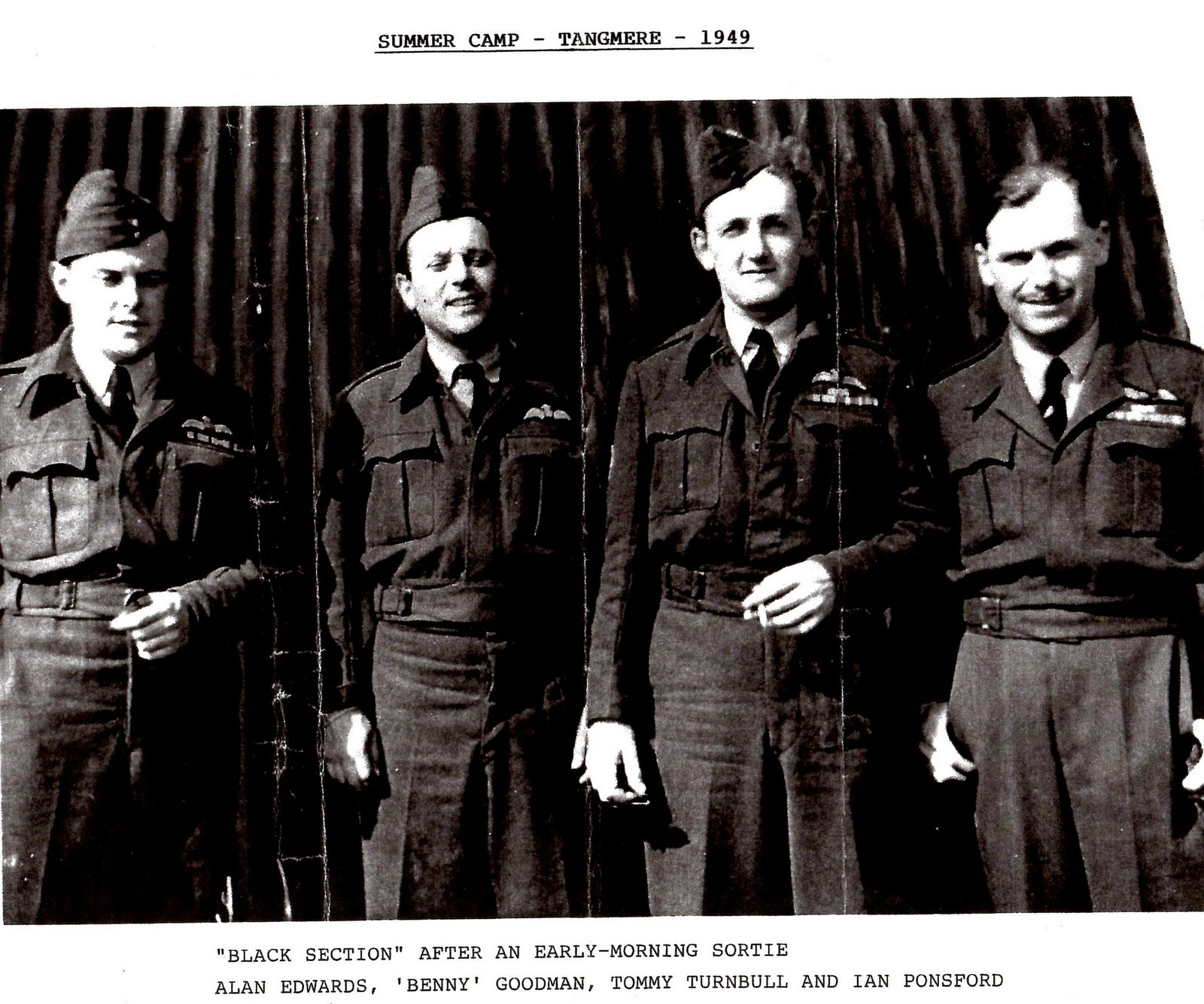 Benny was compulsorily demobbed in 1946, but joined No. 604 Squadron (Auxiliary Air Force) flying Spitfires from RAF Hendon, now the site of the RAF Museum. With the Berlin Blockade in 1948, he voluntarily rejoined the regular air force; and in the following years piloted Hastings transports with No. 53 Squadron and photo-reconnaissance Canberras with No. 80 Squadron. Benny eventually retired as a squadron leader in 1964, having logged over 3,500 hours on 22 different aircraft types; and he would hold a private pilot’s licence until he was 93. In 2017, the Republic of France appointed him a Chevalier of the Légion d’Honneur. 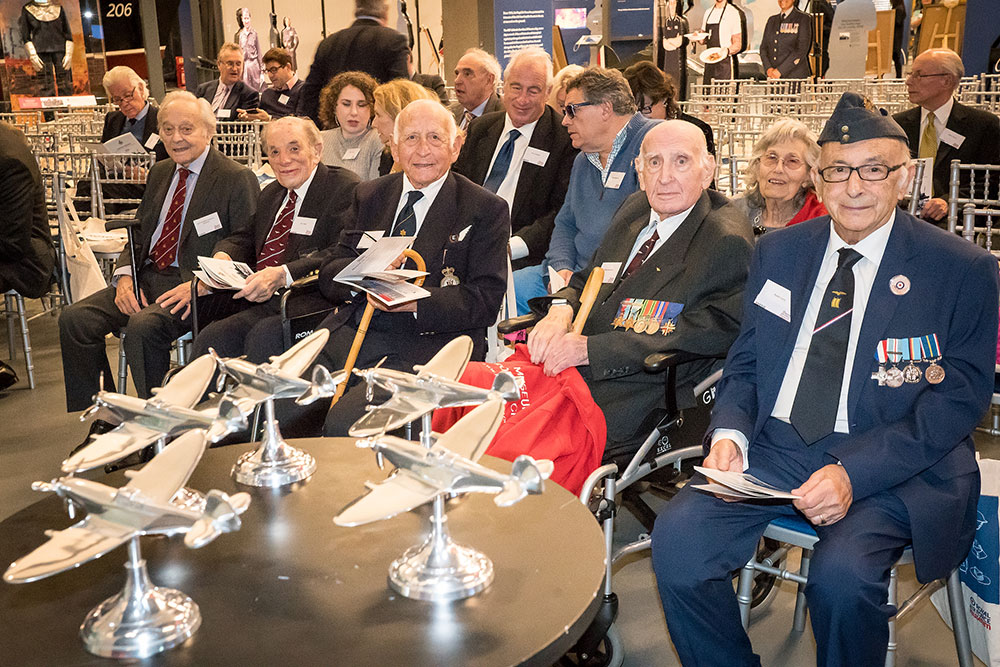 When ‘Jewish Hidden Heroes’ was launched in 2018, Benny was interviewed by Museum Ambassador Joshua Levine; and he also shared his remarkable story at a special event at our London site that November. Benny was an enthusiastic supporter of the RAF Museum’s partnership with Chelsea FC and of the Club’s campaign to challenge anti-Semitism and racism through education. Thanks to this partnership, Benny’s testimony will feature in the Augmented Reality displays planned for the forthcoming Bomber Command exhibition.

Despite the challenges presented by COVID-19, in September 2020, Benny joined us, along with Chief of the Air Staff, Air Chief Marshal Sir Mike Wigston, to mark the 80th Anniversary of the Battle of Britain and his own 100th birthday. And earlier this year, he also agreed to be the face of the virtual Lancaster Challenge, helping the Museum to raise funds by encouraging participants to maintain their physical fitness. Sadly, Benny was to have been the guest of honour at the Battle of Britain gala in September. 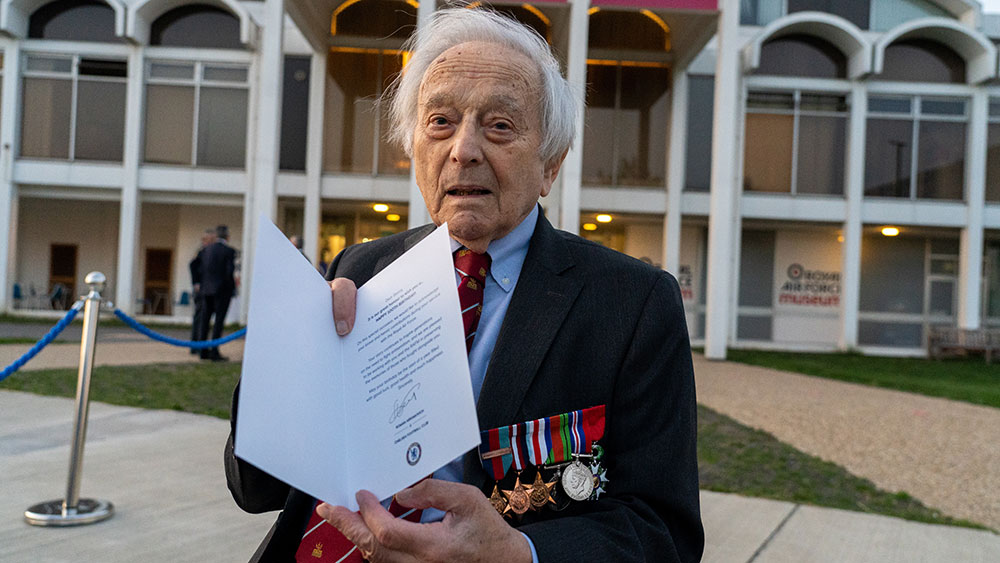 ‘So many of us will be mourning Benny, while celebrating his outstanding contribution during the Second World War and his faultless RAF Service. The RAF Museum has been fortunate to call Benny a friend. He supported us in sharing the incredible story of Jewish servicemen and women during the war, and the brave airmen who were in a particularly perilous situation should they have been captured. Benny was a special man who lived a long and fruitful life and brought joy and inspiration to many. He will be sadly missed by his friends at the RAF Museum, but we will ensure that his stories live on to inspire generations to come.’