• Joint Command? Debunking the myths behind the Navy, Army and Air Force roles as they vied for victory 75 years ago

• Free virtual events bring WW2 to life, for the nation at home

The three historical institutions of the British Armed Forces invite the public to ‘stand with your services’ to celebrate 75 years since VE Day on Friday 8 May. The National Museum of the Royal Navy, National Army Museum and Royal Air Force Museum are hosting their first tri-service celebration with the Virtual VE Day 75 Festival taking place online from Thursday 7 May to Saturday 9 May 2020, inclusive.

In a way that the British do so well, the three museums of the Armed Forces will keep calm and carry on with their Virtual VE Day 75 Festival to replace individual pre-Covid ambitions for marking this important anniversary. The service museums encourage members of the public to come together, while staying at home, in conjunction with the government’s communications to ‘stay home and save lives’. 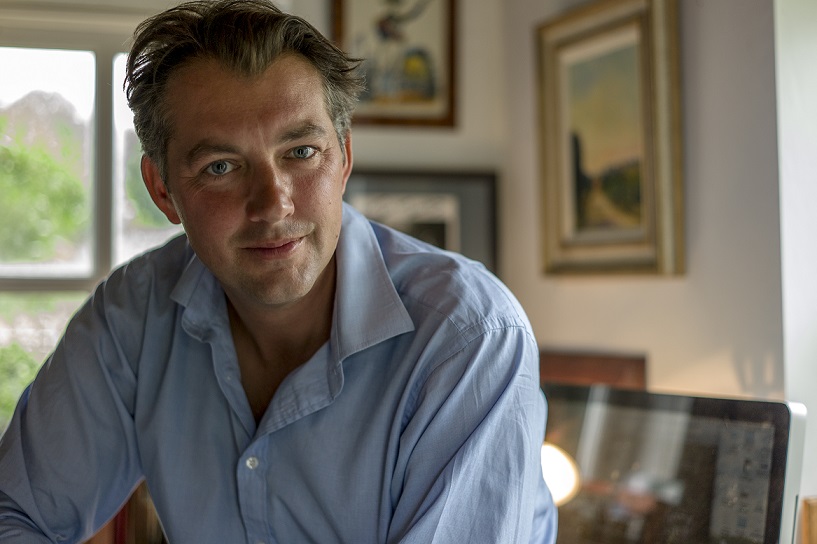 The virtual programme kicks off on Thursday 7 May, the date of Germany’s unconditional surrender, with ‘Vying for Victory: Britain’s Navy, Army and Air Force in Myth and Memory’. Chaired by historian and broadcaster, James Holland, this will see each museum fight their corner, discussing the Royal Navy, Army and Royal Air Force’s respective roles during the closing stages of the Second World War. This free event will be broadcast on YouTube at 5pm on Thursday 7 May, followed by a live Q&A on CrowdCast at 7pm.

The Second World War was the first major conflict which saw the implementation of a truly joint operations and command. This involved three different services with three different sets of traditions, cultures and experiences. Leading military historians, Matthew Sheldon (National Museum of the Royal Navy); Dr Peter Johnson (National Army Museum) and Dr Harry Raffal (Royal Air Force Museum); will explore how each of the services has cemented its own contribution in myth, tradition and popular culture and question the accuracy of that representation via the highs and lows of this unique working relationship. 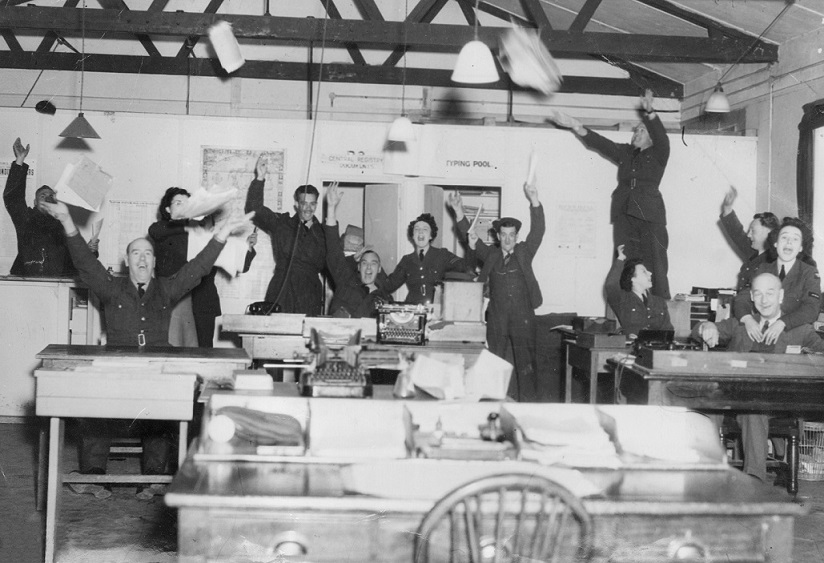 On Friday 8 May, members of the public are invited to get their gardens and homes decorated and prepare for a VE Day party. Enjoy learning about life on the Home Front, get thrifty with a Make Do and Mend session, and learn how to dig for victory. Discover some of the experiences of Women in War with poignant stories from the each of the museums’ archives. Such as that from Dorrie Thomas, who served as a Telegraphist in the Women’s Royal Navy Service and sent news of peace in Europe to members of the British Naval Fleet.

Historian and author, James Holland will speak to the National Army Museum’s Dr Peter Johnston at 2pm in a live webinar discussing ‘Why the Allies Won’, just before the nation tunes into the BBC to hear Churchill’s famous VE Day broadcast at 3pm. Victory celebrations commence at 4pm with a live Swing Dance Class followed by a sing-along concert with the Bluebird Belles. 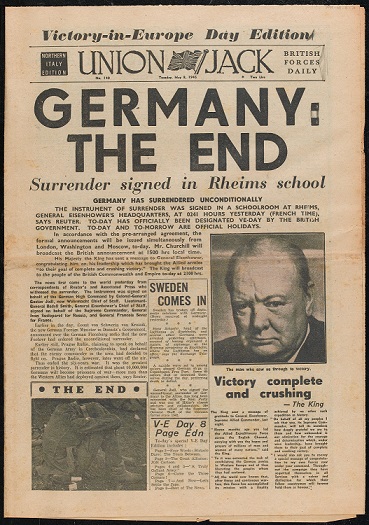 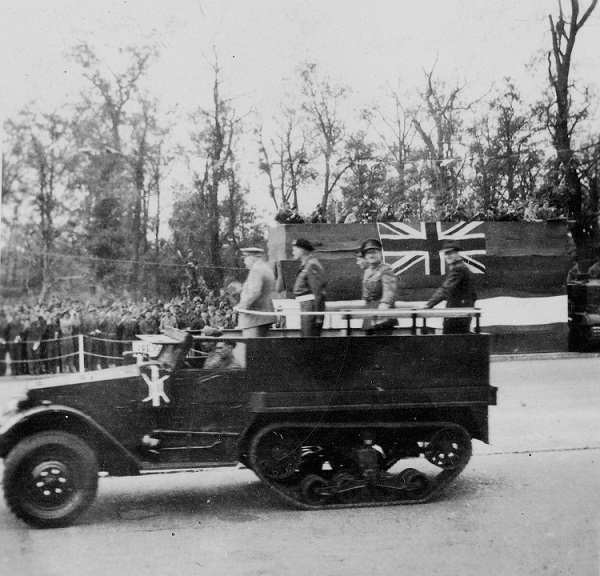 Saturday 9 May brings living history to living rooms with reenactors sharing stories from real service personnel during the Second World War. Dr Peter Johnston takes a live webinar with historian Dr Jonathan Fennell on ‘Fighting the People’s War’, and an immersive walk-through of HMS Alliance will provide an insight into the extraordinary self-isolation experience of submariners as the rest of Europe celebrated.

Defence Minister Baroness Goldie said:
“As plans for VE Day 75 have been forced to change hugely due to the pandemic, this imaginative and innovative virtual festival will provide a much-needed distraction in these uncertain times. This is a chance to rediscover the Second World War and will be a poignant reminder for us all of the sacrifice our Armed Forces made in honour of King and country.

“The cooperation of these three historic institutions is a fantastic achievement and will ensure that all generations are aware of the importance of VE Day and the unforgettable impact of events which took place 75 years ago.”

The full schedule of events will be published on Friday 1 May 2020.