The Royal Air Force Museum is delighted to announce the winners of its academic awards to Doctoral, Masters and Undergraduate students. They are Justin Bronk, Sydney Mott and Sophie Arnold.

These awards are made to final year students, without regard to nationality or academic affiliation, on the recommendation of a selection panel composed of members of the RAF Museum’s Research Board. The bursary and prizes are awarded for writing in the field of ‘air power studies’ in the broadest sense, encompassing not only the history of air warfare, but also related fields such as archaeology, international relations, strategic studies and others. This year’s applications were assessed during the course of 2021. 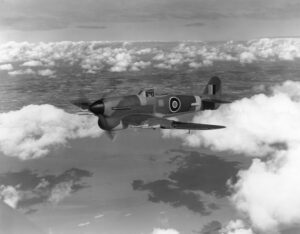 Justin’s research offers a fascinating study on the science-based appreciation of the merits and de-merits of the aircraft considered as case-studies for the project, but importantly extends this to design decisions, and the broader underlying assumptions from which these stemmed 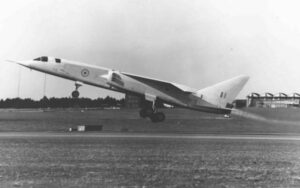 The winner of the Royal Air Force Museum Masters Prize is Sidney Mott (Kings College London). Sidney’s dissertation is entitled ‘The Conservative Monday Club and Opposition to the Cancellation of the TSR2 Programme, 1965-1970’. 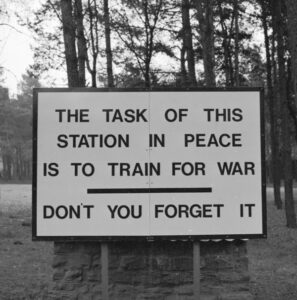 The winner of the Royal Air Force Museum Undergraduate prize is Sophie Arnold. Sophie’s dissertation, submitted to the University of Plymouth, is entitled ‘A University Fraternity with Supersonic Aeroplanes’: A social and cultural history of nuclear strike aircrew during the Cold War’.

Sophie’s dissertation was of exceptional quality. Primarily a work of oral history based on a series of oral interviews with pilots from a nuclear strike squadron, but grounded also in the historiography of UK nuclear forces, Sophie’s research sought to understand how these pilots coped with the task of being prepared to use nuclear weapons in the event of a conflict with the Soviet Union.

Sophie’s well written dissertation provides a notable contribution to the historiography of the RAF. Sophie explored the moral compass of the aircrew in considering their attitude to mounting nuclear strikes, but also attempted, successfully, to go deeper and identify not just the outwardly light-hearted ethos the squadron but the deeper psychological factors underlying the camaraderie and ‘banter’.

The winners of the RAF Museum Awards will be invited to attend the RAF Museum’s 2022 Conference, where they will be formally presented with their awards.

Details of how to apply for one of the RAF Museum’s 2022 Academic Awards will be shared later in the year. If you would like further information then email the RAF Museum’s historian Dr Harry Raffal (harry.raffal@rafmuseum.org).