Hendon the cradle of aviation

Hendon’s connections with aviation begin before the formation of the Royal Air Force. It has been a civil aerodrome as well as an RAF Station. Many people have visited it either to watch air displays or during their RAF careers.

In 1909 a local company, Everett & Edgcombe, built an aeroplane. To accommodate it they built a shed in a field at the end of Colindale Avenue. By October 1910 a large area had been cleared and other organisations were using the airfield, including a school founded by Louis Bleriot, the first person to fly an aeroplane across the English Channel.

In 1911 Claude Grahame-White bought the land and promoted the site as the London Aerodrome. On 12 May a military flying display was held and in September the first British airmail service was started. Air displays and races were held on most weekends, bringing the new technology to the attention of a wider public. The first Aerial Derby was held in 1912. This race round London started and finished at Hendon and was watched by an estimated 500,000 spectators. 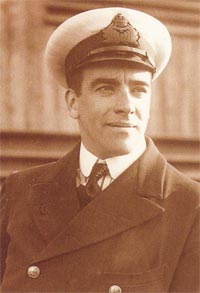 The Grahame-White Aviation Company began assembling Burgess Baby aircraft in 1910. In 1911 the company produced the New Baby and was also soon building Morane-Saulnier monoplanes under licence. When John D North joined the company in 1913 he began designing aircraft for the company, many of which were used by the Grahame-White flying school and pilots at the many aviation meetings.

The factory grew rapidly during World War One. Orders were received from the Admiralty and the War Office for aircraft. Some of the houses in the area were built to accommodate the workforce for the factories; Aeroville was built by the Grahame-White company to house some of its employees.

An Aircraft Acceptance Park was established to take delivery of aircraft from the many factories in the area, including the Grahame-White works, Handley Page and Airco. In addition many pilots were trained at Hendon for both the Royal Naval Air Service and Royal Flying Corps. Three pilots who trained at Hendon, Mannock, Ball and Warneford, were later awarded the Victoria Cross for their bravery in the air.

There had been some public flying during World War One. In 1919, however, a full season of display flying was held. Many famous pilots attended including the French ace Nungesser. In June 1919 the Victory Aerial Derby was held, rekindling memories of the pre-war air races. 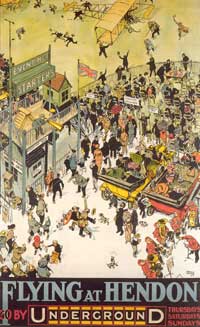 Military activity declined drastically in peacetime. The Royal Air Force, who now controlled the airfield, flew officials to Paris for the Versailles Peace Conference. Although there was little military activity the Government refused to return the airfield to Grahame-White.

In 1922, the Government took possession of Hendon without warning and closed the factory which had survived by making cars. In 1925 compensation was agreed and ownership of Hendon passed to the RAF. At the time the only users of the airfield were the London Flying Club and the Skywriting Corporation.

In 1920 the RAF Pageant was held at Hendon. It was the first of many held here during the twenties and thirties. For most people it was their only chance to see the skills of RAF pilots. People could compare modern aircraft with those of World War I and see the latest developments in the “New Types” Park. Hundreds of thousands of people visited the displays. In 1938 and 1939 the displays were titled the Empire Air Day, one of several held across the United Kingdom.

No.600 and No.601 Squadrons of the Auxiliary Air Force were formed at Hendon in 1927. In 1930 No.604 Squadron was formed. After 1930 the Prince of Wales and the Duke of York kept their aircraft at Hendon: this was the forerunner of the modern Queen’s Flight. 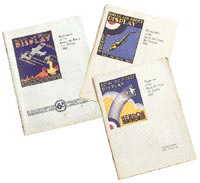 In 1933 No.24 Squadron, which transported VIPs, moved to Hendon from Northolt.

World War II brought changes at Hendon, with only No.24 Squadron remaining of the pre-war units.

During the Battle of Britain

a number of fighter squadrons used the airfield for short periods. The proximity to various headquarters and good access to road and rail links led to the RAF and United States Army Air Forces concentrating transport units at Hendon.

Runways were built to allow heavier aircraft to use the airfield and large numbers of huts were built to accommodate the increasing numbers of personnel. Accommodation was a constant problem. At different times Aeroville, the Hendon Hall Hotel and houses in Sunningfields Road and Cedars Close were among those requisitioned.

RAF Hendon was attacked from August 1940 onwards. It suffered less than many RAF stations during the war but one of the three World War One hangars was destroyed by fire. Several of the attacks also caused damage in housing in the local area. By contrast Geraldo and his Orchestra broadcast Workers Playtime from RAF Hendon on 25 May 1944. By then it had become well known to Royalty, Politicians and Military Commanders who were used to flying to or from the airfield. 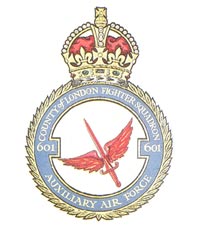 The V1 flying bombs brought tragedy to Hendon. Four members of the Women’s Auxiliary Air Force were killed by a flying bomb which hit Colindale Hospital on 1 July 1944. The WAAF quarters were also affected. Just over a month later, on 3 August, another flying bomb destroyed a brick-built barrack block, killing all inside. RAF personnel had to be assisted by soldiers from the Army School of Physical training billeted at the Police College. The damage was still being cleared at the end of the Second World War.

Hendon had held one of the last of the pre-war flying displays.

On 15 September 1945 it held one of the first post-war displays. Over 20 aircraft took part in the flying display watched by tens of thousands of spectators. There were displays too in many of the buildings showing wartime developments including radar.

The end of World War II led to a reduction of units. When No.24

Squadron left in 1946 Hendon was without any flying units. Later that year No.601 and No.604 Squadrons returned.

The Metropolitan Communications Squadron of the RAF moved to Hendon for the transportation of VIPs and the US Navy stationed a transport squadron here. The airfield was considered unsuitable for jets so in 1949 No.601 and No.604 Squadrons had to move to North Weald. The US Navy left in 1956 and the last RAF flying unit, the Metropolitan Communications Squadron, departed for RAF Northolt on 4 November 1957.

There was still some flying at Hendon by a gliding school which provided training for air cadets and some hangars were used for the storage of the Nash Collection of aircraft. This collection now forms part of the RAF Museum Collection.

1968 saw the 50th Anniversary of the formation of the RAF, and a small display was held to celebrate the occasion. Later that year the last aircraft to use Hendon’s runways,a Blackburn Beverley, arrived and was put on display. Most of the airfield site was sold for housing but Hendon remained a busy RAF station, accommodating the Supply Control Centre and the Joint Services Air Trooping Centre.

The RAF Museum began acquiring objects in 1965. It had a store at RAF Henlow but needed a more suitable location. It was allocated the two remaining Auxiliary Air Force hangars near the railway. Once construction was completed aircraft were moved to Hendon. Gallery displays were produced with the help of the resident Exhibition Design and Display Unit of the RAF. On 15 November 1972 the RAF Museum was opened by Her Majesty The Queen. 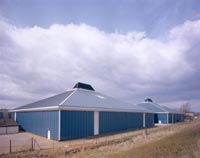 On 1 April 1987 RAF Hendon officially closed although personnel were still present until 1988. East Camp remained until 1993 when most remaining buildings were demolished except for the Grahame-White factory buildings, the former Officers’ Mess and a few RAF buildings from the 1930s.

New uses will be found for the former RAF station and the buildings but the RAF Museum will continue to preserve Hendon’s links with its aeronautical heritage.