History of Aviation at Cosford 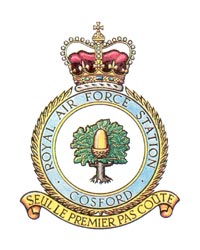 The rapid expansion of the RAF in the 1930s required additional aircrew and technicians to fly and maintain the aircraft. The Apprentice scheme was expanded and Cosford was chosen as the site for a new school of technical training.

The first trainees arrived at Cosford in August 1938 to commence their training on a building site. Furniture for the barracks had arrived from Halton and was put into rooms which were a long way from being finished. Even during the winter months, instruction took place in hangars without the large ‘Eclair’ doors and in classrooms without glass in the windows.

Wartime training was intense. Civilian instructors suddenly found themselves in uniform and were trained or ‘refreshed’ in Service duties. Cosford trained armourers, radar technicians and engine and airframe fitters throughout the war and the trainees included French, Poles, Czechs and Romanians. Normal strength of the unit was approximately 9,000 throughout the war.

No.9 Maintenance Unit was formed on the airfield in 1939. It was responsible for the receipt and despatch of a wide variety of aircraft ranging from Spitfire to Lysander, Hudson to Horsa glider. At its peak the MU was handling 400-500 aircraft movements each month.

Dispersed aircraft were often three miles away from the airfield and the technical support required to service this vast array of aircraft was enormous. The MU also modified aircraft to be despatched overseas and constructed Horsa gliders from prefabricated components. These gliders played a vital role in the invasion of Europe in June 1944. The RAF had a pool of glider pilots who ferried the Horsas away. 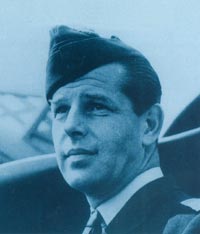 The Air Transport Auxiliary (ATA) also played a vital role in ferrying the other aircraft away from Cosford to their operational units. No 12 Ferry Pilots’ Pool, based at Cosford, was one of only two such pools staffed entirely by women.

The post-war reduction of the Service led initially to a decrease in the training task at Cosford. Engine and airframe instruction was given to National Service trainees and the School of PT returned for the period 1946-1954. As the Cold War deepened a re-examination of Britain’s defences was made and it recognised a need for modern jet aircraft along with the personnel to service them.

The arrival of 3 new types of apprentice in September 1964 began a further series of changes at RAF Cosford. The training featured a one-year craft apprenticeship for telegraphers, a two-year course for electronic fitters and the elite Technician Apprentices on a three-year course.

Technical training dominated the Apprentice training programme, but drill, ceremonial, physical and character training all played their part. Ceremonial duties have included Royal visits, route lining parades for state visits and the Freedom of Wolverhampton ceremonies. These changes also included replacing many of the old wooden buildings with brick buildings. New messes and barrack blocks were built and the domestic facilities improved.

The eventual phasing out of one and two-year craft apprenticeships marked the end of another phase of apprentice training. In 1976 a new scheme was introduced; three-year training for Electronic Technicians Air Communications and Air Radar and Flight Systems. Cosford trains technicians for both the RAF and the armed forces of other countries.

The Aerospace Museum at Cosford was opened on 1 May 1979 and was born out of a collection of historic ground instructional airframes on inventory at Royal Air Force Cosford. Other aircraft were added to the collection from the RAF’s Reserve Collections of Historic Aircraft scattered about the Country. The Trustees of the Royal Air Force Museum took over the management of the collection, under a Ministry of Defence Management Agreement, as a Museum independent of the RAF Museum at Hendon in London, and employed two staff. 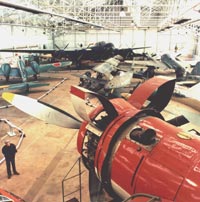 The Aerospace Museum was not Government funded directly but enjoyed rent and rates free accommodation the Station at Royal Air Force Cosford. The Station Commander was responsible for all costs relating to utilities, the maintenance of land and buildings and the conservation of the MOD owned historic aircraft.

The General Manager of the site was responsible for all other running costs and funds were raised from admission fees and profits from shop, café and events.

The Museum continued to grow until 1995 when forward plans indicated that expenditure would overtake income by 1998 if public facilities were not improved and visitor numbers increased.

Applications were made to the Heritage Lottery Fund, the European Regional Development Fund and an appeal was launched to build a Visitor Centre in which to accommodate first class public facilities and a conference centre.

In addition, an art gallery, a temporary exhibitions gallery and two other subject galleries were built making in all, a total project value of £3.6m and the new project was opened by His Royal Highness The Duke of Gloucester on 21 June 1998.

On 13 May 2002, Marshal of the Royal Air Force Sir Michael Beetham opened a new Conservation Centre named after him. This Centre is the culmination of seven years of planning to move the RAF Museum’s Reserve Collection to Stafford and the Conservation Centre to Cosford, from Cardington in Bedfordshire.

The National Cold War Exhibition was opened by HRH Princess Anne on 7 February 2007. The Exhibition is housed in a landmark building and its unique design has resulted in many awards and accolades. The Exhibition houses 19 aircraft, tanks, vehicles, models and memorabilia. A number of aircraft are suspended in flying attitudes and this is the only place in the UK where you can view Britain’s V-Bombers: the Vulcan, Victor and Valiant.