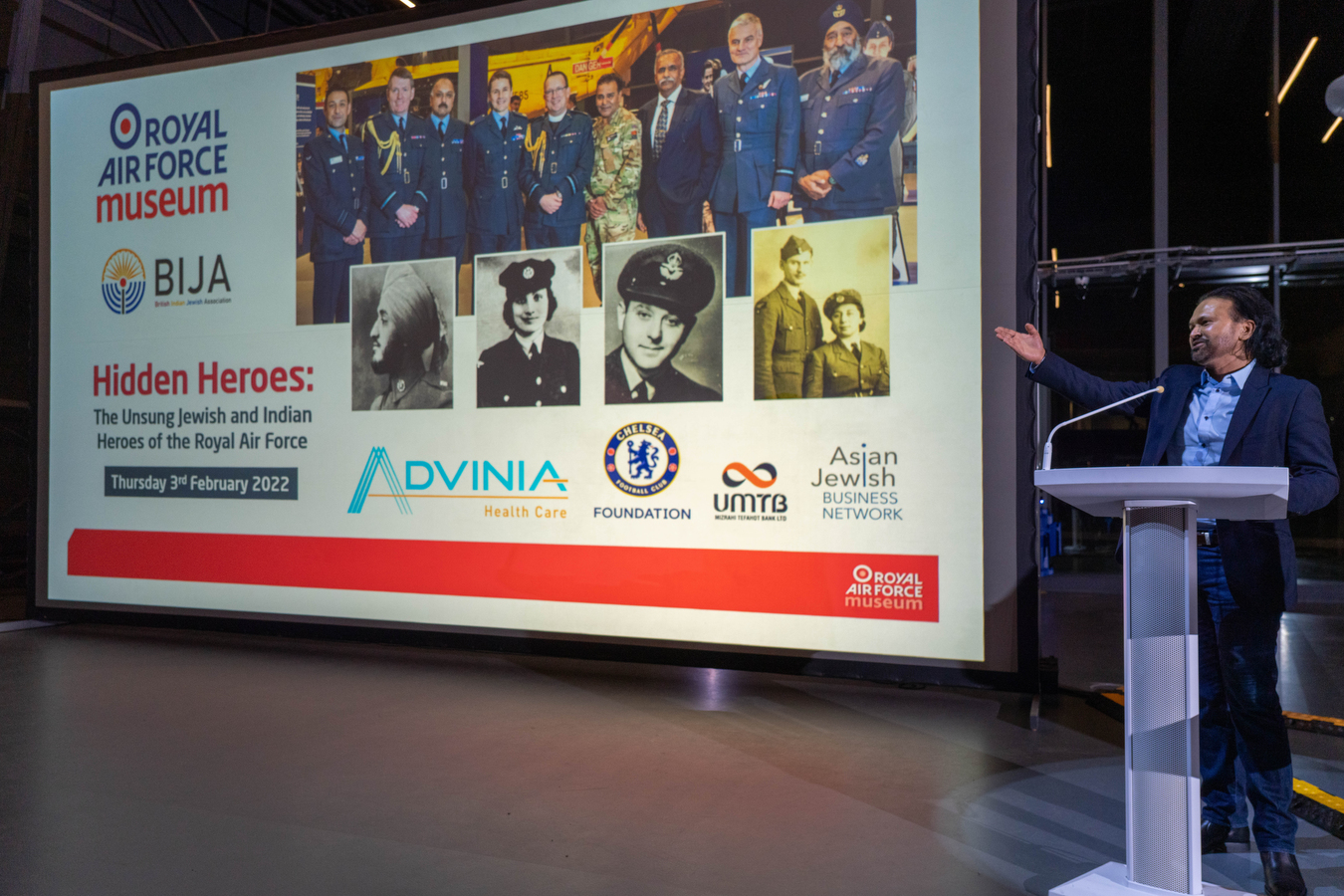 The RAF Museum is committed to sharing the RAF story with everyone and the evening included a Jewish Hidden Heroes talk by the Jewish author and historian Joshua Levine, and an Indian Hidden Heroes talk by the Indian journalist and author Shrabani Basu, both Ambassadors for the RAFM. Special guest AVM Simon Edwards (ACAS) was also in attendance, along with a group of RAF officers from the both the Jewish and Indian communities. 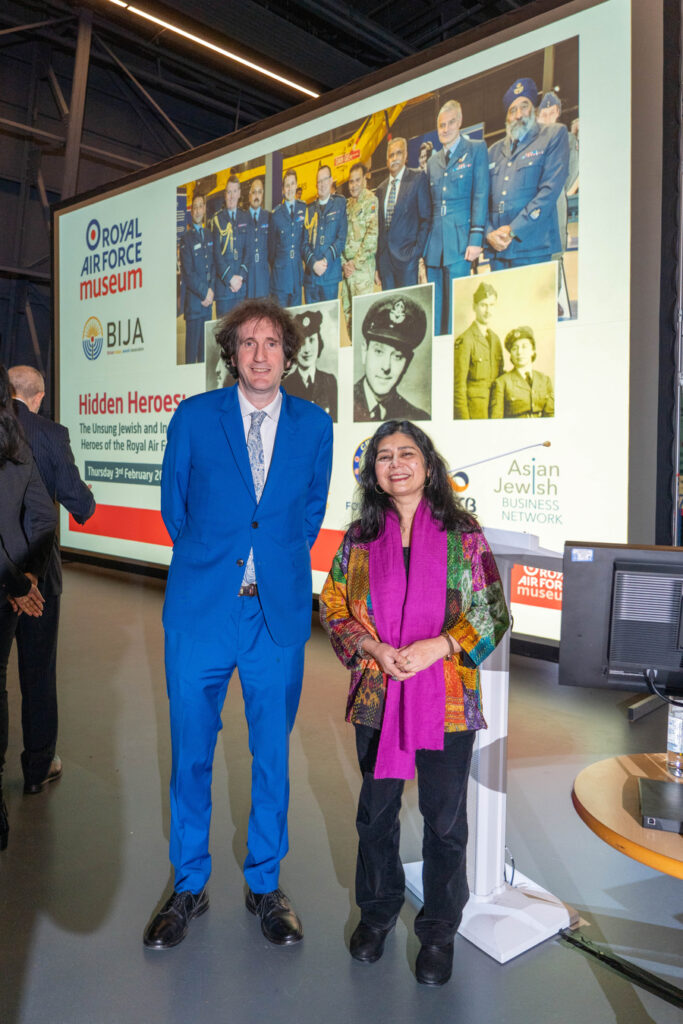 The RAF Museum Jewish Hidden Heroes project gathers and shares untold stories, both online and in our galleries, of the Jewish personnel in the RAF during the Second World War. The project is is supported by Roman Abramovich and the CFC Foundation for its Say No to Anti-Semitism Campaign. 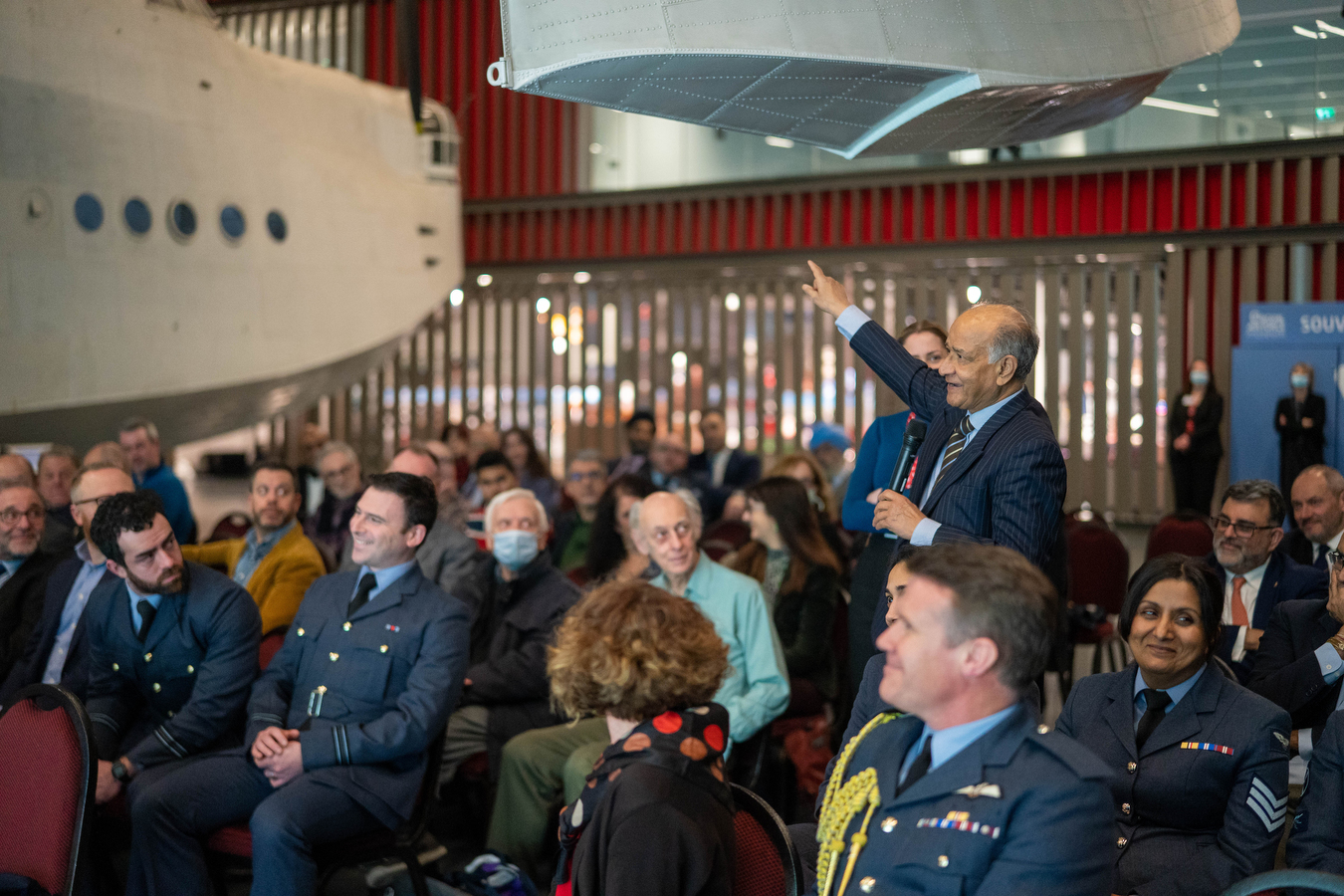