The RAF Museum can confirm that yesterday we welcomed Prime Minister Boris Johnson to the Museum to visit his grandfather’s medals which are on display in Hangar 1 at our London site. 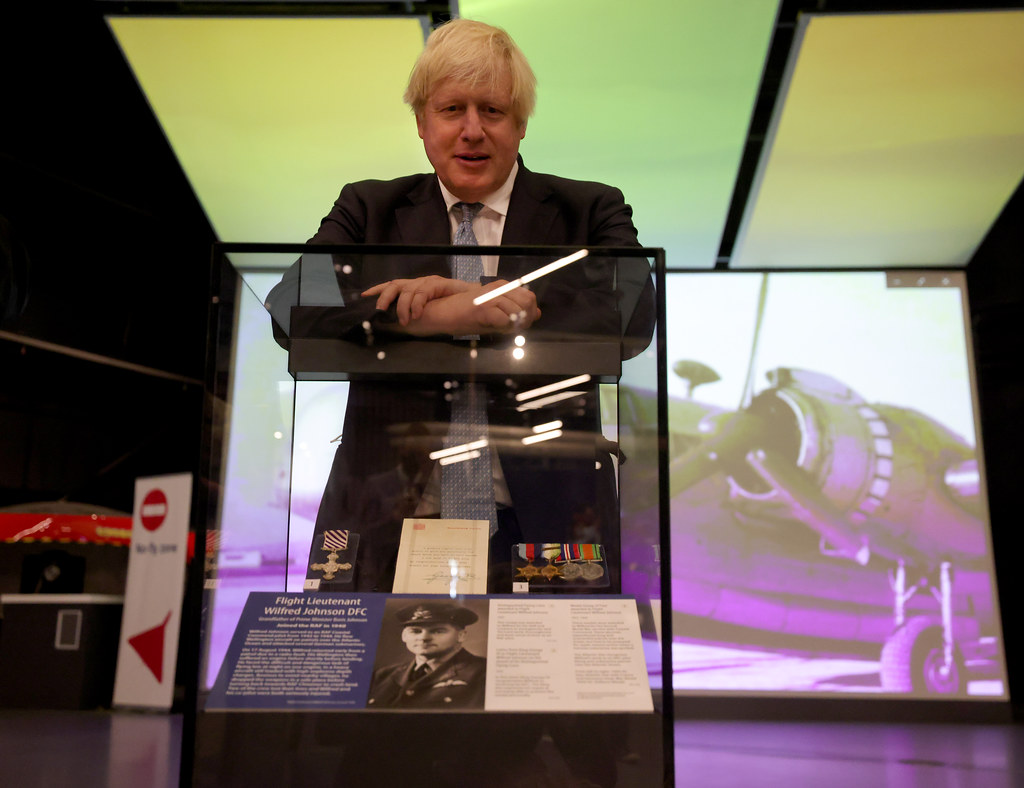 Flight Lieutenant Wilfred Johnson DFC served as an RAF Coastal Command pilot from 1942 to 1944. He flew Wellington GR.XIV aircraft on patrols over the Atlantic Ocean and attacked several German submarines. On 17 August 1944, Wilfred returned early from a patrol due to a radio fault. His Wellington then suffered an engine failure shortly before landing. He faced the difficult and dangerous task of flying low at night on one engine, in a heavy aircraft still loaded with high-explosive depth charges. Wilfred dropped these weapons in a safe place, avoiding nearby villages, and returned to RAF Chivenor – but he was seriously injured in a crash-landing on the airfield. Following his selfless action, Wilfred was subsequently awarded the Distinguished Flying Cross (DFC) for ‘skill and coolness in emergencies’ and ‘his hard work, thoroughness and keen sense of duty’ as an RAF pilot. 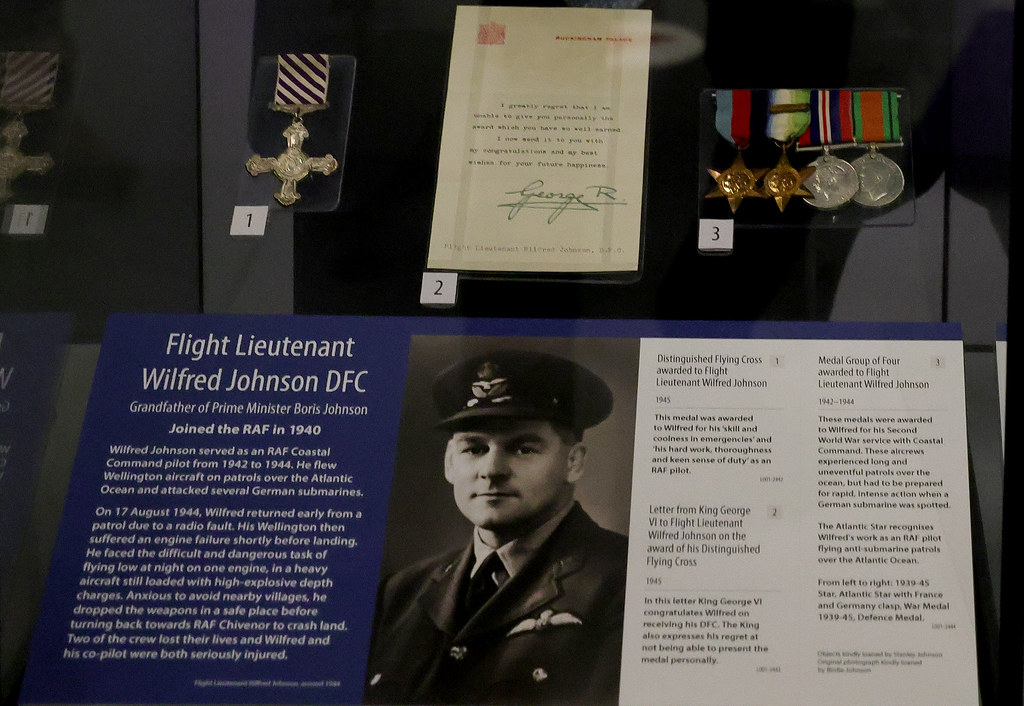 Wilfred’s DFC, along with a congratulatory letter from King George VI and his Medal Group of Four, are on loan from the PM’s father, Stanley Johnson.