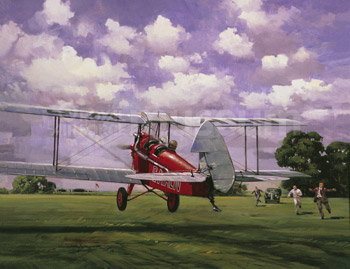 Whilst teaching his father to fly on their De Havilland DH60 Moth in 1932, practicing circuits on the hard-baked ground, the tail skid caught in a rut and broke the rudder post as the aircraft took-off. Seeing the tail flapping at an alarming angle, Alex took control and eased the aircraft back onto the ground. Unaware of the damage, his father berated Alex for making such a fuss until the potential danger was pointed out to him.