Battle of the Nations

“Had it not been for the magnificent material contributed by the Polish squadrons and their unsurpassed gallantry, I hesitate to say that the outcome of the battle would have been the same.”

During the Battle of Britain one fifth of Fighter Command’s aircrew came from overseas and 16 nations were represented in its squadrons.

A total of 126 New Zealanders, 98 Canadians, 33 Australians and 25 South Africans participated. They were joined by three Rhodesians, a Jamaican, a Barbadian and a Newfoundlander. The Commonwealth countries produced some of the best fighter pilots, including the Australian Flying Officer Paterson Hughes and Flight Lieutenant Adolph ‘Sailor’ Malan from South Africa. 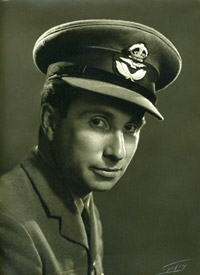 After the fall of France, the RAF welcomed into its ranks exiles from German-occupied Europe. In all, 145 Poles, 88 Czechoslovaks, 29 Belgians, 13 Frenchmen and an Austrian flew in the Battle and many of these proved to be excellent pilots. Though only operational for six weeks, the Polish No. 303 Squadron claimed 126 victories to become the top scoring RAF unit. The most successful RAF pilot, with 17 kills, was Sergeant Josef Frantisek, a Czech national who also flew with ‘303’.

Though their countries were neutral, 10 Irish and 11 United States citizens fought in the Battle of Britain. Pilot Officer William ‘Billy’ Fiske was the first American airman to be killed and a plaque was later unveiled to his memory in St Paul’s Cathedral which read:

“An American citizen who died so that England might live.”