Designing the UPKEEP Mine

The ultimate design of what had become known as the UPKEEP mine. The spherical casing was removed during tests at Reculver between 21 April and 1 May 1943. This was done as the casing tended to shatter on contact with the water, but it was noted that the metal cylinder containing the explosive continued on its course. From now on the cylindrical shape was used. 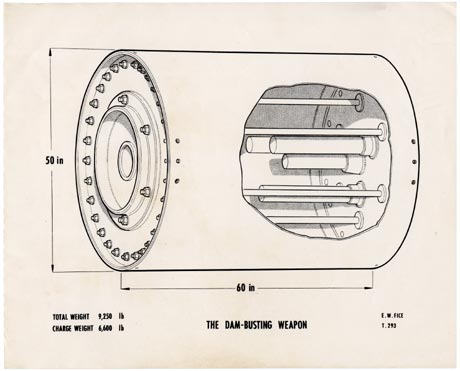 During this period a smaller version of UPKEEP codenamed HIGHBALL was developed as an anti-shipping weapon. Although it entered RAF service it was never used.