Sir Alan Cobham inspired a generation to join the RAF during the Second World War. 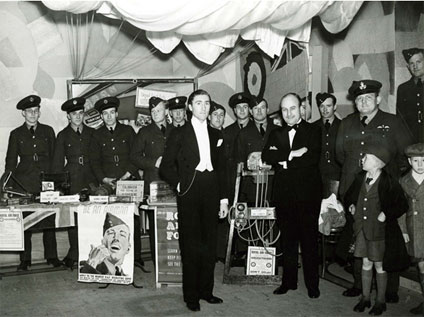 He was told by a Wing Commander in charge of selection in 1938-39 that three-quarters of prospective pilots said they took their first flight with Cobham’s Flying Circus.

Cobham also used his celebrity status to recruit for the RAF before the Second World War.

‘I thought there would be a long waiting list for entry into the Royal Air Force. There is not a waiting list and I am astounded. For young men can prepare for the best jobs while serving in the Air Force.’