When the decision was taken to merge the RFC and RNAS to form the Royal Air Force (RAF), concerns were raised about the loss of their specialised female workforce. This need for a separate women’s air service led to the formation of the WRAF on 1 April 1918. 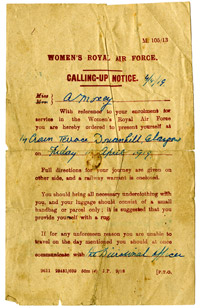 Personnel of the WAAC and WRNS were given the choice of transferring to the new service and over 9,000 decided to join. 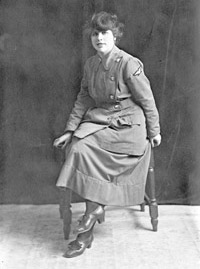 Civilian enrolment swelled WRAF numbers. They were dispatched to RAF bases, initially in Britain and then later in 1919 to France and Germany. 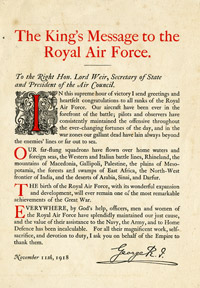 RAF and paved the way for all future air service women.

The work of the WRAF was divided into four basic trades: Clerks and Storewomen, Household, Technical and Non-Technical. Initially little training was given with wages based on existing experience and skills.

The majority of women were employed as clerks,

with shorthand typists the most highly paid of all airwomen. Women allocated to the Household section worked the longest hours, doing back breaking work for the lowest pay. The Technical section covered a wide range of trades, most highly skilled, including tinsmiths, fitters and welders.

By 1920 over 50 trades were open to women including tailoring, 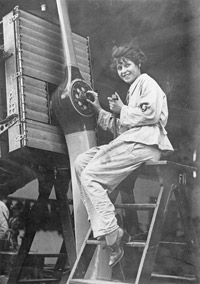 photography, catering, pigeon keeping and driving. The work of these women released men for combat and proved that women could equal men in the workplace.

The minimum age for joining the WRAF was 18 and the selection process complex. Stringent health checks often excluded many poor candidates from polluted cities. Those from educated, upper class families were enrolled as officers, whilst the majority were known as ‘Members’ and became the backbone of the service. 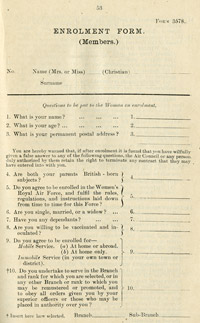 WRAFs fell into two categories.’Immobiles’ lived at home and were attached to their local station. ‘Mobiles’ lived in quarters on or near their workplace and could be transferred elsewhere if required.

Behaviour was strictly monitored with the WRAF constitution and rules laid-out in an official booklet. The published Standing Orders included a ban on smoking on duty and in the street, as well as uniform requirements and the procedure for complaints. The high standards achieved by the WRAF led them to being viewed as the most professional and disciplined of all the women’s services. 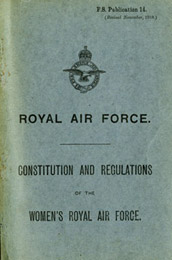 On 24 March 1919, the first group of WRAFs arrived in France to begin their overseas service. Later in the year a decision was made to send a contingent to Germany.

Their purpose was to assist the army of occupation and to replace men demobilised from the forces. Based in Cologne, they were employed as domestics, clerks, telephonists, nurses and drivers and became known as the ‘Ladies of the Rhine’. Dedicated and diligent, they also helped raise RAF morale by staging sports days and dances. 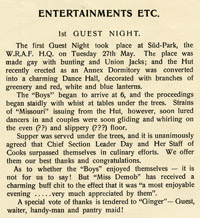 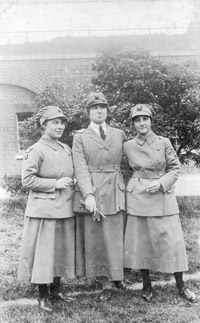 When the order came to finally close down the WRAF contingent on the Rhine in August 1919, RAF sections, unwilling to lose their airwomen delayed the disbandment until the last possible moment. Once again WRAFs had shown themselves to be an invaluable asset to the RAF.