Departure Abroad – via the USSR and France

Few of the future Czechoslovak RAF members came to the Soviet Union of their own free will. One of these was Jaroslav HLADO, later a fighter pilot with 312 (Czechoslovak) Squadron. He entered the resistance after the occupation of Czechoslovakia and later flew East to the USSR when threatened with capture.

All who were unlucky enough to pass through the Soviet Union but lucky enough to survive the experience spoke of their internment. Some of the future RAF members were detained in former monasteries, other passed through the Gulag, which was not much different from the Nazi concentration camps. However, some of them – for example, future flight traffic controller Imrich GABLECH, whose health was damaged to such a degree by imprisonment in the Gulag that he could no longer be involved in fighting as an operational pilot. The veteran Václav DJACUK, who was not an RAF member, but flew in the closing stages of the war as a member of the 1st Mixed Air Division in the Soviet Air Forces, chose to consciously injure his hand so that he would not have to work hard every day and, thanks to this, survived the Gulag. He also recalled that three thousand Czechoslovaks were transported with him to the Gulag, but only three hundred returned. Even before the Soviet Union was itself invaded by Germany, numerous Czechoslovaks were, released from the internment camps, never from the Gulag. The fate of many of these prisoners is unclear to this day. 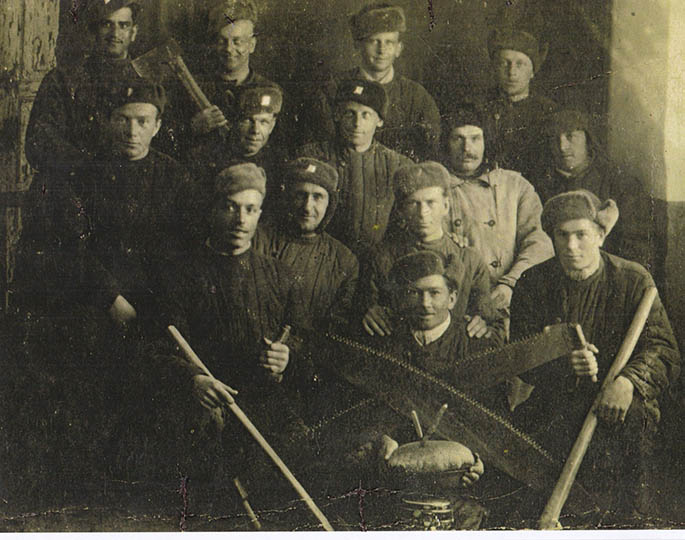 Photograph from an internment camp in a former monastery in Suzdal. Archive of Tomáš Jambor.

France was the next stop after evacuating from Poland or, alternatively, Hungary, Yugoslavia and the countries of the Middle East.

Czechoslovak pilots in France were sent to local training bases. The airmen recalled that the training was very slow. Even though bomber aircrew were also retrained, it was mostly fighter pilots that engaged in combat after retraining for the use with French equipment. Some of the future RAF members served in infantry units at that time.

The first to fall was František BARTON, who crashed on 6th September 1939 on his return from a training flight. Seven months later, the Czechoslovaks recorded their first combat success with a Me−110 shot down in a cooperative effort. The successful shooter was Antonín MIKOLÁŠEK, who was KIA two months later. František PERINA, later a RAF fighter pilot with 312 (Czechoslovak) Squadron and who successfully represented Czechoslovakia in the 1937 Zurich World Aerobatics Championship, became the first Czechoslovak ace pilot. One of the losses that the Czech air forces in France suffered was the death of František NOVÁK, the pre-war military pilot and aerobatic ace. He represented Czechoslovakia at the 1937 Zurich World Aerobatic Championship as well as at the Olympics in Berlin. In France, he worked as a flying instructor. The Germans actually advertised a reward for him. However, František NOVÁK died on 27th Apri 1940 in Paris following complications after a stomach operation. He did not wish to remain in the hospital and returned too soon to his flying instructor duties.

During the Battle of France, Czechoslovak pilots, flying in l’Airmee l’Air, shot down or helped to shoot down 129 Luftwaffe aircraft with a further 25 ‘probables’´. More than 170 of our pilots fought in France. Seven of them were awarded the order of the Légion d´ Honneur at the degree of Chevalier.