Douglas Bader was born in St John’s Wood, London on 21st February 1910 and spent the early years of his life in India before returning to the United Kingdom. His uncle was adjutant to the Royal Air Force College at Cranwell and, at the age of 11, Bader decided that he would join the RAF. 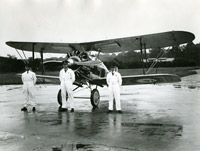 Seven years later, he won a scholarship to Cranwell, graduating in 1930. He was a keen sportsman, representing the College at Rugby, Shooting, Hockey, Athletics, Boxing and Cricket – the College Journal reported a boxing match in which “Bader in his usual ‘no-time-to-spare’ manner went straight at his opponent and knocked him out with two very hard rights. He took about the same time as he did last year, and is a very dangerous man to meet.” 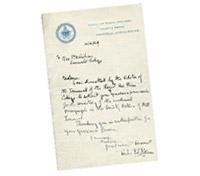 From Cranwell Bader was posted to No.23 Squadron at Kenley, flying the Gloster Gamecock. He developed a talent for aerobatics and in 1931 performed in the RAF Display at Hendon.

On 14 December, shortly after the Squadron’s Gamecocks had been replaced by Bristol Bulldogs, Bader crashed at Woodley aerodrome, near Reading and was seriously injured. His right leg was amputated that day, and the left a few days later. 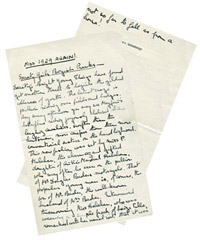 Within six months of the accident Bader had not only learned to walk unaided on artificial legs, but was determined to fly again. Although he was able to demonstrate that he could meet the RAF’s demanding requirements, a medical board ruled that he could not continue as an RAF pilot. He left the RAF in 1933 and joined the aviation department of the Asiatic Petroleum Company, soon to become part of Shell.

For such a keen sportsman the loss of his legs was a terrible blow, but he responded by taking up golf and rapidly achieved a very high standard. He sustained his love for the game throughout his life.