The local area surrounding RAF Museum London has many connections with de Havilland. The Airco factory was less than a mile away at the far end of Colindale Avenue and the aircraft were delivered to Hendon. The de Havilland company was formed at Stag Lane just a little further north and eventually moved to Hatfield. Geoffrey de Havilland lived in Edgware where one of his sons was born before moving to Stanmore.

Many de Havilland aircraft types have been used at Hendon. DH.4 aircraft were based here for the defence of London during 1917 and the last RAF aircraft to fly from Hendon were the de Havilland Devon passenger aircraft of the Metropolitan Communications Squadron.

Little now remains of the aircraft factories in this area. Even Hatfield has now closed and its production has been transferred elsewhere. This exhibition seeks to remind us of the importance of this industry and the part played by Geoffrey de Havilland. 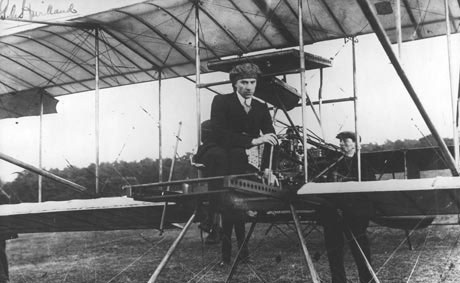