In the aftermath of the Second World War, relations between the wartime allies, Great Britain, the United States and the Soviet Union deteriorated. 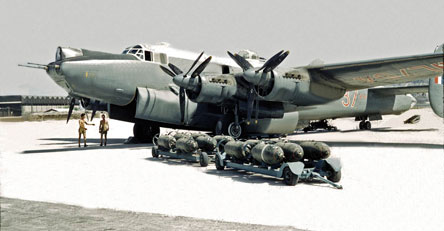 Against this backdrop, Britain’s relationships with its Middle Eastern partners such as Oman were critical. While the Royal Air Force’s physical presence diminished both RAF Masirah and Salalah remained important staging posts and bases until 1977. These air bases played important roles in supporting operations in Oman during the Jebel Akhdar Campaign and Dhofar War from the 1950s onwards.

Until the Royal Air Force formally handed over its Omani airbases in 1977, both RAF Masirah and Salalah hosted visits from a range of aircraft. In 1962, Masirah received a 9,000-foot asphalt runway. The most impressive visits came in the late 1960s and early 1970s when Avro Vulcan’s of Nos. 9 and 35 Squadrons, which were stationed at RAF Akrotiri in Cyprus as part of the Near East Air Force, regularly visited Masirah. 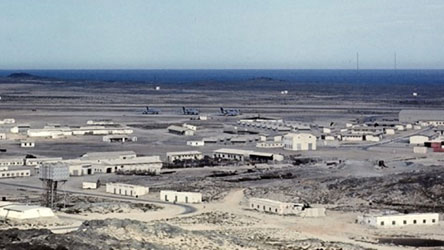 During the 1960s, the Vulcans formed part of the Royal Air Force’s nuclear contribution to the Central Treaty Organisation (CENTO). CENTO was designed to contain the ambitions of the Soviet Union in the Middle East. Other regular visitors included aircraft such as the English Electric Canberra and Lightning fighter.

The Jebel Akhdar Campaign followed a long-running border dispute with Saudi Arabia over the Buraimi Oasis, north-west of Muscat. Although resolved in 1955 with the use of the Royal Air Force and ground forces, a subsequent rebellion broke out in 1957 to the south-west of Muscat, around Jebel Akhdar. Rebels captured the town of Nizwa and the Sultan’s forces were forced to retire. 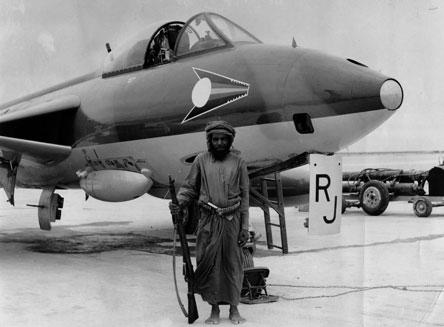 The British government immediately deployed both air and ground forces, including Avro Shackletons (based at RAF Masirah) and De Havilland Venoms (based at RAF Sharjah). Although Nizwa and the surrounding area were quickly retaken, a few hundred rebels continued to hold out on the Jebel’s largely inaccessible plateau. It was only a combined air and ground assault in January 1959 that ended the rebellion and re-established the Sultan’s authority over the interior.

One of the more interesting aspects of life at RAF Masirah was the existence of a narrow gauge railway. This railway, first erected in 1943, was an important part of life on Masirah. The island could only be supplied by sea and then by the railway to the air base. After a hurricane in June 1977, the railway fell out of use and the Sultan of Oman’s Air Force decided not to repair the damaged tracks. One of the Ruston and Hornsby locomotives, YIMKIN, used on Masirah, once resided at the Aerospace Museum at RAF Cosford (now the Royal Air Force Museum Midlands). The Leighton Buzzard Narrow Gauge Railway Society is now restoring YIMKIN. 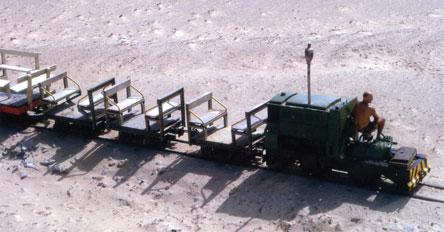