Sir Alan Cobham visited 110 towns and cities in 1929 encouraging them to build their own airports. 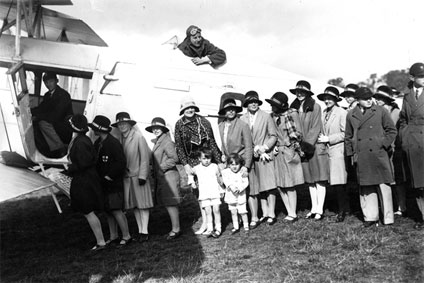 During this tour, Cobham invited officials to fly with him in his de Havilland D.H.61 biplane. He felt that when they saw their homes from above they would want to build their own airports.

He also flew 10,000 children free-of-charge on this tour, giving many their first taste of flight.

Cobham’s company received many offers after the tour to choose the best sites for airports.