The Battle of Britain Phase Five

“In their ‘finest hour’ the British behaved quite differently from the way in which they usually seek to portray themselves. They exhibited a talent for planning and organisation which, in its Teutonic thoroughness, far outstripped that of the Germans. They left little to chance, planned for the worst case and did not rely on luck. Given all this, it is hardly surprising that they won.”

The Most Dangerous Moment 2000

During October, that pressure remained obvious to Fighter Command. As it became clear to the Germans that the British fighter force had not been destroyed the Battle changed. 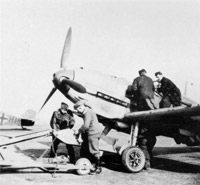 Luftwaffe daylight attacks were scaled back and these now largely consist of single-engined fighter-bombers. On clear days raids of up to 100 took place: these Bf 109s were hard to catch on the way in, and still deadly on the way out. 11 Group’s squadrons were still on alert, and often flew three or four ‘scrambles’ per day. Aerodromes were not now prime targets, but shorter days and dangerous weather brought a new kind of strain.

Mid-October like mid-September, had another peak. The 29th was the last significant daylight battle. The Luftwaffe suffered more than 20 losses. The Italian Air Force took a brief look at Kent, and turned away discouraged by anti-aircraft fire. 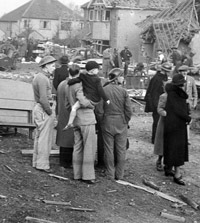 German strategy had changed and the plan was no longer to defeat the RAF but rather bomb Britain into submission, attacking its centre of Government, civilian population and the whole war economy. From early October to early November, London remained the primary target. Most raids averaged 150 bombers; 300 or more appeared on a few nights during the full moon period in mid-October

From November, some pressure came off London as the ‘Battle’ spread further afield. It was clear that a new and different battle the ‘Blitz’ had already begun.