The Women’s Royal Air Force was reborn on 1 February 1949, offering women a full professional career in the air force for the first time. 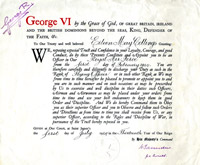 Although women had served alongside the Royal Air Force (RAF) before, it had always been in a temporary wartime capacity.

The passing of the Army and Air Force (Women’s Service) Act in 1948 created the opportunity for a permanent peacetime role for women in the Armed Forces, in recognition of their invaluable wartime contribution. 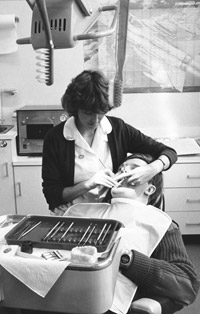 From the outset, the WRAF was to be integrated as fully as possible with the RAF, a source of much pride for its members. All new entrants were commissioned or enlisted in the Royal Air Force, taking the same oath as the men, and subject to the same conditions of service and disciplinary code. 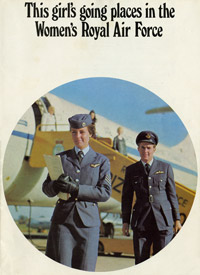 The only restriction placed on their employment was that they should not undertake combatant duties. Initially, female entrants underwent basic training separately, joining their male colleagues for professional training in their chosen branch or trade. King’s Regulations were rewritten to include the WRAF and, except in issues of women’s welfare, WRAF personnel were in principle to be treated like their male counterparts.

On completion of training, WRAFs were posted to RAF stations both at home and overseas, serving as far afield as Singapore, Burma and Iraq. Despite their non-combatant status, the WRAF found themselves at the heart of Britain’s numerous post-war conflicts in places such as Malaya, 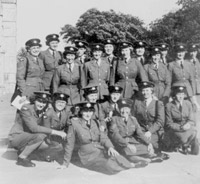 Kenya, and Cyprus where they performed vital support roles, often in dangerous situations.

From 1949, about 80% of trades were open to women including driving, ground signalling, clerical work and catering. Opportunities to fly existed for members of the WRAF Volunteer Reserve but regulars were not yet accepted as aircrew. 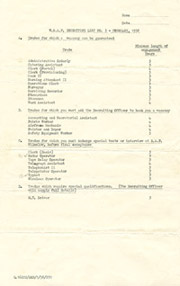 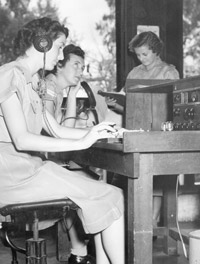 As the Service progressed more technical trades became available such as Mechanic and Air Traffic Control. 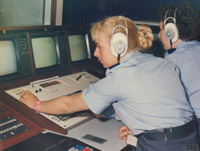 In 1959, the new trade of Air Quartermaster was opened to women. In 1962 these became the first females to be recognised as aircrew.

The WRAF and Royal Air Force (RAF) grew ever closer over the following years and in 1968, female officers adopted the rank titles of their RAF counterparts. Training was also consolidated both at recruit and officer level, and in 1970 the first female entrants were admitted into the RAF College, Cranwell.

Soon after, women began to be promoted to senior appointments and in 1975 Group Captain Joan Peck became 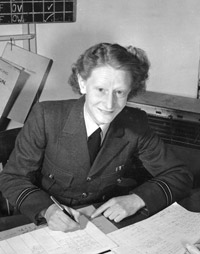 Deputy Director of the Signals Branch, the first woman to hold such a position.

Despite such breakthroughs, the majority of women remained firmly on the ground. It would be over ten years before the concept of operational female aircrew became a reality. In September 1989, the first female navigators commenced training at RAF Finningley, graduating in 1990 to take up posts in the Hercules fleet. Just five months later, Flight Lieutenant Julie Gibson became the RAF’s first operational female pilot, flying Andovers and the multi-engined Hercules transport. 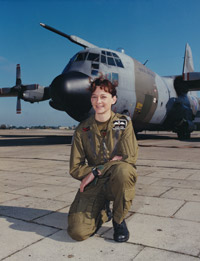 On 1 April 1994, the WRAF formally merged with the RAF, marking the full integration of women into the air force. In 45 years women had progressed from a temporary wartime support role to become full members of the world’s oldest independent air force.